The shapes of things to come.

Artistic puzzle-platformers have seen a surge in popularity in recent years. And why not? Games are indeed an artform, like poetry, painting, theater, music, and cinema before them. Sadly, for every truly artistic endeavor, there’s always an entire army of cheap imitators and copycats out to ride off the success of others without bringing anything new to the table. Fortunately, a game like OVIVO will occasionally come along and prove artistry in the gaming industry is still alive and well.

For a change, there’s virtually no story to speak of. Players take control of a strange sphere with what appears to be an antenna, who I am lead to believe is actually the “Ovivo” referred to in the game’s title. Ovivo navigates a strange macroscopic universe that seems to be composed primarily of black and white. Along the way, our intrepid little sphere will collect symbols that, when pieced together upon a strange wheel, tell a very abstract story whose actual meaning is left entirely to interpretation. 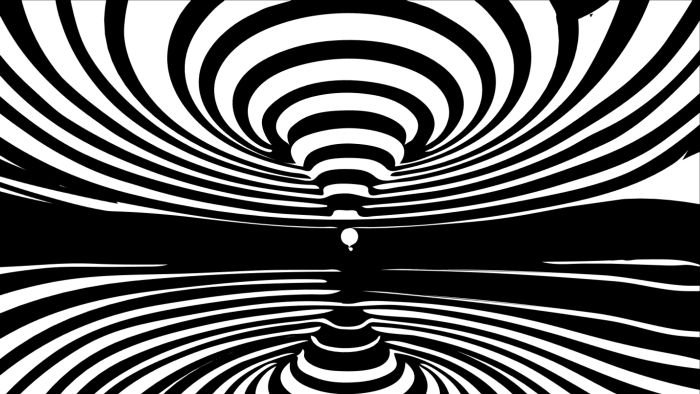 As far as gameplay goes, players simply move Ovivo towards the exit. There’s a few catches, though: for starters, Ovivo can neither jump nor move very fast. Secondly, our hero can switch between the black and the white planes of existence at the drop of a hat. This fundamentally amounts to platforms and spaces switching roles, as well as gravity being reversed. When players start, they’re black and move within white space. At the switch of a key, Ovivo turns white, flips upside down, and moves within the black spaces that were once solid. Using this mechanic, players are able to traverse the playing fields and surmount obstacles that are otherwise impossible in one plane of existence or another.

The lack of a jump button means that switching planes is essential for specific types of movement, but players also need to utilize momentum in order to scale certain heights, both upside-down and right-side up. Falling from one plane into another retains the player’s velocity, much in the same manner as falling through portals did in Valve’s Portal games. Occasionally, a particularly steep slope will require some fancy, quick and rapid switching in order to scale, demanding a fair understanding of the game’s physics from the player. It can be quite the challenge, but fortunately it never quit drifts into frustration territory. An invisible checkpoint system and limitless lives insures that, as does the game’s overall relaxed and meditative mood. 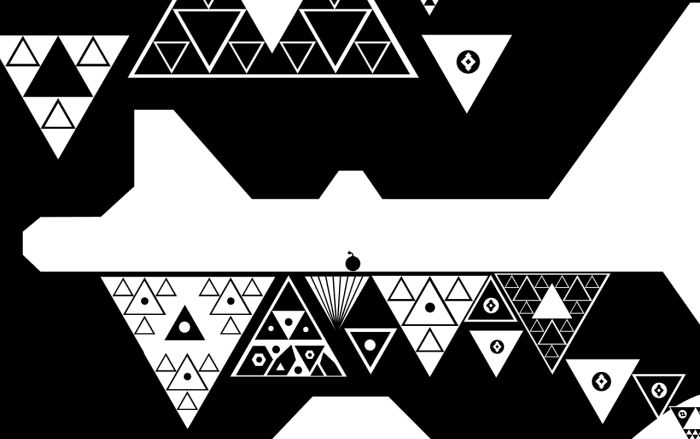 An interesting design choice is to have the game contain no instructions, and present players with virtually no text. From the get-to, you’re thrust into OVIVO‘s strange, monochrome world, and left to your own devices like a baby turtle hatched from its shell alone on the beach. It’s an experiment in deliberately simplistic mechanics, as well as letting players get by on their own intuition. It may not work in other games, but it definitely works here, because OVIVO isn’t not a game weighed down by complex and convoluted gimmicks. All you need to know is that you move left and right, and that space reverses the roles between what is space and what is solid. Everything else falls into place after that, and the game runs with it until its short conclusion.

OVIVO is an utter sight to behold. The game’s world is composed entirely of black and white, creating a very stark and eye-catching work. Additionally, many platforms and background decorations form abstract shapes and other images such as trees or the gaping, toothy mouths of monsters. It feels like players are traversing a vast and extensive work of art. A work of art that happens to be drawn on a long series of ink drawings on a massive, white sheet of paper. Music suits the mood exquisitely, being composed of a series of very minimalist ambient tracks. It draws you in, making you feel like you’re almost inside of a dream, and it suits the gameplay perfectly.

OVIVO is a fantastic example of a game that’s as substantial as it is stylish. It’s a playable work of art, oozing creativity while still being a fun and engrossing experience. The game is not particularly lengthy, but the brief time you spend with it will be one of the most relaxing and introspective gaming experiences you’ll have for a long time. Fall on over to its official Steam page to purchase a copy of your own, or to at least give the demo a try. It comes very highly recommended.

Full disclosure: this review is based on a review key for OVIVO given to Hey Poor Player by the publisher. 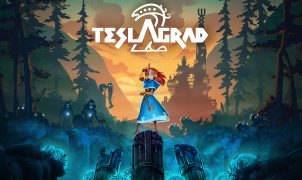 Warhammer 40,000: Darktide Review: Rejects Will Grind   The collection of Warhammer 40K games is insanely huge, with many that I’ve never even heard of before. The one that…