Now for something completely different! 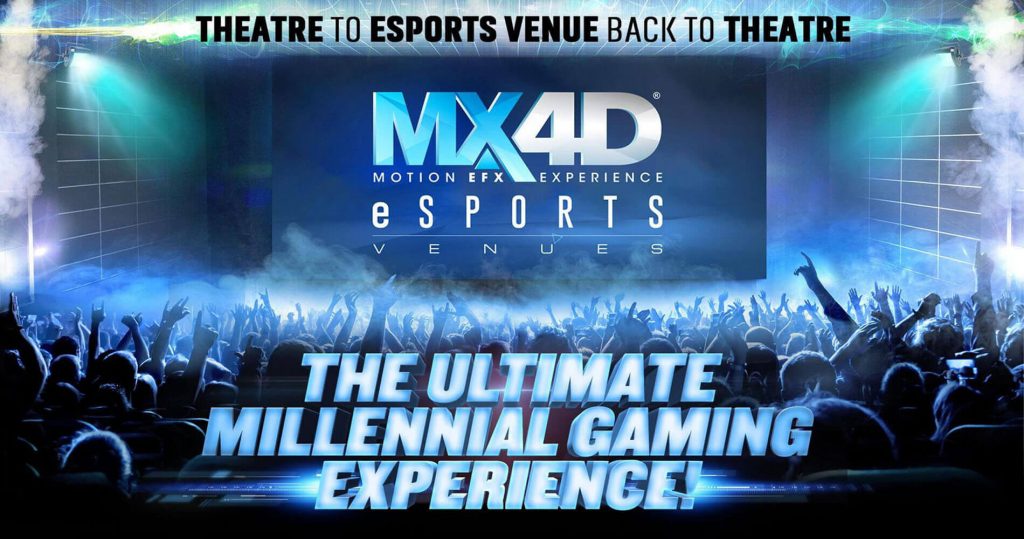 During our trip to E3 this year Hey Poor Player were invited to demo Los Angeles based company Media Mation’s MX4D Esports Theater. If you don’t know who Media Mation is, they are an award-winning technology and entertainment company who has created a worldwide cinema network of over 200 MX4D Motion EFX theaters.   These high-tech theaters include amazing theater fx and provide movie patrons an experience like no other by way of their 4D Motion EFX seats.

If you’ve ever taken a trip to Disney World you’ve most likely experienced taking in a film in a theater with motion seating. These seats can perform several functions such as poking your back, tickling your neck, and spraying water at you during key parts of the film that compliment these actions. Think of Media Mation’s MX4D chairs as the Disney equivalent but multiply the actual fx and comfort by 10. 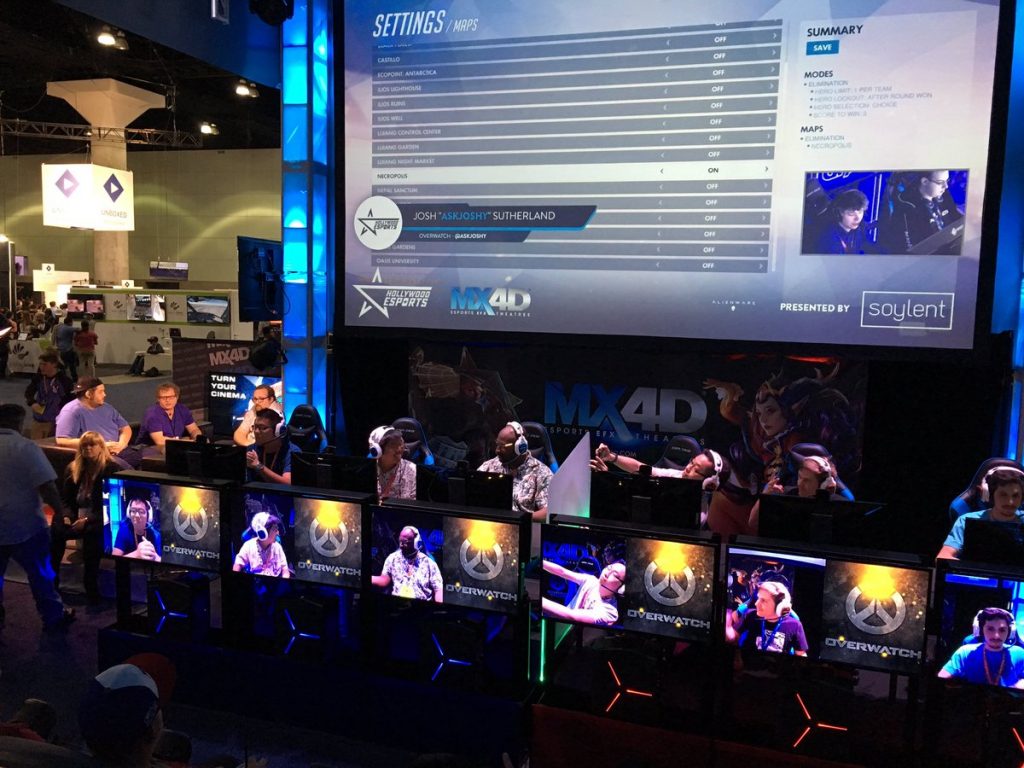 Now here is the kicker. Media Mation wants to let fans of esports in on the 4DFX fun by providing them the option of taking in an esports event while sitting in their MX4D chairs.  Just when you thought watching an action-packed round of Overwatch couldn’t get any more exciting, you can now feel like you’re part of the action itself.

All of the Hey Poor Player E3 attendees were given a chance to take in a round of the popular multiplayer game Vain Glory and experience the MX4D chairs for ourselves.  The first thing that we all agreed on was that the chairs were extremely comfortable. They were big, soft chairs that had a lavish quality feel. The headrest felt good even though they had built in neck ticklers, and the arms had large cup holders that were big enough to hold the ridiculously sized beverages that movie theaters sell nowadays.  The leg portion of the chair gave me plenty of space and I wasn’t kicking the other viewers on either side of me, even while crossing my legs. The overall comfort and feel of the chair impressed all of us. 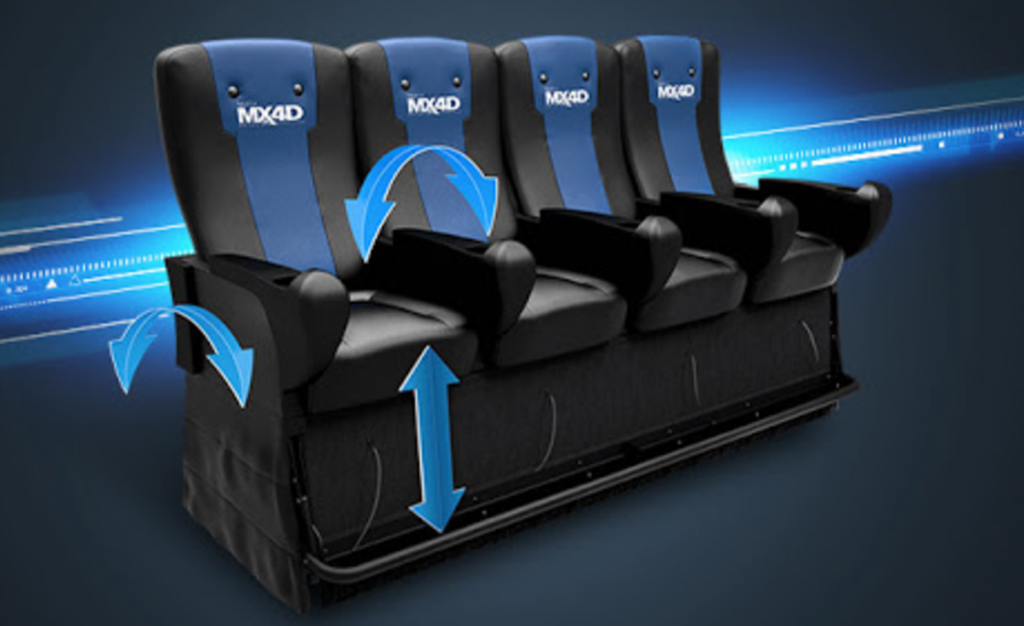 Once the match started our chairs sprung into action immediately. My back was getting poked and prodded as the chair reacted to the action that was taking place during the match. Sword swipes were met with a few blasts of air to my face and kills provided a nice chair rumble alongside a popping seat cushion. All of the chairs were being controlled by the Gamecaster’s desk located directly behind our MX4D seats. The Gamecasters also provided a play-by-play of all the action taking place on the movie screen in front of us.  Under the screen were the contestants, all deep in thought as they strategized and planned their attack. To make the event even more personal, each contestant had a camera on them and their faces were displayed on individual TV’s that were located directly under their spot on the gamestation desk.

About 5 minutes into the match I felt as though I had experienced everything the chair had to offer, but then, in a split second, a burst of water sprayed directly on my face. While we were all laughing I quickly noticed the chairs also had what can describe as a peppermint scent emitting from the sides of the headrest. This was definitely unexpected, but refreshing. After the match concluded it took a minute to take in all the senses that the chair had stimulated. It was definitely an experience like no other.

Even if you live in a city that has never hosted an esports event you can still enjoy the MX4D since the broadcast booth is able to produce and stream live esports content. The chairs  and screens will even work as they would if you were at the actual event! If you’d like your local theater to provide Media Mation’s MX4D ESports EFX experience make sure to let them know about it. Media Mation can be contacted by visiting MediaMation.com.