If Black Mirror was a game, State of Mind would be it 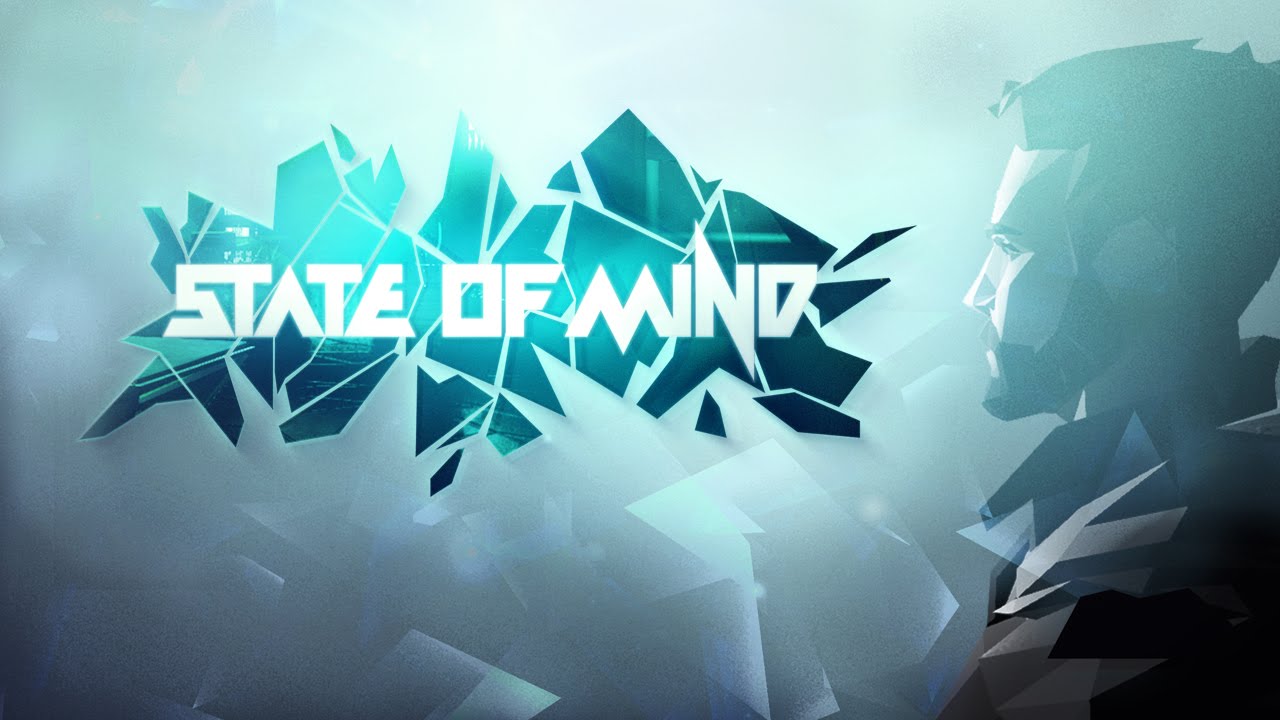 Sometimes, it feels like real life is a dystopia. It feels like artificial creations forged by technology may be our only escape from the druggeries of reality. Set in the rain-slicked streets of Berlin in the year 2048, State of Mind takes that idea and cranks it up by a notch or three. 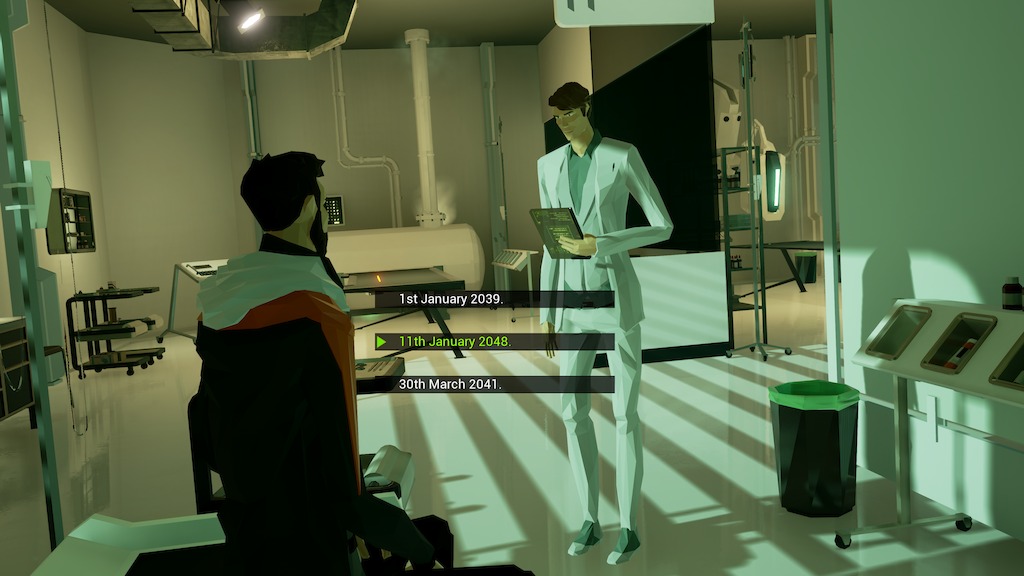 Wake up, mister techman. Wake up and smell the circuits.

My time with Daedalic Entertainment’s newest idea began with some explanation. My host told me a bit about the world, where reality has become such a textbook example of that dystopian idea that an online utopia was created. The idea was to give people a save haven. Pollution and overpopulation may be worse than ever, but technology has only accelerated further. In this world, humans can upload their consciousnesses into this virtual reality.

Although my time with the game was spent entirely in reality (as far as I know, anyway), I was told that the full game would split its time across the two worlds. There are factions who think that the virtual utopia is the one true future of humanity, but there are also those who say that the computer-generated realm is a distraction, allowing the problems of the physical world to grow worse over time. State of Mind is an adventure thriller all about identity, and dissolution with ones own memories.

State of Mind is narrative-focused, and splits that narrative between multiple characters. The rep gave no exact number, but said to expect “more than three.” My time was spent in the shoes of Richard Nolan, a reporter and writer for a large-scale news institution. Before meeting the character, I was told that Richard had been the recent subject of an accident that was messing with his memories. This played out before my eyes shortly thereafter. What followed was a montage of distorted memories. I saw a frozen shot of him with the woman I later learned was his wife, only to see the wife figure change into a completely different person as the shot panned. It was impressed on me repeatedly that sorting through which memories are and are not real is a central component of State of Mind.

I’m Rendering the Man in the Mirror 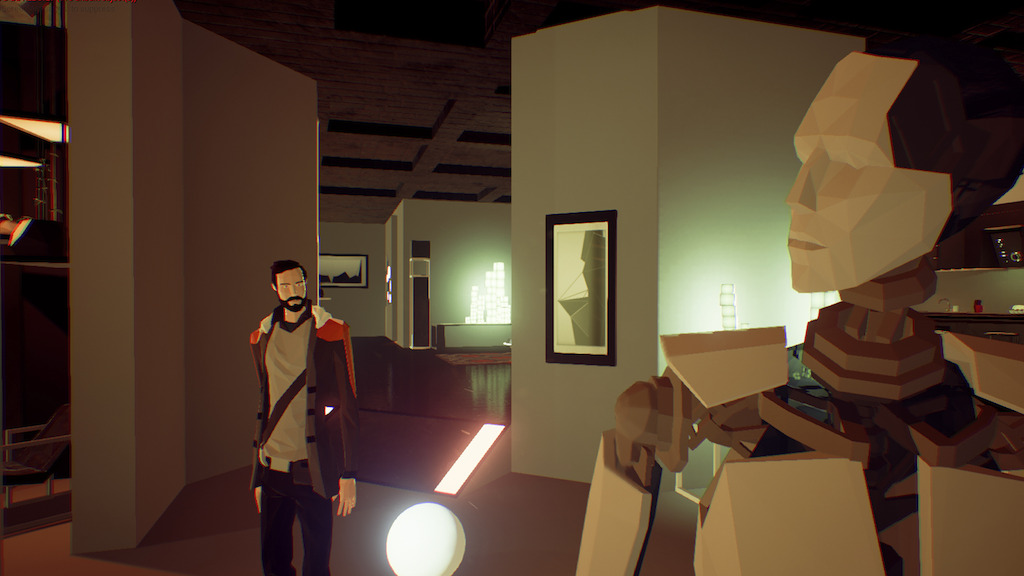 Who went and put robots in my robot game?!

Richard may be part of a techno-centric future, but isn’t always a fan on the robotics and computer companies he reports on. It’s funny, actually. Apparently, Richard himself is a bit reflective of the game’s writer, Martin Ganteföhr, who shares a distaste for technology in many of the same ways. For Richard as a character, this results in a much more fact-focused and non-sensationalist approach to his job.

The demo was mostly a tutorial for State of Mind‘s choice systems. Richard wakes up in an examination room following his accident, and is tested by a doctor about various memories. The doctor showed  several images, first of his wife, and then of his son, and then of his wife’s parents. Each time, I had multiple guesses as to who I was seeing. Sometimes a couple possible names popped up, followed by something nonspecific like “my wife.” Richard’s son had three name guesses, and man, was I not good at guessing that child’s name.

The doctor’s next line of questioning was about what Richard remembered. There were no wrong answers here. This was created specifically to ease the player into the memory-questioning process, which plays a huge part in the full game. Richard is eventually let go with a suspicious amount of ease. My guide pointed that suspiciousness out to me, suggesting it to be part of the larger story at work.

After that, I wound up at Richard’s house. His wife is talked about, but out of the house. The only person home in Richard’s future-deco apartment is a robot. One he doesn’t recognize or like very much, at that. He questions the robots presence. The robot tells him that his wife brought him in for some reason. I was given multiple dialogue options to use in figuring out how to unbox the situation more completely. The option was even there to kick the robot out, if I wanted. I did, in fact! But Richard stopped himself in the middle of the demand, deciding for me that there was more to find out.

Eventually I also learned that Richard was having an affair, cheating on his wife with the same character I saw in his memory earlier. I found out that she will also be one of the playable characters in the full game. I met her via phone call. An interesting note is that any call from a character can be ignored, which will also change the story in dramatic ways. 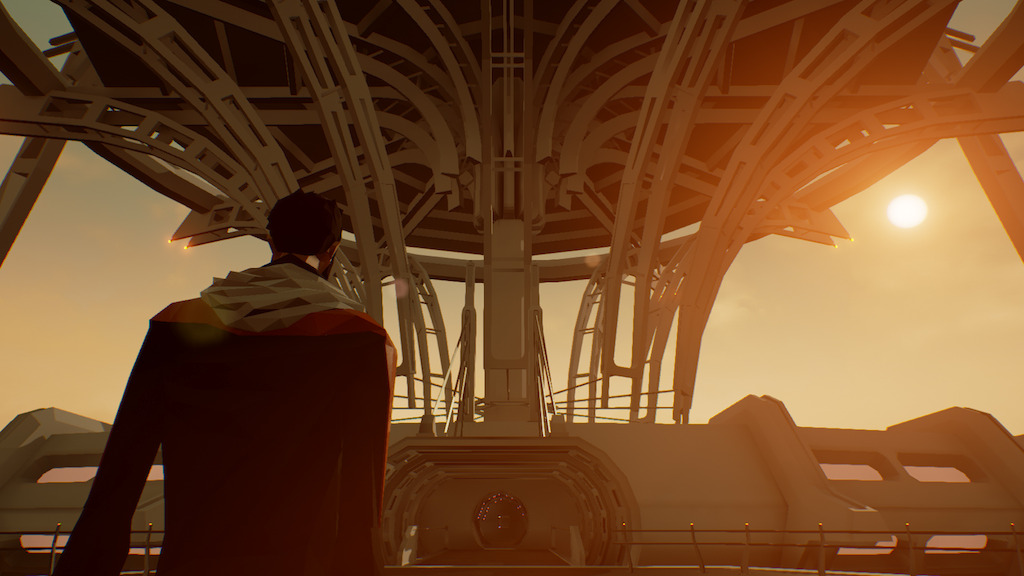 The other main impression State of Mind came prepared to make was purely visual. It was made abundantly clear throughout my preview time  that communicating technology-corrupted nature of the futurescape presented was very important to the developers. This is reflected really nicely in the game’s visual presentation. The game takes an intentionally low-poly approach, to everything from character models to come area designs. Everyone’s face is a mass of triangles sitting on a level somewhere around Brain Age for the Nintendo DS.

This stylistic choice is coupled with a beautiful lighting system. When taking in Richard’s accident, I was immediately impressed by the effect of explosions with high-quality bloom lighting dancing across a man’s face composed of near-reflective triangles. It’s a really engaging effect, and works wonders with the games’ larger themes.

Otherwise, the visuals of the thing are definetley trying to capture a bit of that Blade Runner classic atmosphere. And who can blame them, really? It’s practically synonymous with the genre. Rain-slicked skylines and clinical tech are mixed with some more unique design. The robot who shows up in Richard’s house has a really cool part-metal, part-polished glass look going on. Even on a more superficial level, the entire UI of the game, from info boxes to interactivity options, is canonically all seen by the characters being played. Everyone has some degree of cybernetic implants, like it or not, and so Daedalic decided to have fun with that setup.

State of Mind has some neat ideas. Planned for a release later in 2017, the full game promises to give players a lot of exploration. A big element of the full product will be gathering evidence as to what is real, fake, or newly discovered. State of Mind will be hitting PC, Playstation 4, Xbox One, and the Nintendo Switch. The Switch version marks the company’s first release on Nintendo’s new console. 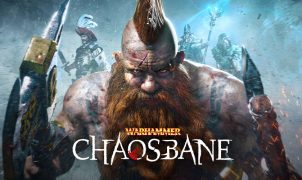