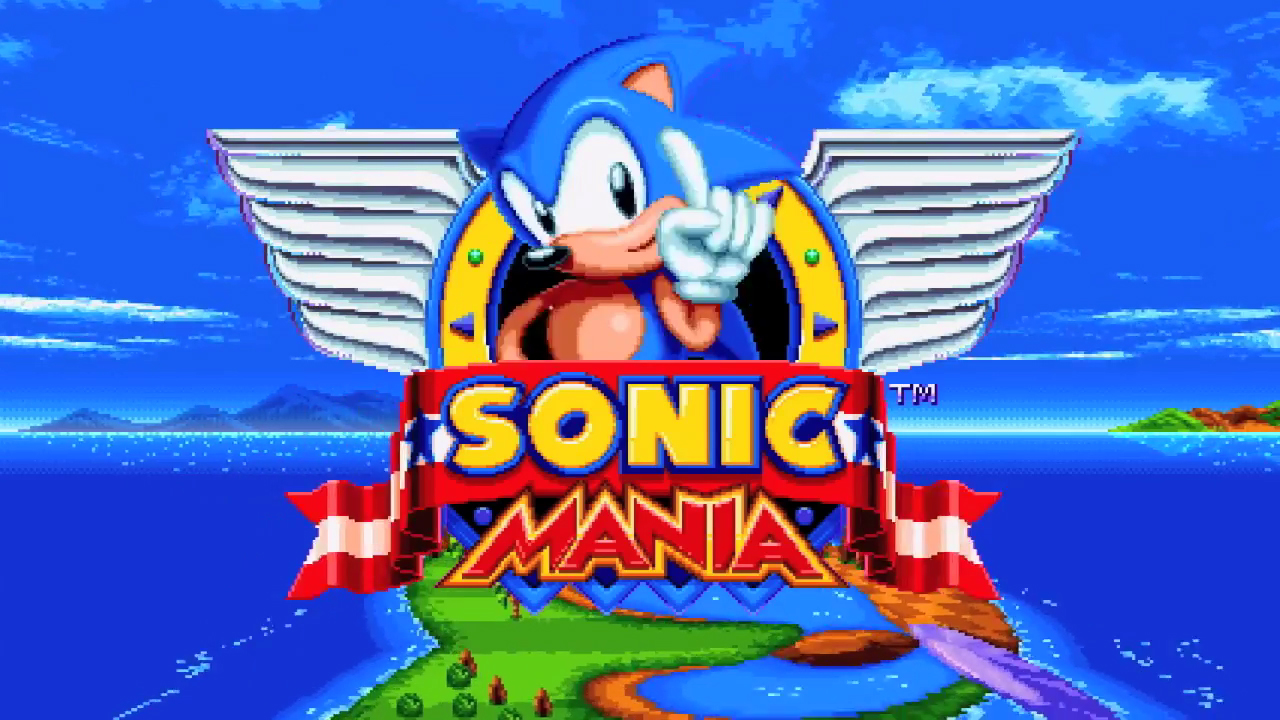 After spending some quality time with Sonic Mania at SEGA’s sizable E3 booth, I can now say for certain thst this upcoming entry in the long-running platformer series marks a proud return to form for the Blue Blur.

While 2010’s Sonic The Hedgehog 4 may have mirrored the style of the 16-bit Sonic titles from the series’ heyday, the game failed to capture the magic of the games that inspired it. Thankfully, that’s certainly not the case this time around. Sonic Mania feels something like a time capsule from gaming’s golden era; like a long-lost treasure that was tucked away in 1995, only to just now be exhumed for the masses. 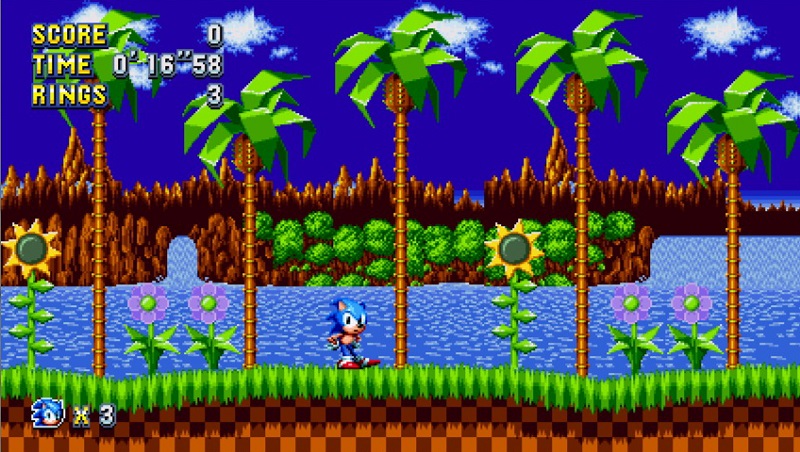 What would a Sonic game be without a return to Green Hill Zone?

During our time with Sonic Mania, we got to experience two stages: Green Hill Zone and Mirage Saloon. Green Hill Zone hardly needs introduction. First made popular in the original Sonic The Hedgehog in 1991, it’s back once again, albeit with some slight alterations and surprises to keep veteran players on their toes. For example, if you run across the spinning wooden spike traps while equipped with the Flame Shield power-up, the wood will burn away and send Sonic plummeting below. Apart from that, it’s business as usual as you smash and bash robot crabs and bumblebees and reduce ill-tempered mechanical fish to scrap metal. When you finally make it to the end of the first act of Green Hill Zone, you’ll be greeted with a nostalgic mini-boss that long-time fans of the series will surely appreciate.

The second half of Green Hill Zone is a more kinetic experience as Sonic zooms across arrays of zip lines, taking care to avoid the baddies who’re hoping to send our spiky hero into the churning waters below. This act is capped off with a spectacular fight with Doctor Robotnik as he commandeers a giant mech similar to the one from Death Egg Zone in Sonic The Hedgehog 2. During this encounter, the stage continuously scrolls as Robotnik fires off grinding mechanical arms at the player. To beat him, you’ll have to race up his arm after they smash into the ground and bash him on the noggin. It’s a fun and incredibly frantic fight that serves as the perfect introduction to Sonic Mania.

Shaking off the dust 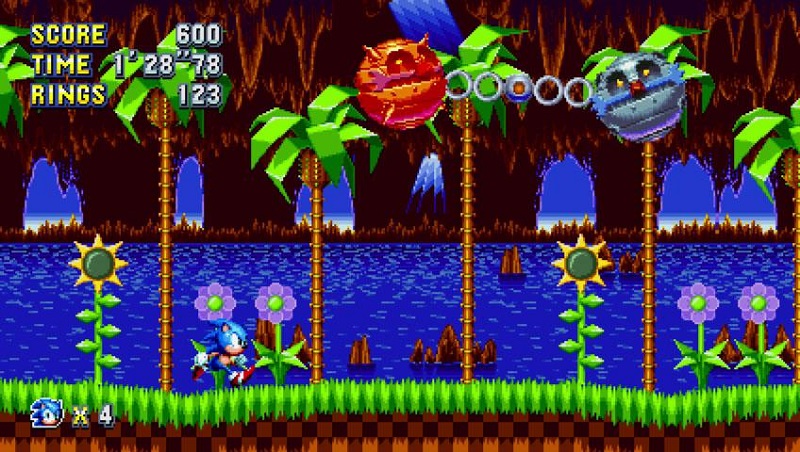 Feeling all warm and nostalgic yet?

The second stage on display at E3 2017 was Mirage Saloon Zone. This western-themed romp has Sonic spin-dashing his way through a dusty desert and – as the level’s name implies — old-timey saloons. Saloon awnings function like the pinball flippers from Sonic 2’s Casino Night Zone, sending you hurtling through the sky and into the chamber of massive pistols positioned throughout the stage. Once locked and loaded, you can pull the trigger to send Sonic soaring through the sky. Jets of water gushing from spigots also make for excellent impromptu bridges in a pinch, letting you do your best Jesus impersonation as you speed across the droplets towards the stage’s finale.

In terms of presentation, Sonic Mania is pure eye candy for fans of the original Genesis saga. The visuals are vibrant, backgrounds lively, and the sprites pack all of the charm you could hope for. It’s not hard to imagine Sonic Mania running on a dusty old Genesis. And If you ask me, that’s a good thing.

If you’re a fan of quality chip-tunes, Sonic Mania certainly won’t disappoint, either. Each of the tracks that were showcased were lively and energetic, packing more toe-tapping synth appeal than you can shake a Yamaha YM2612 sound chip at. Again, if you like the tunes in the Genesis’ Sonic offerings, you’re going to like what you find here.

All told, Sonic Mania has left me very impressed so far. Developers Headcannon and PagodaWest Games have delivered what is very obviously a labor of love to E3 this year. If this early sample is any indication of what to expect when the game launches later this year then Sonic fans are in for a real treat.

If you’re eager to get your mitts on the game for yourself you won’t have to wait long. Sonic Mania spin-dashes onto the PlayStation 4, Xbox One, Switch, and PC on August 15, 2017.