Sora and pals visit the world of Hercules in new Kingdom Hearts 3 trailer. 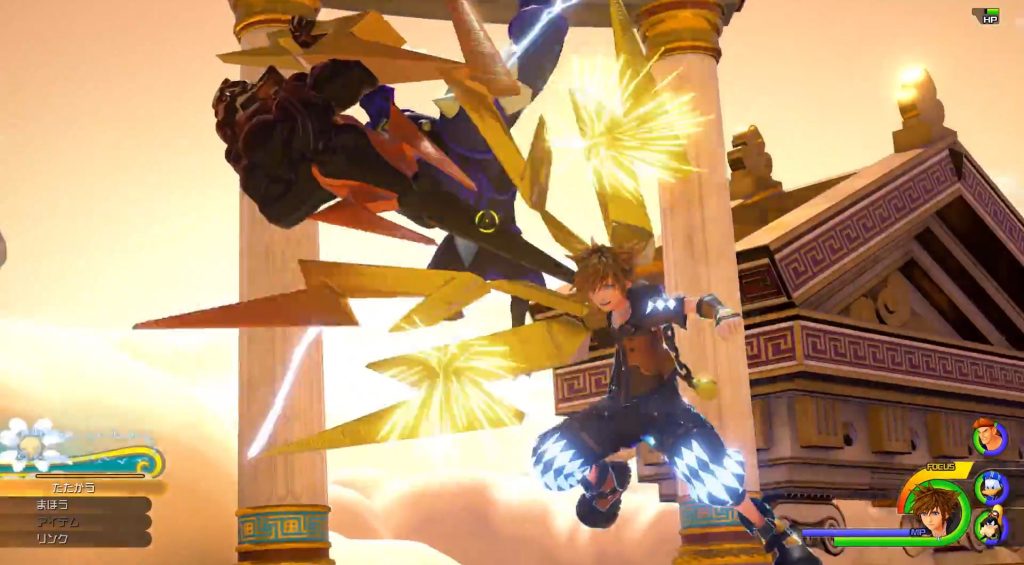 The Japanese YouTube account for Square Enix has released a new Kingdom Hearts 3 trailer, focusing on gameplay. This new trailer focuses primarily on the Olympus world from the Hercules movie. The gameplay shows off a lot of both new and familiar features including the transforming keyblades, magic, and new combo attacks that Sora can pull off with his party members. The trailer ends with a message revealing that another trailer will be released July 15th at the D23 Expo alongside the announcement of a new world in the game.

No release date was announced but you can watch the trailer for yourself below.