Bubsy The Bobcat Returns in The Woolies Strike Back

This is not a joke. 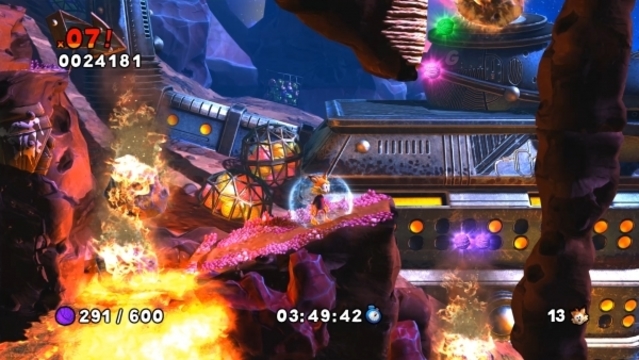 No, your eyes aren’t deceiving you: Bubsy the Bobcat –yes, that 90’s sidescrolling rip-off of Sonic the Hedgehog–is returning for a brand new game in 2017 for PS4 and PC. And we thought it was weird enough we were getting a sequel for Shaq Fu!

Titled Bubsy: The Woolies Trike Back, what makes this revival even stranger that it’s being published by the original developer! Accolade, a dual publisher/developer that was absorbed into Infogrames back in 2000, makes its comeback with the new game as according to Gematsu, although it will be developed by Black Forest Games (Giana Sisters: Twisted Dreams). The game will follow the titular character as he seeks the “Golden Fleece” while combatting the Woolies, sharks and UFOs with a collection of new and classic moves.

In case you’re still thinking this is some kind of bad joke, here’s the trailer below. Oh, and don’t forget to check the totally cheesy interview with Bubsy himself over at Gematsu. The interview mentions the 60,00 votes for the Bubsy Two-Fur re-release package on Steam; perhaps that was the impetus for his return?

Do you still think this is some sort of living nightmare, or are you excited for Bubsy’s return? Let us know in the comments below!

Bubsy: The Woolies Strike Back Gets Limited Physical Eition