You’ve Got an Unknown Armies Group. Now Throw the Book At Them. 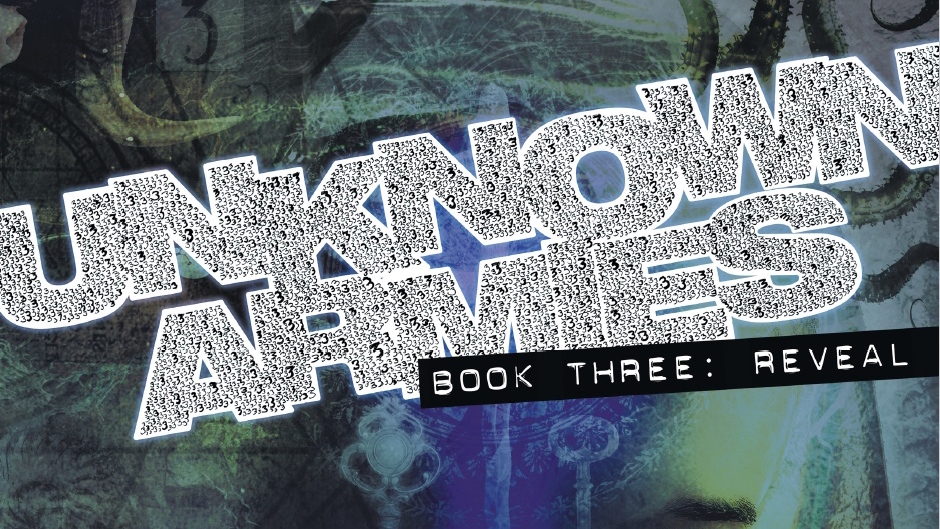 So, you read the last two articles about Unknown Armies. You have assembled a group of magical weirdos. You’ve got your pencils, your papers, your dice. But what you have now might not be enough. The first of the two core books gave you systems, and even a couple monsters and factions to deal with. But, if you’re like most game masters I know, that’s not enough. You have a skeleton, but you need hunks of meat for your players to bite off and chew. Unknown Armies – Book Three: Reveal gives you material to do just that.

This is the book for you if you want lots and lots of fluff. Unknown Armies – Book Three: Reveal gives you an entire buffet of options. These range from the merely odd (did you know Coffee assists in rituals and spells that make order from chaos?) to the balls-out terrifying (for example, The Butter Knife ritual, p. 20, which starts with a home invasion and gets worse every step of the way). All of this comes with very minimal crunch, leaving a lot of room for game master fiat.

Everything breaks down into a couple of categories: Artifacts, Rituals, Conspiracies, Game Master Characters, Unnaturals, Magickal Schools, Archetypes, and Unnatural Phenomena. Then there’s a whole chapter of almost flat out Denials (just… just take off the tinfoil. It just makes you look dumb). All of those categories more or less are broken down in the first introductory chapter, which also gives you a handy index for specific entries – be they in this book or the other two core books. Additionally the chapter covers slang from the Unknown Armies setting, and briefly touches on concepts you may need refreshers on.

Want a taste of what waits inside the book? Here’s some weirdness for you:

All of these and more are crammed into this tome with just enough information for you to use them out of the book, but not so much that they’re too rigid to be adjusted.

The stat blocks for what’s in the book are thin if not wholly absent in many cases. Magic is very straight forward when it comes to rituals for instance. All you need are the listed number of charges required for the ritual and to follow the directions exactly (bogus rituals are almost par for the course in the setting – and often times fatal). Main characters? Just throw in a couple of identities, special powers, and use default skill blocks for a lot of the rest – boom, you have a generated character without agonizing over every last thing. Unknown Armies really tries its best to let the system come in when it’s needed instead of having it come down on every bit of action, so it’s not too surprising, but might disappoint the simulationist in you.

Most of what does come up in crunch terms is how things mess you up physically or mentally, a core mechanic for any Unknown Armies game. Additionally, it can set up a couple of Gridirons for you to show progress of supernatural effects or deleterious powers employed by unnaturals over a period of time.

But, Should I Buy It?

I’m on the fence about whether or not this is ‘must have’ material. In my younger years I would have boldly proclaimed I could make my own damned stuff up. Now that I am an adult with grown-up responsibilities and addictions, I don’t have the time (besides, I save my best made up stuff for my own stories). So this is a great way to either pop in some pre-made baddies or to give you inspiration for something suitably weird enough to place in your Unknown Armies game.

One particular flaw I found though was the organization of the book. They have listed everything alphabetically. This works in a sense – if you know exactly what you’re looking for. I can’t help but think it would have been better organized in terms of types. A section for secret societies, for unnaturals, and so on.

Also, they spend a fair amount of space on covering things already treated in other Unknown Armies books. That space might be better spent towards creating even more weird stuff. Gamers sometimes resent having paid for something they already got, no matter how small.

In the end, I’d recommend it for those who need a leg up when it comes to generating weird stuff. For all it’s minor flaws, it’s still a good treatise on the setting’s strangeness. When you run Unknown Armies it’s always good to have as much bizarre content as possible on hand.