Come on down to Johto, we’ve got fun and games. 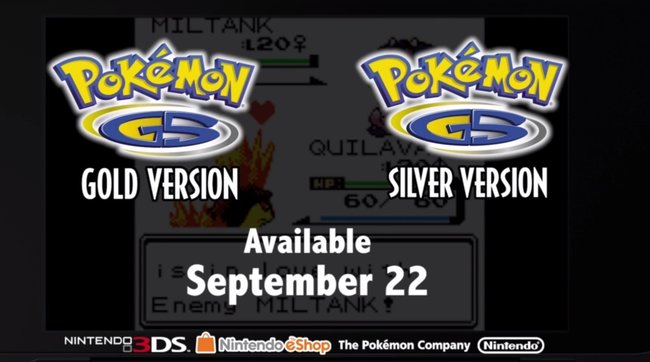 During this morning’s Pokemon Direct, it was announced that Pokemon Gold & Silver will be making their way to the Nintendo 3DS Virtual Console this Fall. The ports will be coming on September 22, following in the footsteps of Pokemon Red, Blue & Yellow making a Virtual Console debut over a year ago.

It was also announced that, like with the first-generation games before them, the new VC versions of Pokemon Gold & Silver will feature full Pokemon Bank support. It has also been confirmed that, as with the generation 1 titles, players can easily battle and trade between games using the 3DS’ wireless capabilities. No news has come out pertaining to how they may be able to interact with the Virtual Console versions of previous games. Interestingly, Pokemon Crystal was not mentioned, suggesting that the third-version counterpart to Gold & Silver may see a release at a later time.

Pokemon Gold & Silver first made their debut for the Game Boy and Game Boy Color back in 2001 in the US. As the second generation of games, they feature the entirely new Johto region, as well as the return of the neighboring land of Kanto from Pokemon Red, Blue & Yellow. The games were praised for their larger world and more expansive collection of creatures to capture and train. After long fan demand, Gold & Silver were remade on the Nintendo DS in 2010, as Pokemon HeartGold & SoulSilver. Although both the remakes and originals are still praised as some of the best games in the series, this will be the first time the original versions have gotten the port treatment.

Pokemon Gold & Silver will be hitting the 3DS eshop on September 22, charging forth along with Pokken Tournament DX and Pokemon Ultra Sun & Ultra Moon as part of the wall of Pokemon content coming our way later in 2017. 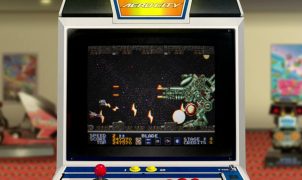