Better throw away the key while you’re at it

In terms of both critical and fan response, the 2008 DS Lock’s Quest was one of the best titles on the system. With great tower defense gameplay, stylish pixel art, and a decently long story campaign, fans were hoping that the game would be continued in some form or fashion. Almost a full decade later, THQ Nordic and Digital Continue heard a few fans crying out in the distance and decided it was about time to port the under-played gem to today’s consoles for all the new lads and ladies to experience for the first time, myself included. I have heard nothing but good things about the DS original, so when Hey Poor Player asked if I would be willing to accept the review, I hurriedly agreed.

Little did I know that Lock’s Quest on the PC is one of the shoddiest excuses for a port that I have ever played. While the game boots up just fine, and advancing through text during the story worked as expected, when gameplay started to actually occur, did my elation slowly turn into bitterness and defeat. 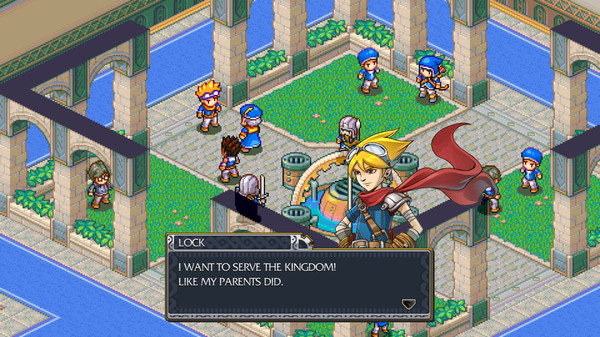 The Character Portraits in Lock’s Quest look great at least

Lock’s Quest should play like a standard Tower Defense staple, where you build walls, set up turrets and traps, and try to defend yourself and various goals from swarms of enemies that want you dead. Generally one would drag or click where they want a particular piece to go, set its rotation in just the right way, and let the battles go on. It’s a type of game that has been done countless times on computers, so much so that it shouldn’t be anything but a cakewalk to start up and play. Lock’s Quest on the other hand, is more devious than most tower defense staples, in that its hell to move anything remotely properly. How could someone mess up gameplay, you ask? I’m not sure how the developers did it, but they made the game unbearable to move basic tower pieces to set on the battlefield, much less try out anything even remotely complicated. There’s no way to see where your pieces are going with the mouse, which is so sensitive that moving it just slightly could mean that the tower you wanted to place near the left castle fortress could go all the way to the other end of the screen. Rotating a turret to face north could instead flip any way it wants to since the simple act of clicking the right mouse key is too hard for the game to handle. There is currently no way to adjust the sensitivity of the controls either, so what you see is what you get. Sometimes the game refuses to allow you to deselect a certain piece of wall until you build so many that you run out of building points. Sometimes you can’t tell if you have given the correct command to repair broken pieces until it’s too late and they crumble into pieces. It’s one of the absolute worst control schemes that I have ever witnessed in a game.

Reasonably, I figured that it could very well be my mouse that was having issues, since there surely wasn’t a way the controls would be fucked so badly. Not by an actual publisher, and not a Steam Greenlight trash bin of a game. I went and borrowed a roommate’s mouse to see if it being wired would make any difference. “Nope,” said Lock’s Quest, “I am just as annoying to start playing as ever. Deal with it.” 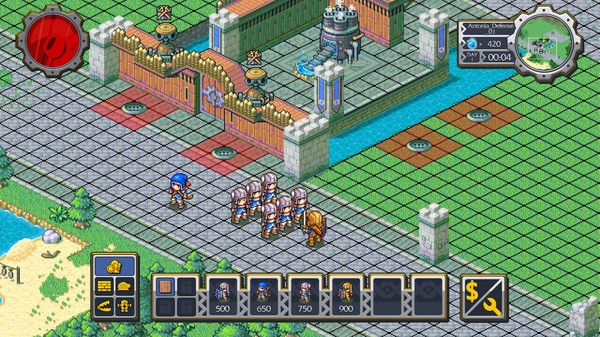 Too bad the controls are garbage

Now more upset than confused I went to the store to buy a completely new mouse for the PC, as there was a glimmer of hope that this would somehow fix the issue. Not only did Lock’s Quest laugh at my pathetic attempts, it also shorted me out the ten bucks on the new computer part that I didn’t really want, and in this case, need to get in the first place. Needless of my shortcomings, I decided to start over and at least try to get through the game as much as I possibly could. Around the ten hour mark, and taking liberal pauses in between levels to calm myself down over the abysmal gameplay experience, I had to stop. It was actively making both my mental functions and the hand that was trying in vain to play hurt. There is an option to play with a controller, though unfortunately I did not have a working on on hand while conducting this review. If that fixes up even a bit of the gameplay, then that would be the only way to play Lock’s Quest, as the mouse and keyboard make the game an unplayable mess.

Not everything is total doom and gloom for Lock’s Quest however I may melodramatically put it. As a program, Lock’s Quest ran smoothly, and without much, if any, lag to speak of. The art design is pretty splendid to look at, though at times it shows its face as a portable game blown up on a computer screen. While most of the models look more blown up to accommodate the larger screen size, the new artwork for the character portraits and GUI look absolutely fantastic. The music as well is pretty fun to listen to, and should I have actually been able to play the game properly, I may have enjoyed it more than as an afterthought. The story that I was able to get through was pretty interesting in its own right, with a well established lore from the Outset. It’s a shame that unless I get to urge to find a copy to the original however, I will most certainly never have the chance to experience it fully.

In all honesty, I really wished that I was able to say that I enjoyed Lock’s Quest. I had hoped that it would be a game that I could recommend to the masses that have missed the original DS game as I had done in the past. But alas, this scrapheap of a port will be long forgotten by most, except for those unlucky enough to have experienced it first hand. Should the developers find it in their good hearts to actually go and fix the myriad issues that Lock’s Quest on the PC has, then I will gladly give it another chance and review it at a later date. Now that the game has been out a week with no such update, it is with a heavy heart that I give Lock’s Quest the lowest score that I have ever given a video game. Farewell, Lock’s Quest, though you were given to me as a code from the developers, I still feel like you owe me the money for that new mouse.

“Full disclosure: This review is based on a Steam for Windows review copy of Lock’s Quest given to HeyPoorPlayer by the publisher.” 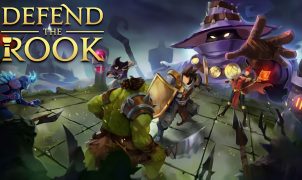 Defend the Rook Review: A Solid Foundation in Need of More Bolstering     One thing that I’ve always found particularly cool about video games is just how much…