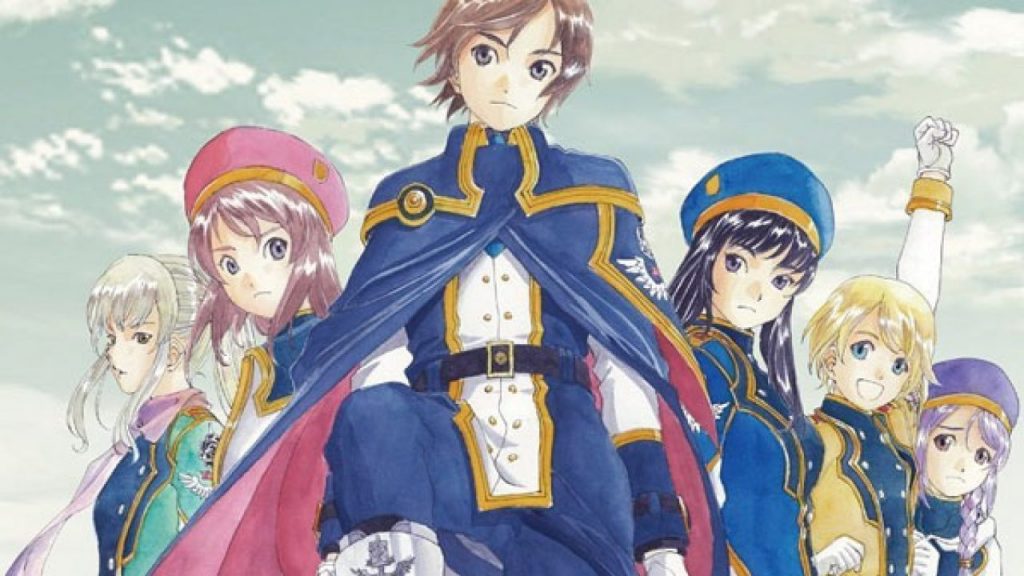 What do you get when some of the most brilliant minds behind of Ah! My Goddess and Tales of Symphonia cross paths? You get the Visual-Novel-Turned-RPG creation Dark Rose Valkyrie. Developed by Compile Heart and published by Idea Factory International, this title mixes many different eras of gaming into one giant tale – one that both Visual Novel and RPG fans alike will appreciate for its interesting dialogue, complex story line, and fantastic battle system.

The year is 1929, and the Chimera Outbreak is plaguing the lands, turning unsuspecting animals and humans into hideous, uncontrollable beasts that attack anyone on sight. You take the lead as Asahi, the plucky young captain brought in from the countryside to fight against these vicious monsters. Still wet behind the ears, he requires a lot of help from his underlings to explain what’s going on (and do battle alongside him). This is just as well, because Asahi has more than just the basics to learn from the soldiers in his charge, and he spends a lot of time talking to them about their lives, interests, and relationships. 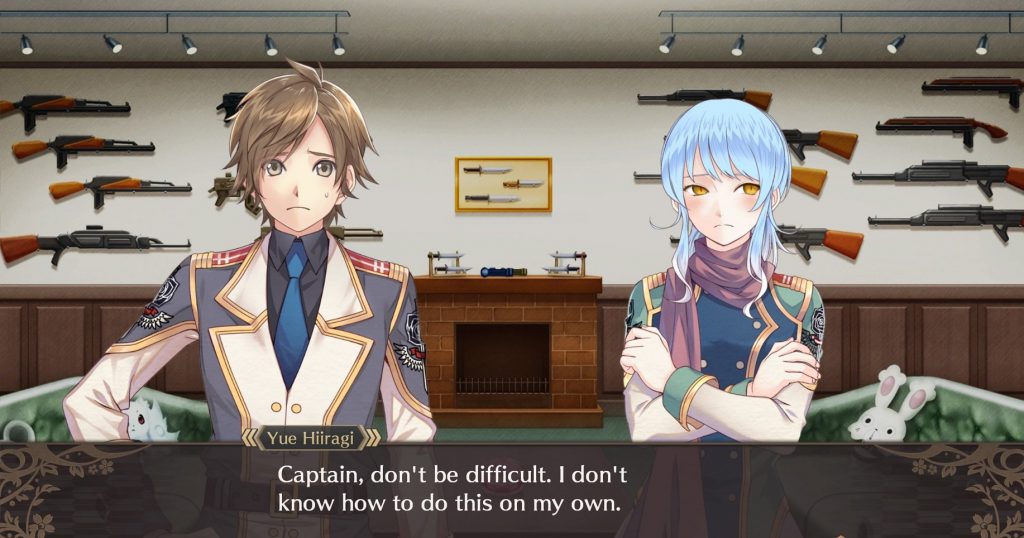 While the Chimera are strong, the task force dedicated to taking them out is much stronger, as they have a secret weapon – the Valkyrie. The Valkyrie is a MASSIVE sword-like weapon that is bigger than the wielder. It hits hard on its own, but the user can unlock its secret power to deal some tremendous damage. If the power is used too much, though, the user will become fatigued, and a split-personality will be created, so use with caution.

As Asahi and the gang fight Chimera, they also take the time to talk and learn about each other. Since this is a Visual Novel as much as it is an RPG, there is a lot of dialogue and conversation. The game features both Japanese and English audio, and while the English audio was certainly done well, the Japanese audio seems to suit the characters better – especially Asahi. During these dialogue options, you have the ability to choose things to say and direct the conversation one way or another. Your choices will determine the outcome of the game, as one team member will ultimately betray you – who, exactly, is up to you and the choices you make. 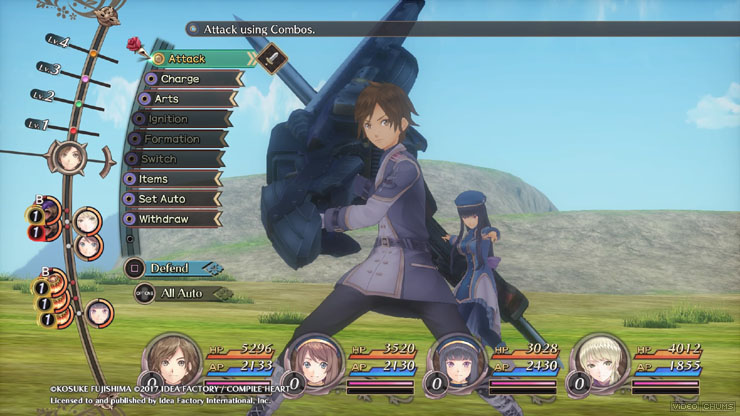 The battle system is perhaps the best thing about this game, as it is reminiscent of old-school Final Fantasy. The turn-based combat is easy to pick up but features layers for those wanting to get more strategic. Basically, there’s a ring on the top left corner of the screen, and both characters and baddies make rotations on this ring, like several icons following the same orbit. When a character’s icon matches up to the middle, it’s that character’s turn. You can then decide to do one of several attacks, each one taking a varied amount of time. Generally, the longer the time needed to charge, the more damage dealt. Do this until the Chimera drop, then cue the victory music. Definitely a great trip for retro RPG fans!

Dark Rose Valkyrie features at least two different types of graphics – a Visual Novel style and a third person RPG view. While the character art in the Visual Novel style is gorgeous (considering the creators, no one should be surprised), the third person graphics leave a bit to be desired for this price point. It had the feel of a PS1 era title with updated graphics – something about the scale and movement seemed a bit dated, but without the chunky polygons of bygone games. At times, the overworld map seemed incomplete and even lazy, with the characters being too big for the buildings around them or the streets just seeming empty and without NPC life. While it isn’t a deal-breaker, it certainly is a bit of a letdown for a $60 game. 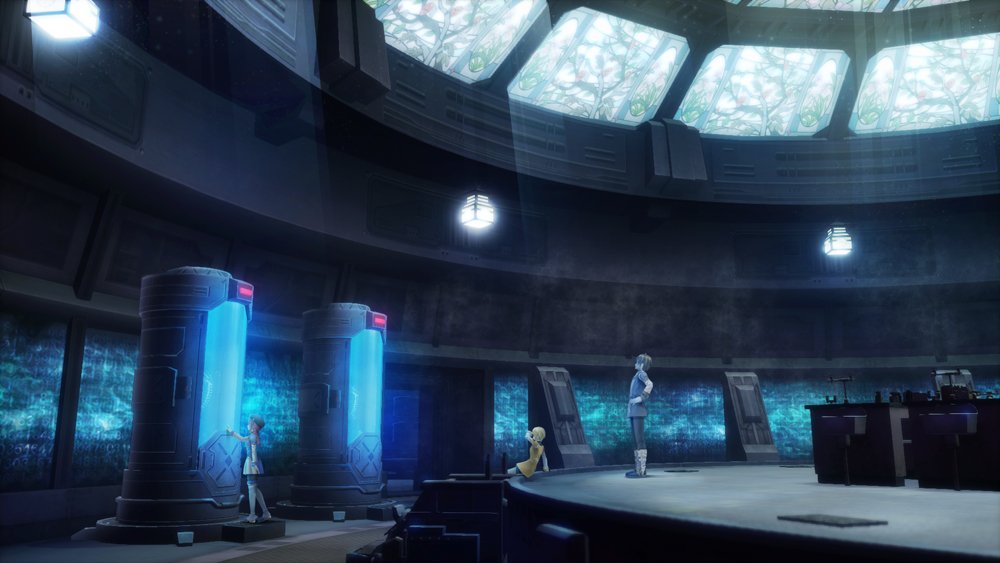 The music is to be expected from a JRPG – upbeat, bubbly, but not too annoying. You could listen to it in the background and not want to grind your teeth in frustration. Essentially, it’s the hallmark sound of a classic Visual Novel, but does have some battle tunes thrown in for good measure. It gets the job done, and that’s all that matters.

If you’re a fan of old-school RPGs and/or Visual Novels but are itching for something a bit different, this is the game for you. If you’re a completionist or a choose-your-own-adventure type who loves seeing things to the end, then this game is definitely for you. Dark Rose Valkyrie attempts to do a lot in one game and accomplishes it gracefully, meeting all expectations (and exceeding them when it comes to the battle system). And while it’s not GOTY material by any stretch of the imagination, it’s a retro RPG grindingly good time.

Full disclosure: This review is based on a PS4 review copy of Dark Rose Valkyrie given to HeyPoorPlayer by the publisher