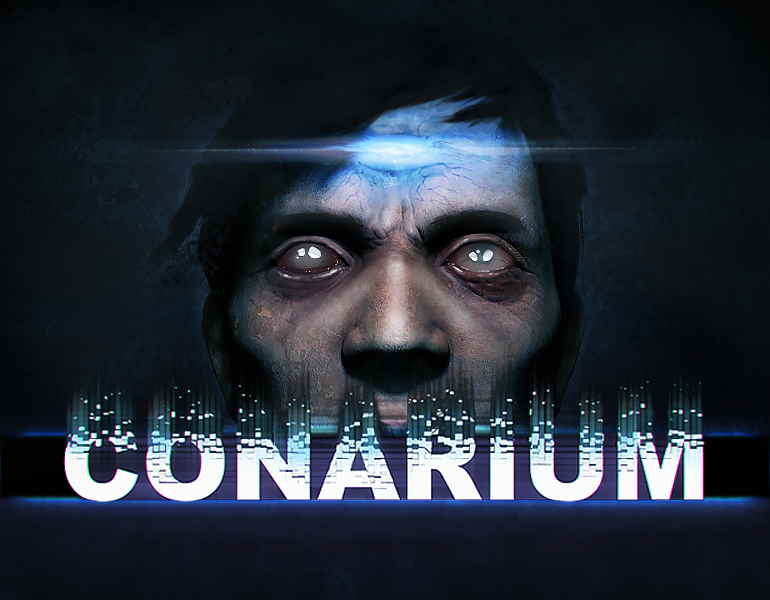 When Hey, Poor Player received a review copy of Conarium, I was first in line. After writing my preview last month I was intrigued by its atmosphere, but its puzzles left me wholly unsatisfied. The question that drove me forward was this: Will Conarium ever live up to its own macabre mood?

Unfortunately, the answer is a definitive no. My thoughts on the preview align with my thoughts on the full game—there’s a whole lot of style and very little substance. If anything, the issue is more pronounced in the full version of the game because the preview was a slice from Conarium’s meatiest, tentacled cuts.

In Conarium, you play as the amnesiac Frank Gilman as he explores an abandoned research base in the Antarctic. Bits and pieces of his lost memories wash over him in glitched and broken waves. These provide the most direct narration of the game, introducing shadowy characters and frightening revelations.

You choose how much of the story to piece together. Books and journals are littered about the game, providing insight into the mysterious expedition. I will readily admit that I have never been the type of person to read scraps of lore—even in my favorite games. Conarium is no exception. From the little I read, I gathered a few important tidbits about the plot. Frank Gilman joined the crew at the behest of Dr. Faust, the expedition’s lead researcher whose name betrays his dubious intentions. There is a connection between a mysterious alien plant and the terrible fate of Gilman’s comrades, their faces gruesome and disfigured. Even Frank Gilman himself may not be who he seems…

Yet these mysteries fail to make up for its sluggish pacing and uninteresting characters. Games like Persona and The Witcher get away with slowly unfolding tales by having characters who you can sympathize with and root for in their darkest hour. Watching and interacting with them is engaging even as the story itself plods along behind them. Conarium lacks the strength of writing to make you give half a damn about its characters. 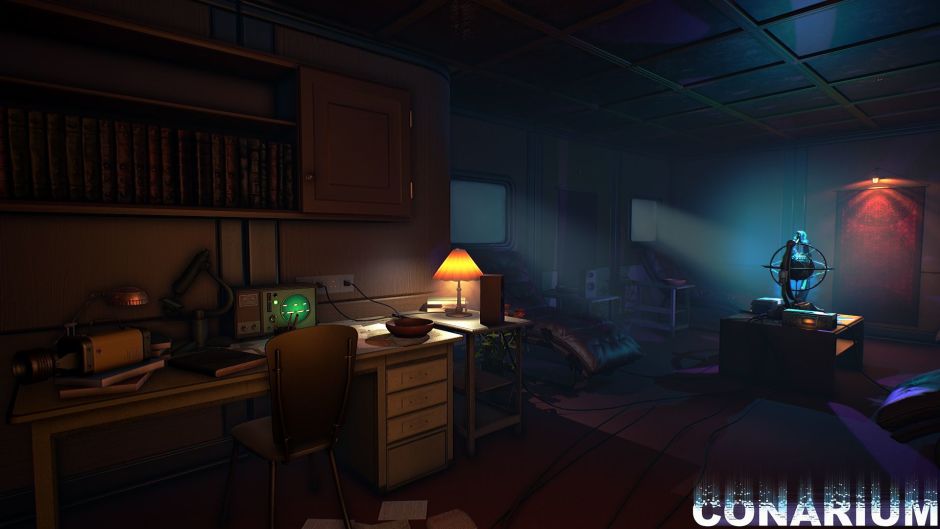 Striking visuals are a silver lining.

While the story may be lacking, the visuals are frankly stunning for an indie title. Vivid colors and gorgeous particle effects create an unsettling atmosphere. My stomach felt a little tight as I turned each corner, though I could never tell if I was getting sick because of the atmosphere or a wicked concoction of visual settings that twisted my gut. For all I know it was the bumpy camera motions that followed Frank Gilman’s every footstep.

Disturbing designs of alien architecture add to Conarium’s strangely horrific tone. Golems—massive robotic slaves built by pre-human civilizations—are hulking in stature, a blend between the mechanic and organic. A severed clockwork head comes to life after solving a rhythmic puzzle in a hidden room. He claims to be none other than Frank Gilman himself, but never elaborates on his mysterious claims. A note on the nearby wall describes the process of implanting a human brain into a robotic body. All of this combines unique designs to build the world itself.

Unfortunately, Conarium’s UI clashes with its other visual elements. Some text is built into the world while some looks like someone took a highlighter to it in Microsoft Word. This pulled me out of the atmosphere the game had tried so valiantly to enrapture me in. This may be a small gripe, but I would’ve liked to see the developers pay more attention to the parts of the game you’re bound to see most often. 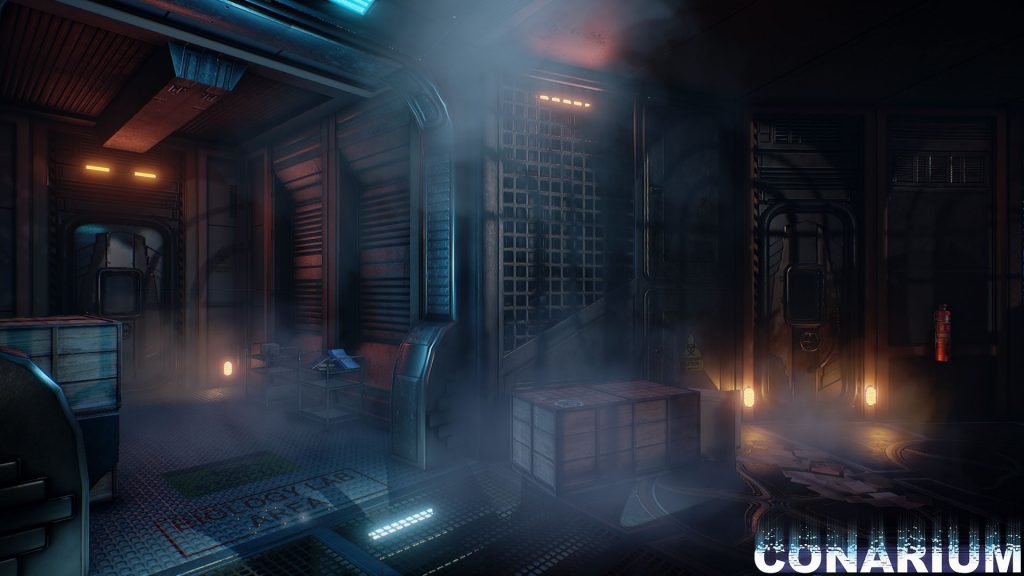 Gameplay in Conarium is repetitive but inoffensively mundane. Most of the time you simply walk around in circles looking for items you can pick up and store in your pocket. You can ogle a plethora of books and statues but few offer a solution to nearby puzzles or deep insight into the world itself. The idle collection of trinkets saps away the horror of the game and pads out its straightforward progression. After the fiftieth door Frank Gilman fails to open (with a muttered “locked” or “it’s locked”), it becomes all too obvious that your path is thoroughly railroaded.

Puzzles are rarely challenging. They seem to exist only to remind you that you are, in fact, playing a video game. I would have rather seen a more condensed experience that limit you to spontaneous bursts of interactivity; the supernatural thriller Oxenfree proved that this approach can be chilling and memorable.

Lovecraft’s influence seeps through the cracks in Conarium, offering an enticing peek into the murky depths that horror has failed to approach. Its world is daunting, the perfect setting for a horror masterpiece—but it’s populated by bland characters and uninspired gameplay. I would recommend it only to hardcore horror fans looking for a little more color in their lives beyond the drab browns and rustic reds that cover every corner of modern horror.

Full disclosure: This review is based on a Steam key of Conarium given to HeyPoorPlayer by the publisher. 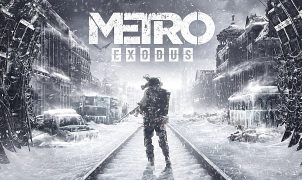 A Brave New World   Metro Exodus takes 4A Games’ post-apocalyptic franchise out of the dark, foreboding depths of the underground and into the once-great outdoors, albeit with mixed…