Take the path of the empath. 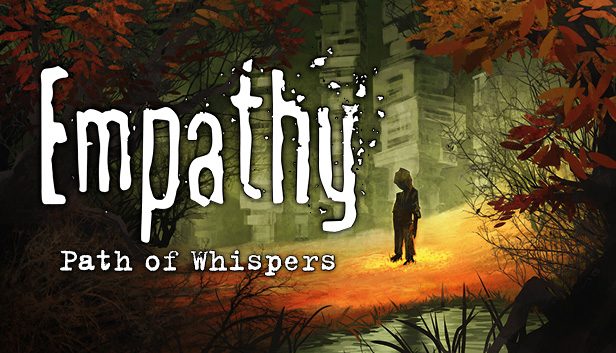 The root of man’s inhumanity toward man is multifarious: it comes from hatred, prejudice, greed, anger – a veritable potpourri of negative emotions. What if someone tried to remove those negative emotions in an attempt to perfect humanity? Would we all ascend to a more perfect state of being or would it all go horribly wrong? Empathy: Path of Whispers tries to answer this potentially fascinating question in the most achingly tedious fashion possible.

Empathy starts you off in a strange control room, where you’re informed by a disembodied voice that you’ve been selected to help save humanity from an apocalyptic event. After picking up a scanning device, you’re whisked off to Chernosk – a ruined city floating in some extradimensional void. Your task is to unravel the mystery of what happened to all the people in this post-apocalyptic world and to find a way to save any survivors.

The vast majority of your time is spent locating items with your scanner and jogging over to them. You’re then presented with a scanning mini-game where you adjust a red wavelength to match up with a white wavelength. You adjust the wavelengths in height, width and frequency. If that sounds potentially interesting, believe me, it’s fundamentally easy, just a little fiddly. It’s sort of entertaining the first two or three times you do it, but after the fiftieth time it just feels mind-numbing and redundant, especially since this mini-game never develops even slightly in complexity. Empathy attempts to straddle the line between walking simulator and puzzle game and it crotches itself hard enough to start singing the soprano. 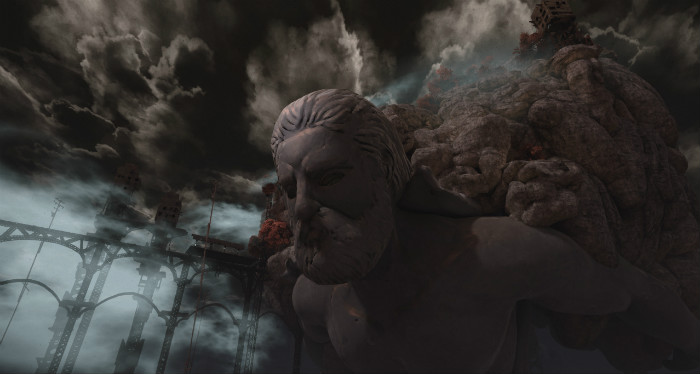 The floating park in Chernosk is a stunning sight.

There are occasional puzzles to break up the monotony of scanning your life away, but they’re all either utterly simplistic or just frustratingly uninituitive. Objects you can interact with usually glow to mark them out from the rest of the scenery. However, certain vital control panels and buttons aren’t highlighted or hinted at in any way, just fading into the rest of the uninteractive machinery scattered around. Usually when I got stuck, it was because of some crucial hotspot I’d missed. When I got to the actual puzzle itself, which was usually a profoundly straightforward task of twiddling some knobs and dials, I felt bored and frustrated at all the time I’d spent fruitlessly searching for the puzzle rather than solving it.

Unfortunately these issues are magnified by severe technical issues. Sadly, Empathy: Path of Whispers was released with a number of gamebreaking bugs. For example, many users reported falling off ledges and respawning and autosaving on a patch of nearby ground that leaves them permanently stuck. I myself was jumping around near the end of the game and got permanently wedged onto the top of a table. Luckily, support was able to fix my broken saves after I sent the files. Apparently, the developers intend to introduce manual save games and more autosaves to stop these issues from occurring, but it doesn’t speak much to Empathy’s level of polish that it was released in this state. 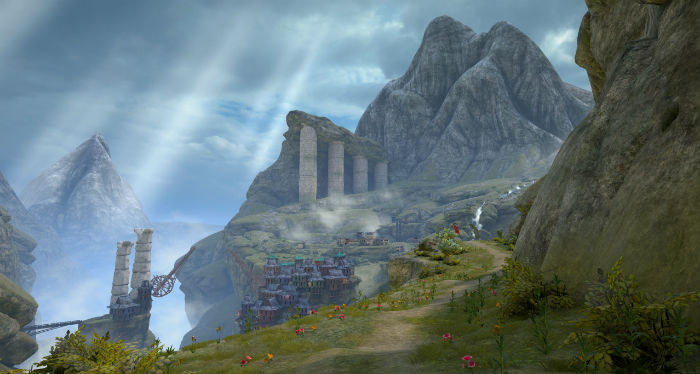 Like much of Empathy, this village is a beautiful but lifeless place.

After you’ve scanned an object, you get a little snippet of dialogue from the past: usually a character explaining their roles in the post-apocalypse. Voice acting isn’t necessarily something that makes or breaks most games, but in a title where you never actually see any of the characters, only hear their memories, you’d think the quality of voice acting would be prioritized. Sadly, that’s not the case, and every performance is hammier than a bacon sandwich (with extra bacon). There’s a wide variety of increasingly over-the-top accents thrown at you to distinguish the many characters, which heightens the silliness of the melodramatic delivery even more.

It’s not just how they’re saying their lines that’s the problem, it’s also the terrible writing and scattered way of actually telling a story that’s the issue.

Characters are introduced in one area and then forgotten about in the next before you’ve had any time to gain emotional purchase on them. Instead of building up a gradually unravelling tale that ramps up tension and intrigue throughout the game, you’re just dropped into a series of semi-connected events about a vaguely defined apocalypse. The character arcs and motivations barely make any sense. One character called William goes from zero to full-on insane religious cult leader over the course of two or three log entries. Something like this could’ve been effective if the game had focused on four or five protagonists, slowly building up their respective nueroses to a fever pitch. Frankly though, it’s just impossible to care about the fast-forwarded character arcs of thirty plus characters you never even see. 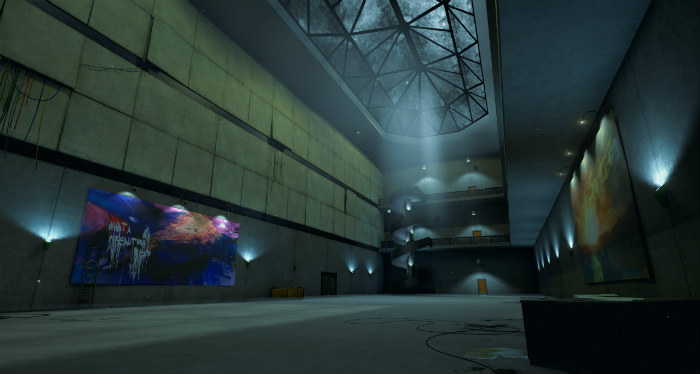 Your constant companion through the story is the disembodied voice of the scientist(?) who has recruited you to help overturn the apocalypse. He gives a combination of blindingly obvious observations (“this mechanic always loved machines and making things work”) and psuedo-philosophical attempts at humour. I admit I got a bit of a chuckle at one of his jokes where he declared “All aboard the human nature train!” before listing the stops represented by humanity’s failings. Mainly though, any laughing I did at his observations were at how smug and/or misty-eyed they were. Empathy focuses on humanity’s many imperfections, but that critique is little more substantial than just sadly shaking its head at those problems while trying to sound profound.

What really torpedoes Empathy the most is that it never really commits to any aspect of itself enough to draw you in. It has the same sort of retro-futurist technological aesthetic you’d find in the original Bioshock, and the same vivid floating cityscapes you’d find in Bioshock Infinite. However, in both these aforementioned classic games, the setting was a core part of the narrative and the experience. In Empathy, the world you’re exploring is utterly interchangable. There’s some pretty scenery around, from a colourful mountaintop Mongolian-style village, to a floating Soviet-style retro-futurist city. There’s just no real cultural flavour or compelling story to these places as in Bioshock’s Ayn-Randian sunken dystopia.

Now for the two or three of you who follow my reviews on a regular basis (hi Mum!), you’ll know I’m pretty open-minded about games that try and wax philosophical. However, Empathy: Path of Whispers is just unforgivably boring and pretentious. Even putting the gamebreaking technical flaws, endless backtracking and continual mindless scanning aside, there’s no emotional meat in Empathy. You’re just listlessly listening to a series of distant hammy melodramas while some Nietzsche wannabe makes flat wisecracks about them inside your head. No wonder people in this world went crazy. Somewhere along this Path of Whispers, Empathy took a seriously wrong turn.