Welcome to the machine 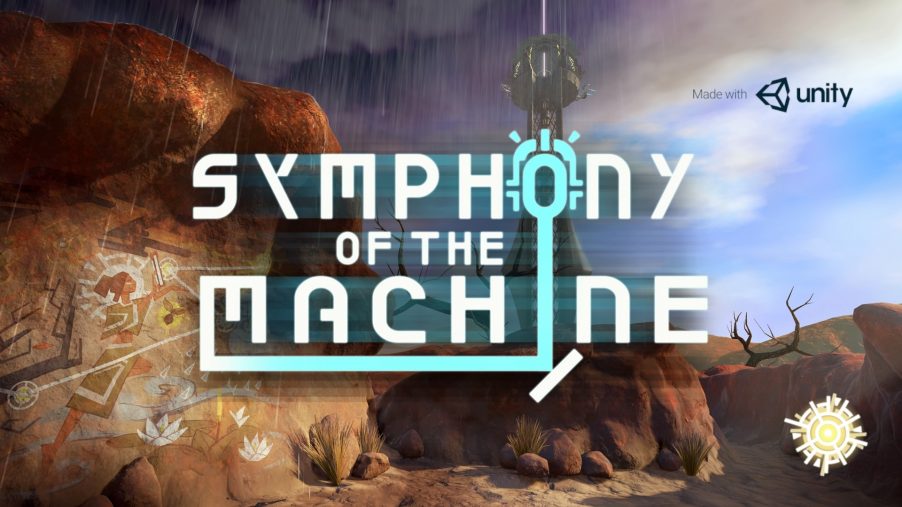 Symphony of the Machine is the latest release from Perth, Australia-based developer Stirfire Studios. A meditative spatial puzzler set against the backdrop of a ruined world, this PlayStation VR game tasks players with rekindling life to the arid land one plant at a time through the use of an inventive light-bending mechanic. It’s certainly a unique experience, and a perfect fit for VR. Sadly, the limits of the PlayStation Move controller and a painfully short playtime make for an often frustrating and ultimately fleeting experience.

When the game begin, I was impressed with how Symphony of the Machine laid the atmosphere on thick. I found myself standing in a rugged valley, with little more than an ominous steel tower standing sentry in the distance. As I made my way to the looming structure, paintings on the sun-bleached walls began to literally shed light on the game’s story. These images depicted an ancient people harnessing beams of light to bring life to a dying world. Thoroughly intrigued, I stepped into the cage at the bottom of the elevator and began my ascent to the tower’s summit.

It’s here atop the tower that you’ll spend the duration of your time in Symphony of the Machine. More than a mere lookout point, the tower emits a beam of light from the center of a small chamber. Surrounding the chamber are various runes which, when touched by the light, will create wind, clouds, rain, and sunlight. The goal of the game is to cause the seedlings a mysterious robot brings you to grow into flourishing plants by using the tower’s various abilities in tandem.

The green thumb of the apocalypse

In order to do this, you’ll need to be able to manipulate that solitary beam of light to strike panels which, in turn, manipulate the weather. Things start out simply enough. Your robot friend gives you a mirror to help reflect light to hard-to-reach areas. But before long you’ll need to start flexing that grey matter to solve puzzles which require you to strike multiple panels at once. To do so you’ll need to make use of multiple mirrors, T-shaped adapters to split beams, and various elemental lenses to make your plants grow. 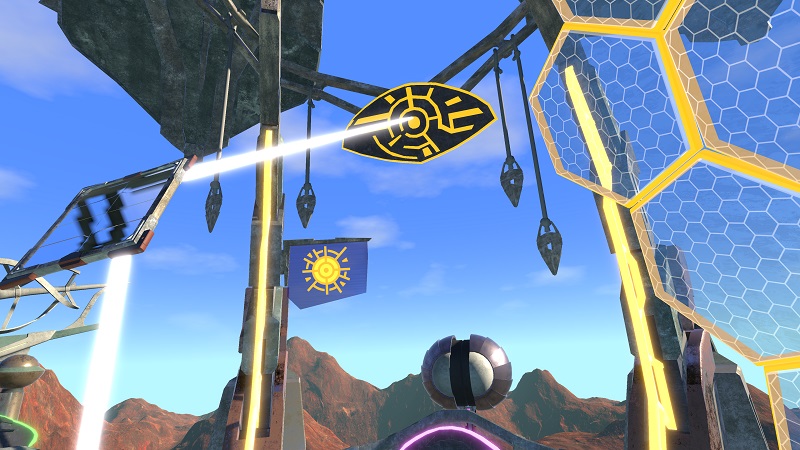 Mirrors are useful for bending beams of light to strike out of reach runes.

As you strike panels, barriers begin to fill the chamber, often blocking the rune you’ll need to strike next. This means you’ll often have to think outside of the box and make clever use of the tools at your disposal. Many of the game’s puzzles can be solved with perseverance and a steady hand. However, later puzzles will really test your skills – and your patience – as you forge a web of light that looks like the kind of string theory board you’d find in the basement of your average InfoWars listener.

When it works,  Symphony of the Machine is an engrossing and inventive experience. However, frequent technical hiccups have a way of raining on this weather-shaping puzzler’s parade.

As with many VR games, Symphony of the Machine makes use of a simple teleportation system to handle locomotion. While it works like a charm when you’re approaching the tower, that quickly changes once you reach the summit, where you’ll be spending the rest of your time in the game. The weather control chamber is a very tiny space. That said, it’s far too easy to overshoot where you want to go when you want to go when warping around the room. This can make it difficult to position yourself exactly where you want to be. I found myself needlessly fiddling around with the controls far too often when simply trying to interact with an object just a few feet away.

It’s no secret that the PlayStation Move controller uses some dated tech. It simply lacks the finesse and responsiveness found from the Rift’s Touch and VIVE controllers. This created plenty of awkward moments as I wrestled with the mirrors and splitters in the room as they didn’t quite mimic my own movements. Symphony of the Machine demands precision, and that’s just not something the Move can give, sadly. 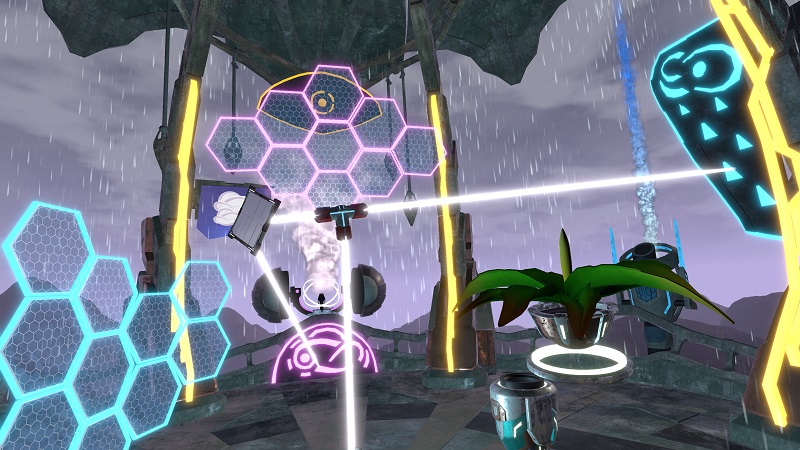 When the weather effects are in full swing, Symphony of the Machine can be a spectacular sight.

While that problem is due to the PSVR’s hardware itself, the game is host to its own nagging issues. The most offensive of which is just how often your robot assistant tends to become tangled up in the environment. He’ll often hover right in front of the beam you’re manipulating. The only remedy is to snatch him out of the air and restrain him like an overeager puppy. Other times, I’d have an item float out of my hand and drift to the other end of the chamber. Once again, this forced me to wrestle with the frustrating controls to retrieve the tool that chose mutiny over rebuilding the ruined world.

Of course, you can choose to use a DualShock 4 to remedy some of these issues. But that’s missing the point. Virtual Reality is all about immersion and interacting with the game’s world. When played with a standard controller you sacrifice all of that, stripping away what makes the game so appealing in the first place.

I’ve got sunshine on a cloudy day

Despite these nagging issues, Symphony of the Machine can be a satisfying experience when everything comes together. The game’s puzzles will put your logic skills to the test. And it’s hard to deny the sensation of awe you’ll feel as you watch lightning crash, torrents of rain fall, and snow flutter to the earth as you conduct a symphony with nature like some classically-trained deity. At its most beautiful, it’s hard not to stare out at the vast expanse of nothing and take in the show unfolding in the tumultuous clouds above.

The game is also quite comfortable to play. The small play area and teleport locomotion ensure that those who haven’t quite earned their VR legs yet won’t be blowing chunks on your shiny new PlayStation 4 Pro. That is, so long as they don’t have a fear of heights. Leaning back over my couch to to get a look at the earth below during my ascent to the top of the tower almost made my stomach drop. To me, that’s a good thing. However, newcomers to VR might want to refrain from taking in the view.

With just seven plants to grow, it won’t take you too long to see all there is to see in Symphony of the Machine. Personally, I wish the game went on a bit longer, because the game looks like it has an interesting story to tell. We never get to learn about the ancients depicted in the paintings scattered around the land. Who put the tower here? And why make it so damn difficult to use if the fate of the world depends on it? Inquiring minds need to know!

Despite its brevity and share of technical issues, Symphony of the Machine is still entertaining while it lasts. If you’ve been looking for a new puzzle game for your headset, Stirfire Studio’s latest release will offer a few hours of entertainment. However, if you’re not prepared to wrestle with occasionally finicky controls and your share of technical hiccups, you might want to look elsewhere.

Full disclosure: This review is based on a copy of Symphony of the Machine given to Hey Poor Player by the Publisher. 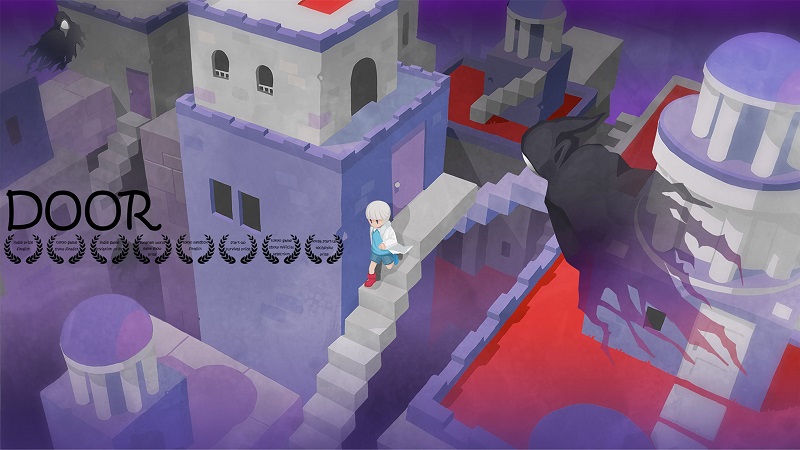 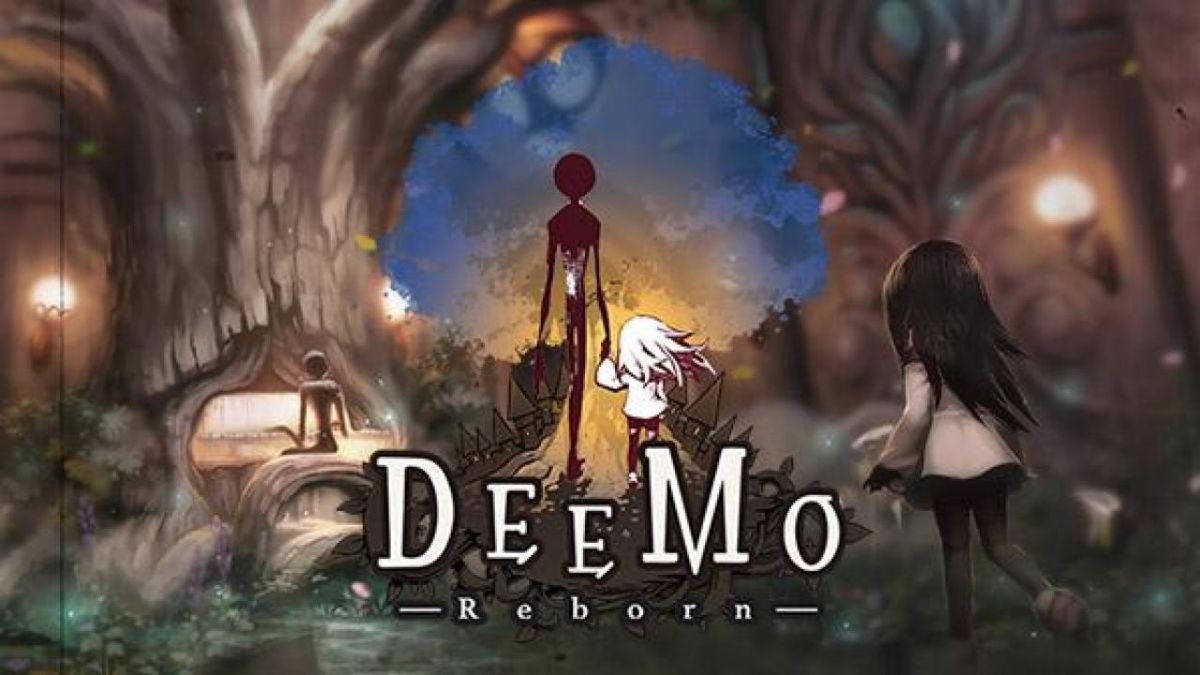 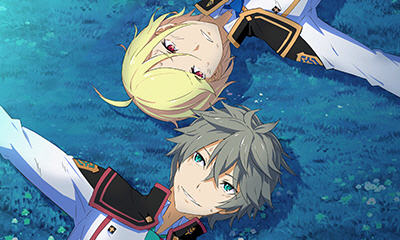 Middle Child Syndrome     Ladies and gentlemen, I present to you…Japan. The land of the rising sun is certainly known for, among other things, containing some of the…