A game worth tipping for. 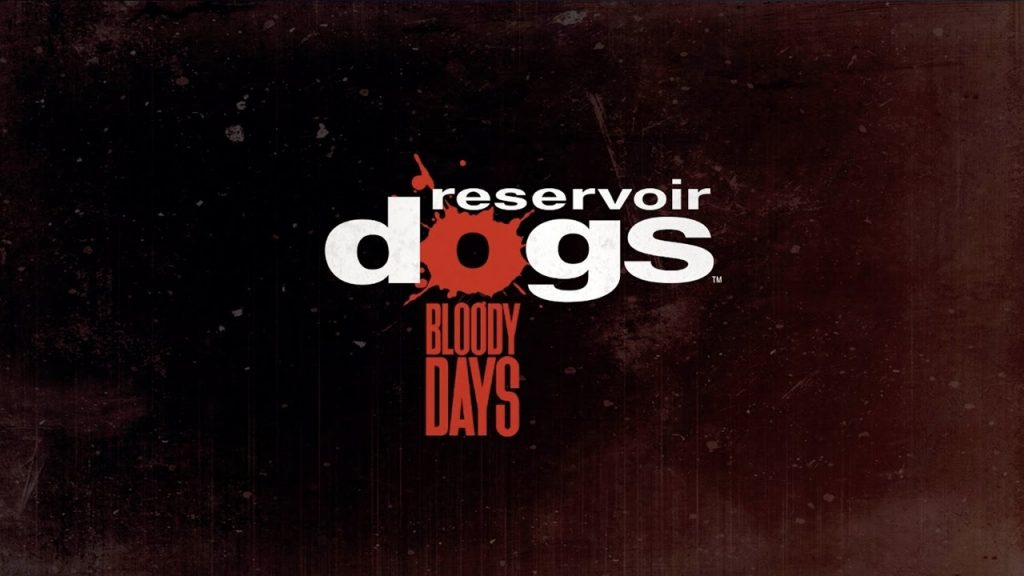 There is absolutely no reason for Bloody Days to carry the Reservoir Dogs name. Leaving aside that this is a licensed adaption of an independent film that came out 25 years ago, it bears so little similarity to the source material that they might as well have called it The Grand Budapest Hotel: Bloody Days. Reservoir Dogs is a heist film that never shows its heist and has almost no shooting, a story about horrible men standing around and talking until they all blow themselves to bits, devoting nearly a ninth of its runtime to telling a story about a commode. Bloody Days is a hyperviolent, tactics-based top-down shooter. Other than showing quotes from the movie on the title screen (and half the time they’re not even significant quotes) and using the same names for the characters (who look nothing like their on-screen counterparts), the two properties couldn’t be more disconnected.

When I got this review assignment, I figured there was no way on Earth such a bizarre product could make for a good game. And I was right – the game isn’t good. It’s great. And frankly, that might just be the most bizarre thing about it.

All right, ramblers. Let’s get ramblin’. 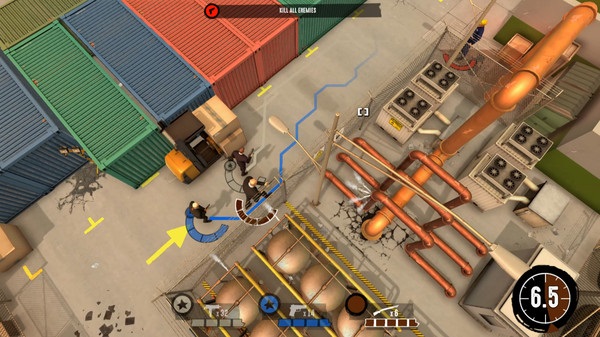 All it needs is some slow-motion and “Little Green Bag.”

So. Bloody Days (I refuse to refer to it with the preface) is a twin-stick shooter taking place across a series of heists ordered by mob boss Joe Cabot and carried out by a group of men referred to only by colors. Each heist requires two men, but allows you to add an optional third. I have no idea why you wouldn’t always go in with three, since it costs nothing and it helps tremendously to have an extra pair of hands, but there you have it. As in the Payday games, every single heist is interrupted by a frankly ridiculous number of cops, forcing you to commit hundreds of brutal murders in your quest to get a few thousand dollars. If you’re a fan of the film, you’re probably already frothing at the mouth at how little respect any of this has for the source material, which is why it’s best just to pretend that this is a completely unrelated game.

The only aspect of the film that Bloody Days seems to have embraced wholeheartedly is its weird relationship with time. Gameplay works like this: let’s say the two men on your team are Mr. White and Mr. Pink. Mr. White is the leader, so you play as him first, in real-time, shooting and stealing until you either die or move to the next turn manually by pressing the spacebar. At this point, time rewinds, and Mr. White performs all of the actions you just did while you control Mr. Pink for the same amount of time. The result is a unique mix of real-time combat and turn-based strategy where the turns are simultaneous and can last any amount of time. It’s a mechanic that’s easy to understand but challenging to master, and it’s very much Bloody Days’ best quality.

Getting money is important, since it’s used to buy new heists and better gear, but the real goal of each mission is simply to survive. And while the shots of the characters that came before will always be in the same place, but the cops might not be, so you have to take your turn thinking not only about what you’re doing now and what you’re going to do next, but what you’ve done before. In essence, you’re trying to mess with the space-time continuum in a way that only benefits you and not your enemies. And yes, I did just type that sentence in an article about the Reservoir Dogs game. This on top of the comparatively humdrum complications, like thinking you’ve cleared a room full of enemies only to find that more have snuck up from behind, or running out of ammo and having to charge the cops with your meaty fists, results in a deeply satisfying tactical experience of the kind I absolutely adore. I feel like I’m constantly finding new strategies to try, or finding ways to execute plans I’ve tried before a little more flawlessly. 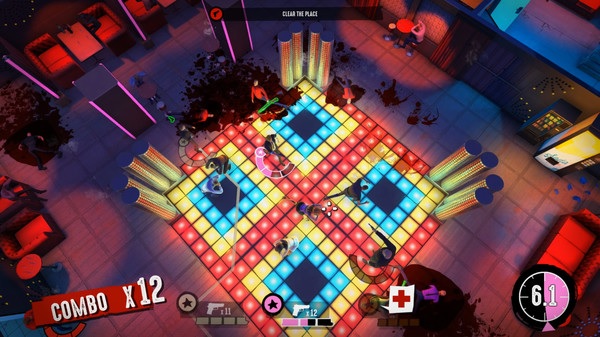 Around here, disco fever can be terminal.

It’s a good thing that the game’s tactical system is so deep, because otherwise it’s a pretty shallow experience. You’re gonna be completing essentially identical heists in very similar environments. They’re beautiful environments, presented in a stylish and cartoony style reminiscent of Team Fortress 2, bursting with vibrant colors. I found the nightclub heist particularly enchanting, especially in one fight which has you splattering blood across color-changing disco tiles, fighting back-to-back as cops pour in from all four sides. But there’s no denying that as the hour count reaches double digits, fighting the same five enemies with the same six weapons starts to feel a little tiresome. Not so much so that I didn’t want to keep playing, but it definitely would’ve been nice to see a little more variety, and if the time travel mechanic alone isn’t enough to keep you interested there’s not much else to recommend it.

The game mostly runs well from a technical standpoint, since it focuses on being stylish rather than burning your computer to the ground in the name of “realism.” Unfortunately, it still chugs occasionally when there are too many models onscreen – an especially big problem considering that the primary way the game makes later levels more challenging is by spawning increasingly enormous mobs of cops. Loading times, too, are a problem. They’re not too terribly long (though my perspective might be skewed since I had to replay Mass Effect this past week and everything looks fast in comparison to Mass Effect), but since the game is played in short chunks and you have to reload after every death, it gets old fast.

Now, to be fair, the framerate issues and slow loading times might be an issue with my computer. But if that’s the case, the graphics menu should have more options than a single slider for brightness. Bloody Days is no cheap license tie-in, and it’s baffling that this PC exclusive wouldn’t have more graphics options and resolutions available. But then, “baffling” really is the name of the game here.

You better wake up and apologize.

In the end, though, these are very minor complaints. A few annoying loading times and some very rare framerate hiccups aren’t enough to get in the way of the most original twin-stick shooter I’ve played in years. And even if the game would be better with more variety, I was still enjoying myself all the way up until the end.

I love Bloody Days. I think it would be better under a different name, as fans of the film expecting anything close to Reservoir Dogs will find themselves sorely disappointed and unable to judge the game on its own merits, but I still love it. I love its jazzy, guitar-heavy soundtrack. I love the style and polish that went into everything from its character models to its UI to its menus, even if that style is nothing like the film its supposedly based on. I love its fast-paced action and its slow, deliberate turn-based strategy. And while the writers certainly aren’t Tarantino, I even like the dumb little dialogue interactions the characters have throughout the missions.

I’m still not sure how or why this game exists, but I can heartily recommend it nonetheless.