Prepare To Empty Your Wallets 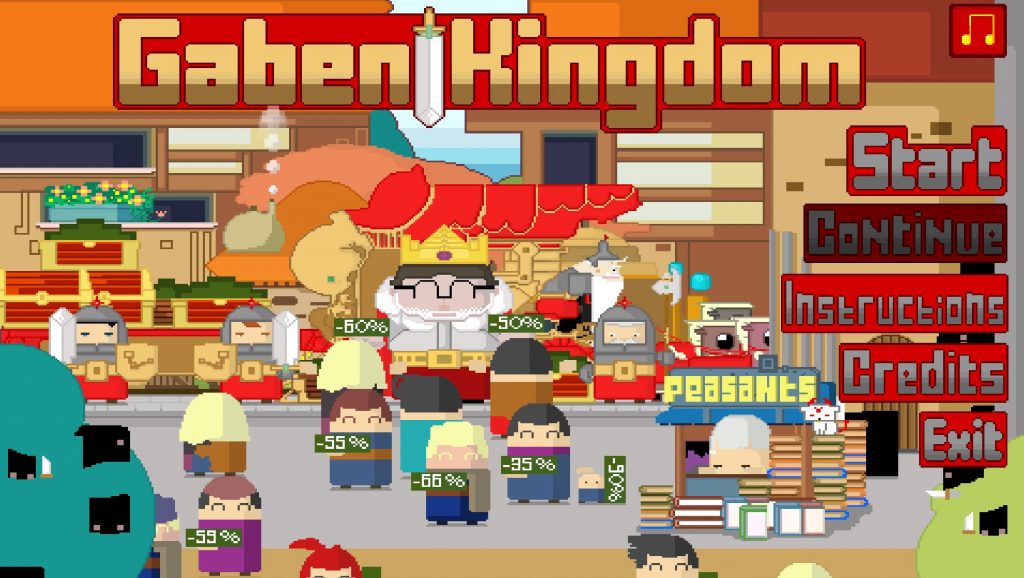 There are few things in life that make a PC gamer happier than a Steam sale. Those wonderful four times a year are looked forward to with delight and anticipation, and each season brings new reasons to empty our wallets with glee. Of course, we have but one to thank for these joyous times, and that is our lord and savior, Gaben. Without him, we would have empty steam libraries, unexplored adventures, and…well, money for bills, food, and other necessities. But none of that matters, as our hearts and cold hard cash belong to Gaben on high.

If you found any of that relatable in any way, you will probably enjoy this game. If you didn’t, then this game is probably not for you. I could end it there, but I have 664 more words I need to write so I’ll just keep going.

Gaben Kingdom, developed by Mariusz Gibas  and published by AAG Studio, was released on Steam on May 12th, 2017 for $1.99. It’s an unassuming little platformer that features seven worlds with seventy levels chock full of sales. Players take on the role of Lord Gaben as he catapults his way through levels like Spring, Summer, Winter, and Brexit, spreading sales and killing foes that stand in his path. Only the strongest will survive to the final stage, and only the worthy will partake in the blessed Steam sales that Gaben graces us with. 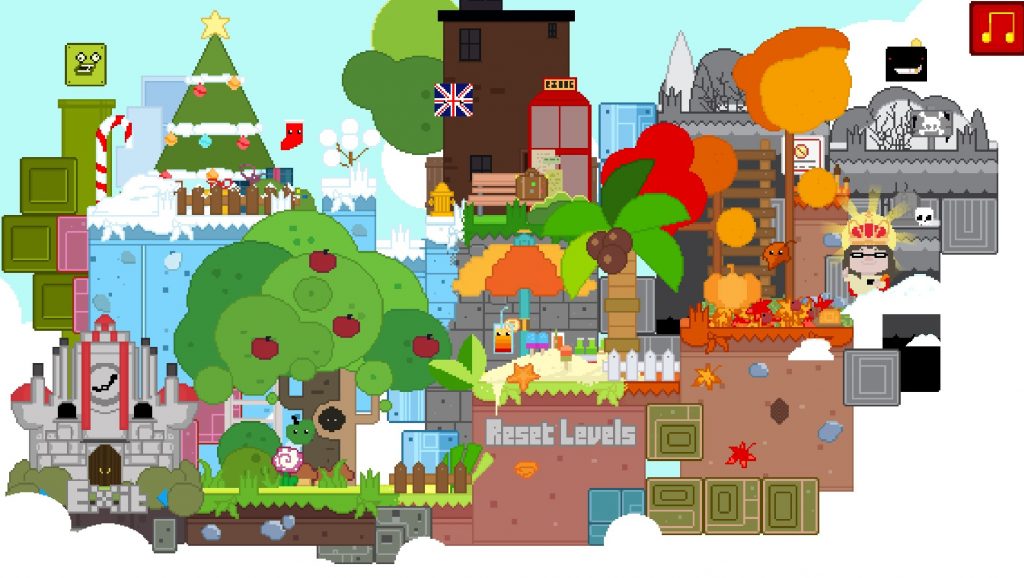 The music in Gaben Kingdom was definitely cute, and fit the game very well. For those that want to play in silence, there is the option of being able to toggle it off, but there’s really no reason to do such a thing. In addition, controls are very simple – use the mouse to launch Gaben into the air and smite his enemies. Players have a limited amount of launches though, so be careful as you take aim and fire our lord and savior. One thing I learned early on is that you can launch again in mid-launch, meaning that Gaben is basically capable of flying. But we knew that already…

Gaben Kingdom’s graphics are charming – I think we can all agree that seeing our favorite memes turned into pixel art is a treat for the eyes. The levels are bright, the characters are cute, and the animation is smooth. There is a lot going on in each level, visually speaking, but players shouldn’t get too confused since everything is easily identifiable. My favorite touch was the glowing aura emanating from Lord Gaben’s head, as it really set it apart from the rest of the animated items in the game. 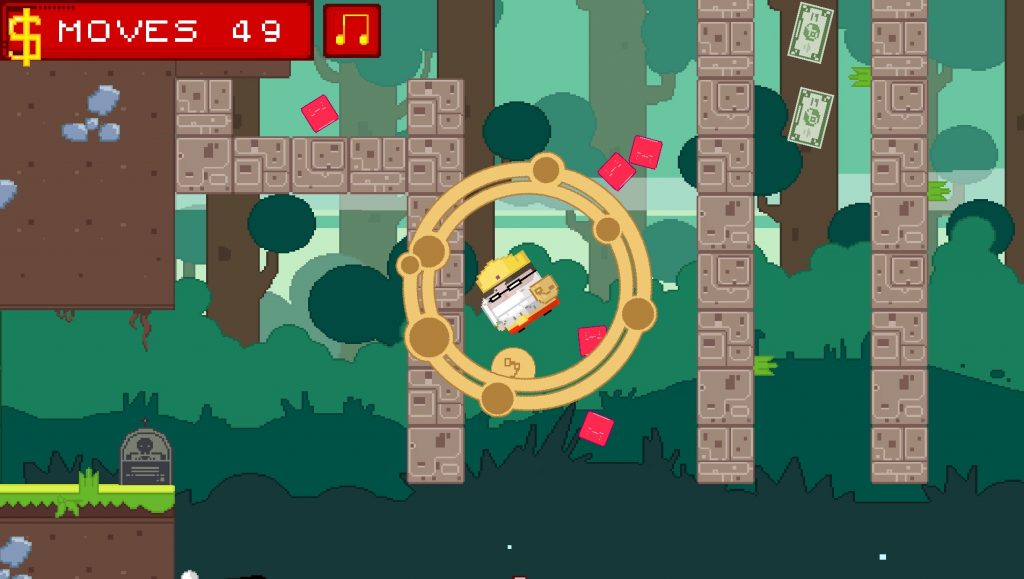 The aim of the game is set up like Angry Birds in that there are three stars you can collect in each level. Collect one star and you’ve passed the level; two stars and you’ve done pretty well, and three stars means you’ve passed it perfectly. Because this is the same set up as Angry Birds and so many others, it unfortunately falls into that same category where it becomes easily predictable – almost like it’s no different than…well, Angry Birds with a Gaben skin. That’s not necessarily a bad thing, because that game was so damn popular, but it’s also not really noteworthy. Players can spend a good 10 minutes enjoying this game before moving on and never picking it up again, which may not be a problem considering the game is only $1.99. Still, there’s something to be said about a game with more creative mechanics, something that Gaben Kingdom seems to lack. But after a bit of digging on the publisher’s part, it appears that this is the second game they’ve ever released, so it’s honestly not terrible, all things considered.

It should be pretty obvious that this title is really only made for a nice audience in mind, so if you’re looking for a random game yet know nothing about Gabe Newell and his following (why are you on Steam if you’re this person), then this might not be the game for you. This little title is definitely fun with all the memes in mind, but take away the meme humor and there isn’t a lot that sets this apart from the rest of the Angry Birds wannabes. It isn’t to say it’s not well done – it gets the job done just fine – but it doesn’t really add anything to the genre as a whole. And while we shouldn’t be looking for anything life-changing, simply having something other than the all-too-common three star system would have been nice.

If you’re looking for a way to burn $2 and have an affinity for memes and meme culture, Gaben Kingdom may be your cup of earl grey. If you are not that type of person, I unfortunately can’t recommend this game to you, as that’s really what it has going for it. Unless you really love games like Angry Birds, in which case you should get Gaben Kingdom immediately. Lord Gaben would be pleased with your decision.

But he’d be pleased if you bought any game, tbh. Such is the will of Gaben, our lord and savior.

Full disclosure: This review is based on a Steam review copy of Gaben Review given to HeyPoorPlayer by the publisher