Last year, I reviewed a quirky walking-simulator-cum-platformer called Pulse, which was about a blind girl who sees with sound. Scanner Sombre is also about seeing in the darkness, but with thermal imaging. In it, you play as an explorer journeying deep into the depths of some ancient caverns, with millennia-old ruins suggesting a history of pagan beliefs and human sacrifice. But you never see any of it, only multi-coloured signatures painting the surface of the terrain around you – thermal echoes of the present. As you explore deeper though, the protagonist starts to see mysterious echoes of the past as well.

Right from the moment I first left the starting tent and put on the scanner visor, Scanner Sombre awed me with its utterly unique aesthetic. Scanning bathes your surroundings with imaging rays, creating red, yellow and blue silhouettes of everything you encounter. Scanning allows you to find the outlines of rickety wooden bridges and narrow ledges to shimmy along and jump over. It’s deeply atmospheric gameplay loop effortlessly creates a haunting atmosphere – as you’re only ever seeing an afterimage of what’s actually there. As you venture further into the depths, the arcane statues and prison cells are all the more cryptic for how you can’t see any detail on them beyond their coloured shape. Their full nature is left to your imagination. 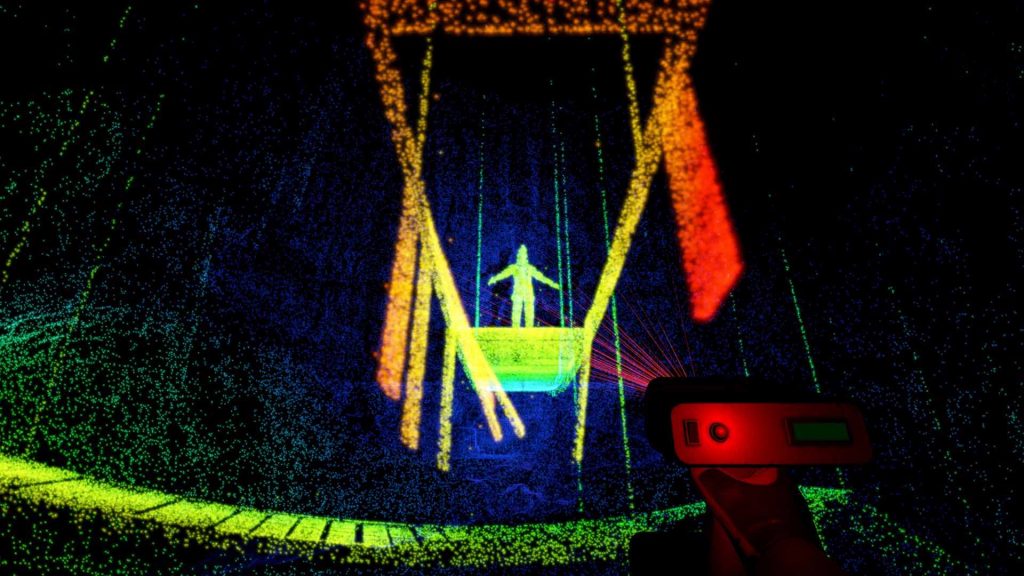 A figure in the darkness…

This is what really ramps up the creepiness for when you first see visions of the past. Are these flickering humanoid forms that sometimes appear – depicting scenes of slavery and human sacrifice – glitches in your scanner, visions of the protagonist’s unstable mind or are they real? This uncertainty was dancing around my mind when I first time I ventured into an underground lake. I saw a flickering figure emerge from the lake, at first assuming it was a flashback, but then heard a deafening roar as it came hurtling towards me. I can’t recall feeling such a fright since the first time an abomination burst through a door in Amnesia: The Dark Descent.

Thoroughly scanning each cavernous chamber and planning the route which involves crossing as little water as possible proves essential to proceed. The most thrilling parts of the game involve anxiously paddling through pools of water as you hear the telltale screams of nearby ghosts awakening, trying to get to shore in the nick of time. 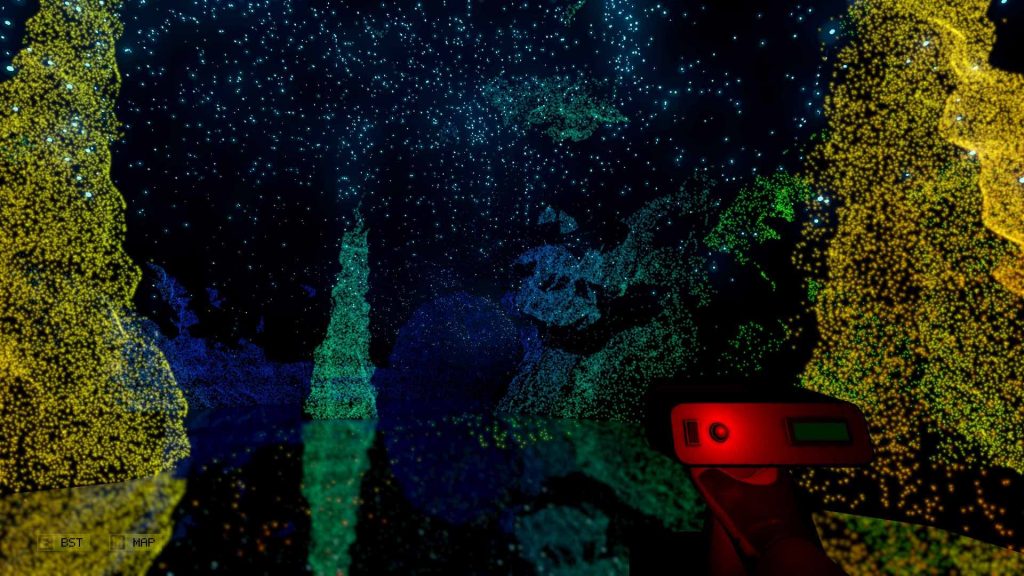 You unlock new upgrades for your scanner as you explore, including a handy “burst” scan, which floods the area you’re standing in with illuminating rays. This produces some truly stunning landscapes, particularly in one section where you’re riding a boat down an underground river. There’s also an ability which gives you “material vision”, differentiating objects around you by their composition rather than a thermal signature. This gives you a better read on the difference between metal walkways and stony pathways, allowing you to more quickly find where you have to go.

Having said that, of course, it’s important to underline that Scanner Sombre is not about challenging you, it’s about exploring. There are some some very simple puzzles (and using the term “puzzle” is generous) involving switches to unlock doors, but beyond that, don’t expect Scanner Sombre to test your wits too much. The reason why Scanner Sombre isn’t as mechanically deep as you might expect from its unique premise is because it’s a bit on the short side. 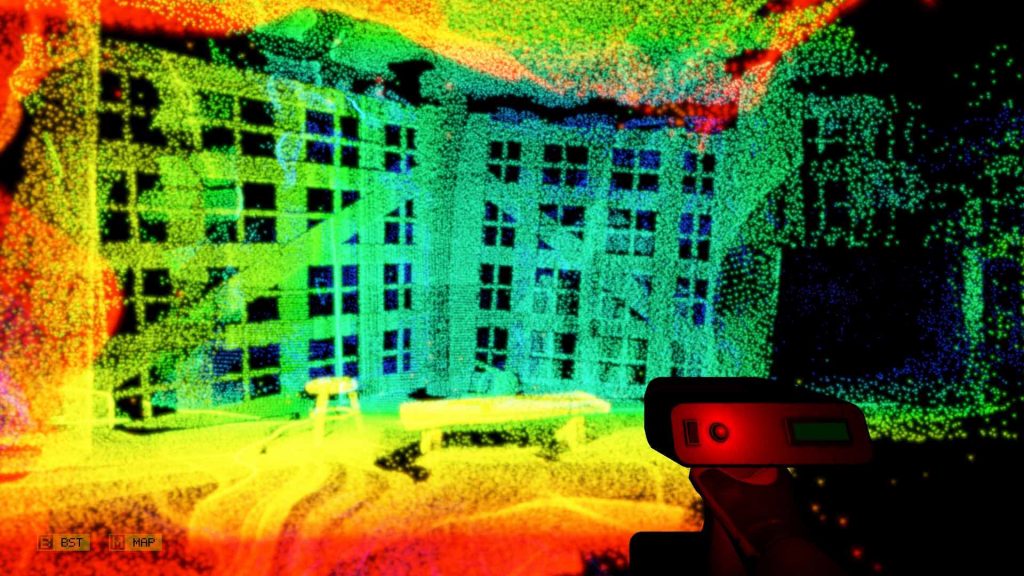 This is the one potential let-down of Scanner Sombre: the very brisk playtime. I completed it in just under a couple hours, even though I’d gotten lost at least a couple times in the cavernous depths. It’s a little disappointing that the scanner mechanic isn’t leveraged into more complex physics puzzles in the style of Portal or Magnetic: Cage Closed. It feels like somewhat of a missed opportunity. However, this fleeting runtime also makes sure the ambience doesn’t wear thin. Just make sure you’re willing to accept Scanner Sombre is fundamentally a narrative, cinematic experience before embarking on this journey.

It’s one hell of a narrative experience too. Through the short textual snippets you get from the protagonist, you’re slowly absorbed into a world of eternal night where time has no meaning – a place where echoes of the past reverberate forever. The ultimate payoff is well worth it – with an ending that’s a masterfully twisted inversion of the flying free scene at the end of Dear Esther.

Scanner Sombre is an inventive, if brief, journey into the heart of darkness. Constantly introducing new mechanics right until the end, it never lets up with introducing new ways to image the underground hell you’re exploring. Scanner Sombre is both uniquely beautiful and legitimately unnerving in its kaleidoscopic coloured netherworld – often at the same time. Though short, you can snap it up for the price of a movie of similar length, and it’s well worth it to take the next step in the evolution of the walking (and now scanning) simulator.

More Like “Bore-igins” I was excited for Yesterday Origins.  While the original Yesterday might not have been as fantastic an adventure game as, say, Corpse Party, it was a…