For in that sleep of death what dreams may come? 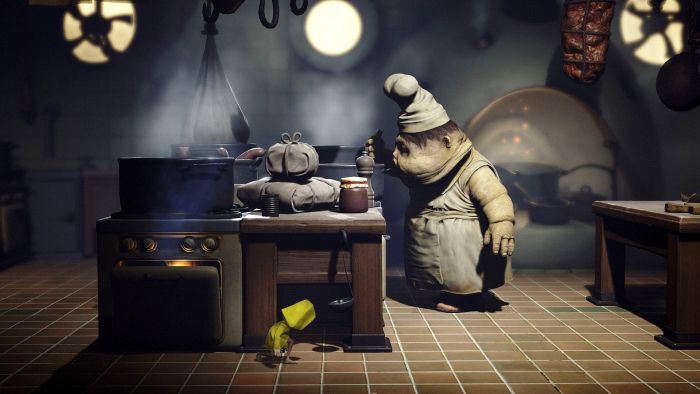 I’d like to think of myself as something of a horror hound. Having said that, I dislike the way “jump scares” and “gore” are often lumped together under the horror banner, especially in games. You don’t need buckets of blood and things constantly going ‘boo’ in order to keep players unsettled, and games like Little Nightmares understand this simple truth all too well.

The game is a semi-3D romp that sees players placed in the role of a wayward child known only as Six. It’s up to Six, clad in her yellow raincoat with her face obscured, to traverse The Maw; a desolate and foreboding amalgamation of horrors. Why is Six here, why are there inhuman monstrocities out to kill her, and where and what is The Maw exactly? It’s all left up to the player’s interpretation, and that plays a big part in making it feel even more hostile and unnerving. Personally, I suspect that Six is a deceased soul and that The Maw represents a type of Purgatory before she can find peace in Paradise. But that’s just my opinion.

To sleep, perchance to dream 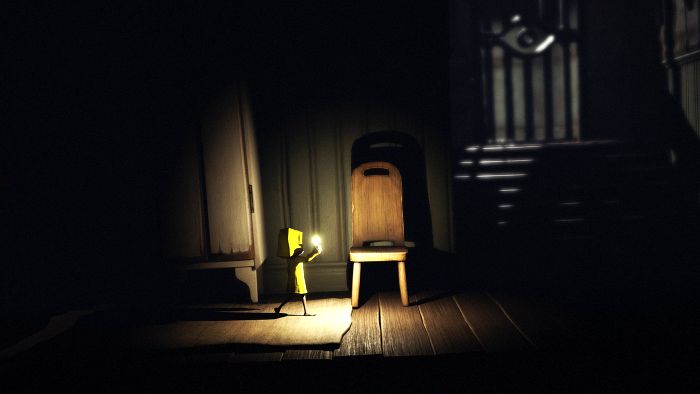 Upon first play, you’ll probably think that it’s reminiscent of Limbo. That’s not an unfair comparison, as both games are not-quite-horrors drenched in macabre overtones that involve children lost in a strange and hostile world. Our nimble little Six also encounters very similar gameplay mechanics at work: Little Nightmares is by and large a platforming affair, with liberal amounts of puzzle-solving thrown in for good measure. There have been complaints of the control scheme being slightly float-y, but I had no problems with traversing the game’s world and surmounting its assorted obstacles.

A fair amount of jumping from one platform to the next is present and accounted for, with various bottomless pits ready to consume your corpse. Even terra firma offers no relief, as you’ll occasionally have to dodge slow-but-deadly leech-like beings, both on the floor and ceiling, recalling the first level from the classic game Flashback that debuted oh so many moons ago. When you’re not watching your footing, you’ll find yourself performing rudimentary tasks of logic, such as moving items around in order to access some out-of-reach locale. Occasionally, things shift into stealth gear as Six is required to move past certain enemies and situations without being detected by the grotesqueries of The Maw.

Putting your fears to rest 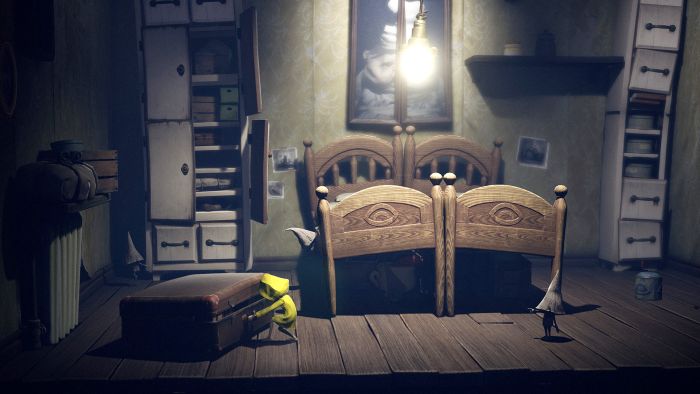 Size is used to great effect to convey a feeling not only of dread, but also of helplessness. Six is strangely and unnaturally small in contrast to her surroundings. Simple, everyday objects like beds, chairs, and bookcases tower over her, as if the place was constructed by giants. Menacing hands of gargantuan proportions reach out to grab her, and are often so large as to be able to grab her like a doll. There is a recurring theme of bigger bads on a gigantic scale, with innocence being marked by a smaller stature.

The game’s most striking feature is its presentation. Looking like the lost cousin of The Nightmare Before Christmas, Little Nightmares almost has the aesthetic of a child’s movie, which makes the macabre experience all the more disturbing. Basically, if Tim Burton had developed Limbo and was in a particularly mean mood, Little Nightmares may have well been the result. The sound and music also go hand-in-hand with enhancing the foreboding, dream-like atmosphere, and indeed are of almost cinematic quality.

The game helps to breathe new life into the sorely stagnant horror genre, and it comes very close to being an all-time classic and absolute must-have. The singular-yet-significant complaint I can level against it is the short length. It’s very easy to complete in less than three hours, depending on player intuition. You can squeeze out up to seven hours if you really take things slowly, absorb the atmosphere, and commit yourself to exploring every nook and cranny and uncovering every secret. I don’t believe that a long game necessarily makes for a good game, but this is a crucial example of a wonderful experience undercutting itself by being far, far too brief.

Little Nightmares is the finest tidbit of creepiness you’re likely to have this year. It does many things right: it’s dark and unsettling, the gameplay is varied enough to keep players interested, and the style and presentation gives it a character all its own. It is sadly let down only by the very short length, which puts it at odds somewhat with the asking price. Should you get it? Most definitely, but consider it a most brief indulgence. Sneak on over to its official page to place a copy in your collection for all time to come.

Full disclosure: this review is based on a Steam key of Little Nightmares provided to Hey Poor Player by the publisher.