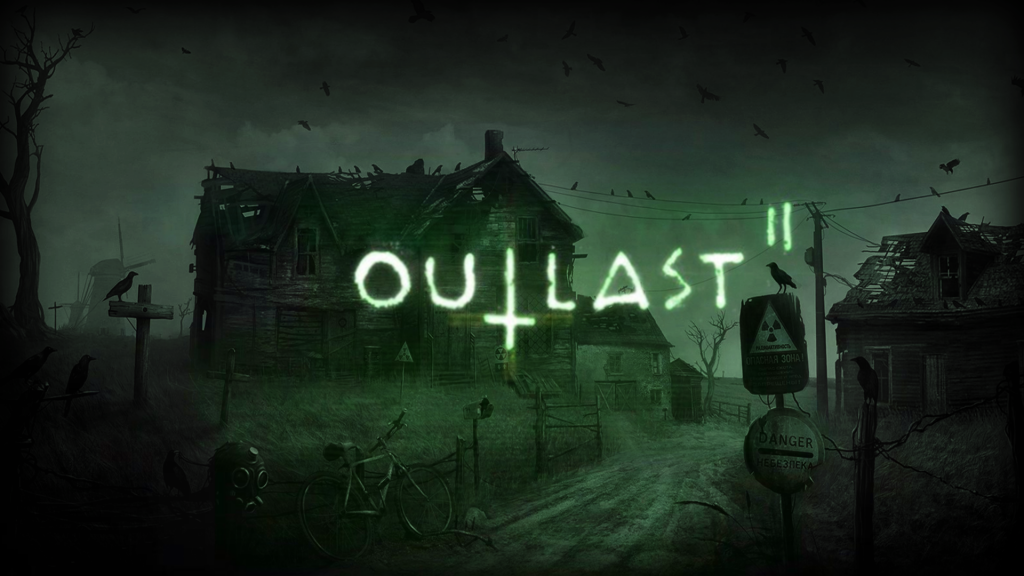 When the review code for Outlast 2 made its way to Hey Poor Player the reactions from the staff were genuinely hilarious. The game was turned down 3 times almost immediately. Now, usually when a game gets turned down it’s either because the writer already has another assignment or that particular genre isn’t to their liking, but Outlast 2 was passed over because the staff was in actuality too frightened to play it. Being the horror fan that I am, I jumped at the opportunity to give Outlast 2 a go, which was personally exciting considering that I never found the time to even begin the original Outlast. How scary can these games be?

Before I began my playthrough of Outlast 2 I wanted to familiarize myself with the first game. I quickly found out that it had a decent following and gained a lot of it’s popularity due to Twitch streamers scaring the hell out of themselves for their audience’s enjoyment. But I found that most streamers I watched didn’t get too deep into Outlast’s story, which ultimately is what makes a horror game stand out to me. Any game can throw a bunch of jump scares at the player, but it takes some good storytelling to induce fear and get my blood pumping. Reading up on the original Outlast’s story did give me hope that this was an amazing horror series. It plays perfectly into the video game medium. Helpless freelance journalist finds himself in an old run-down psychiatric hospital that’s filled with deranged escaped patients.  It doesn’t get any more horror than that, and Outlast 2 follows the same formula exactly to a T.

This is the word of the Lord 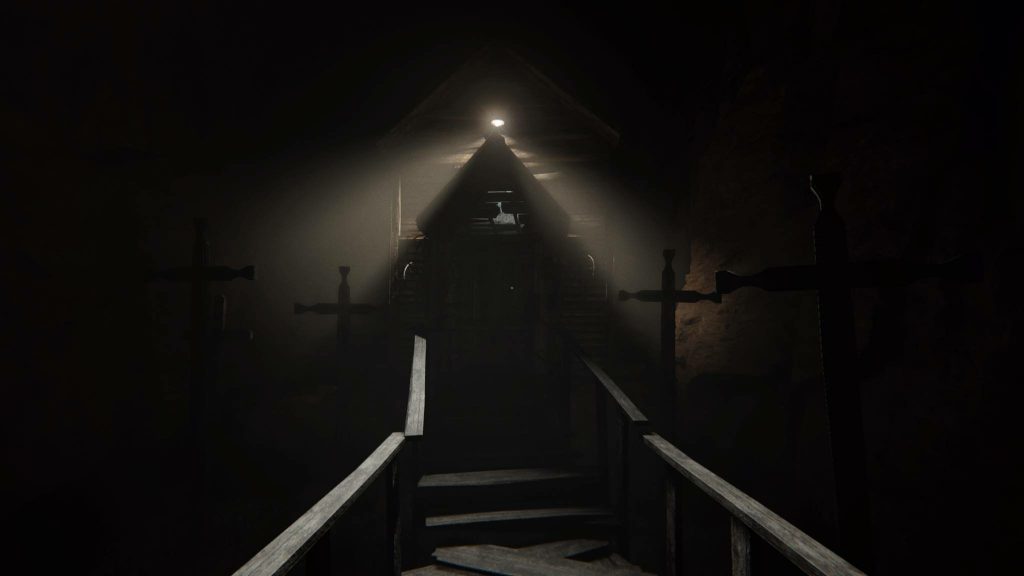 Outlast 2 wastes no time getting the player familiar with the story and its 2 main characters. You take control of Blake Langermann, an investigative journalist and cameraman who is joined by his wife, Lynn, on a helicopter ride to Coconio, Arizona. The reason for their trip is to investigate the mysterious murder of a pregnant woman who was found in the area. Something goes wrong with the helicopter and it crash-lands in a town called Temple Gate, which located in the middle of the Supai region. When Blake awakes from the crash he’s greeted by the bodies of the helicopter operators, who are both skinned alive and hung from a tree. Lynn’s body is nowhere to be found. So, assuming she’s still alive, Blake sets out to find his wife.

The story begins to unfold shortly after the helicopter crash as Blake finds himself in the middle of two religious cults who are at war with one another. A disgusting man named Papa Sullivan Knoth leads the stronger of the two cults and he believes that the town of Temple Gate lies on the mouth of Hell. Knoth rapes the women of the town and demands that their babies be sacrificed due to them being the anti-Christ. As I was saying, this Knoth guy is deeply disturbed.

The second of the two cults call themselves the Heretics. Their leader goes by the name Val and they wish for the world to end and welcome the apocalypse. The two cults are both full of disgusting people that all seem to be going out of their minds. Life itself is not respected by either cult and the bodies of the dead are tossed about like garbage. This is not a place that you would want to take a family vacation.

Death is beauty and can be heard for eternity 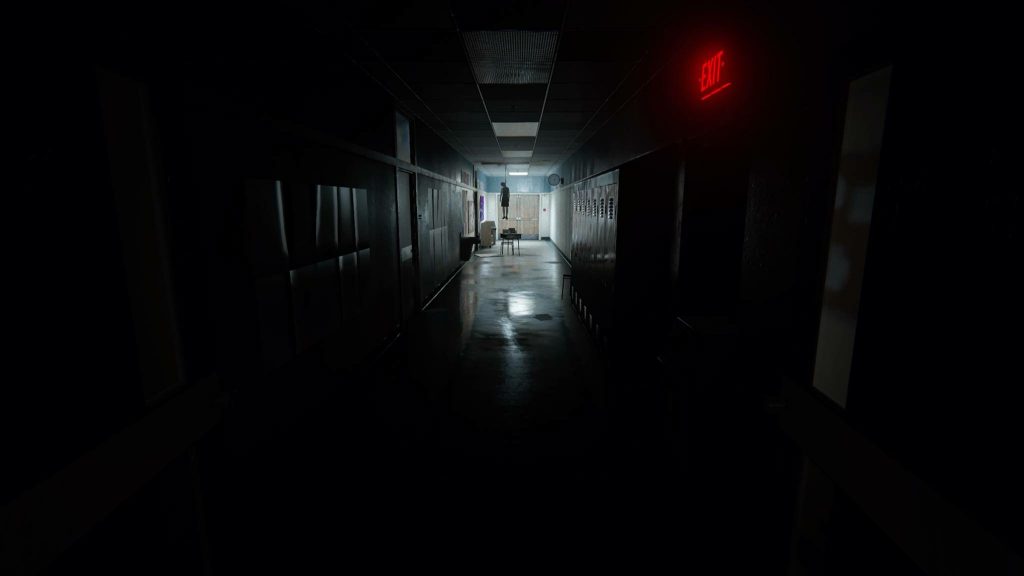 I’m going to come out and say it. Outlast 2 is one of the most gorgeous games I’ve ever played. I’ve stopped and taken so many screenshots that my PS4’s 2TB hard drive is almost filled to capacity. Not since Bloodborne have I stopped in my tracks to take in the visuals. Everything looks like a beautiful nightmare that I did not wish to wake up from.  Seeing a farm in the distance is so peaceful, that is until you remember that dozens of dead bodies are most likely covering the barns and cornfields. I loved looking at rustic houses barely illuminated by their porch lights as I pondered if it was worth coming out of the shadows to explore each structure. Even outdoor environments felt alive with realistic fabric movements such as tarps and ropes swaying in the wind. I really felt immersed in the world of Outlast 2.

The player models, although not bad, definitely didn’t get as much attention as the environments. Characters all had stiff movement and odd walking animations. One of the main enemies you’ll run into several times, Marta, who is a follower of Knoth, looked like a badly animated zombie out of the Left 4 Dead franchise. Even Knoth’s character model seemed outdated, oftentimes looking like the Penguin from PS3’s Batman Arkham series. You won’t see these characters very often since you’ll be running from them most of the time, but when you do get a glimpse you’ll probably be put off a bit.

Thankfully the sound design in Outlast 2 is just as good as the environmental graphics. The scares that I did get from this game are because of the amazing score that accompanies several key sequences. Getting chased by a group of Heretics is as pulse racing as it gets and the quick violin score just piles on the fear. Even walking around an area that’s uninhabited is stressful due to the subtle music that is often in the background. I loved every minute of the score of this game.

The voice acting is hit or miss. Blake talks to himself a lot and it had me laughing due to the awkward delivery, sometimes even sounding like a bad B movie. The cultists on the other hand sounded very intimidating, especially when searching Blake out. Knoth’s follower, Marta, would give out a blood-curdling scream if she were to see you, and it always had me turning down the volume a few notches if I knew she was in the area. I’ve got to hand it to the sound crew because without the stellar score, I doubt Outlast 2 would be as fear inducing as it is.

Take my hand and I will guide you 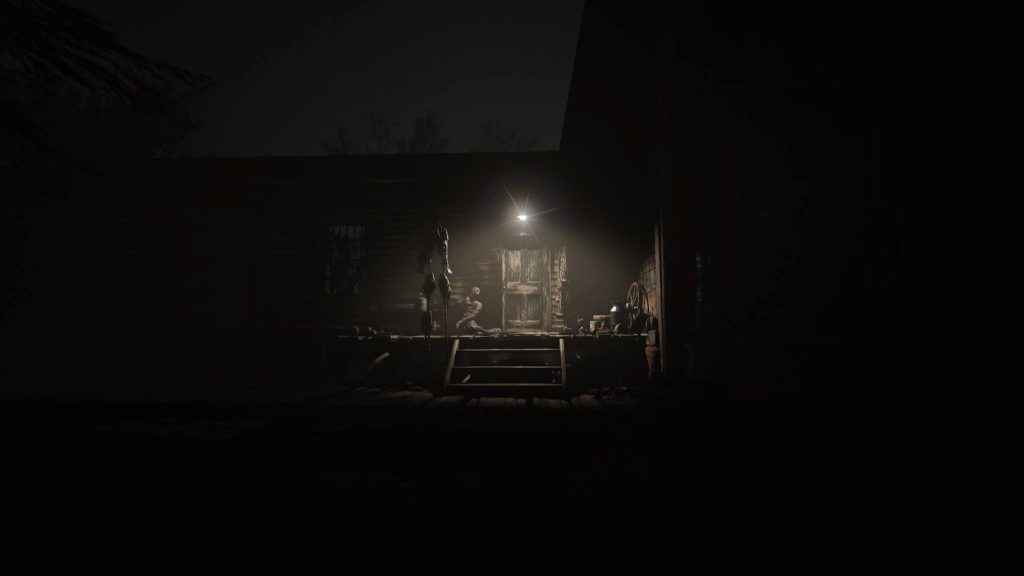 Everything sounds good so far, right? Well, I hate to break it to you, but when it comes to gameplay Outlast 2 is downright lacking. I was bored after the first 2 hours of Outlast 2’s 10-hour campaign. You can only run and hide so many times before it becomes frustrating. The game follows the same formula from the beginning and literally never changes. Blake must make it from point A to point B. Between A & B are two and sometimes three enemies that are armed with butcher knives that will take out Blake with a couple of swipes. If an enemy sees you the music tempo will pick up and you must find a place to hide until the cultists give up their search.  Rinse and repeat about 100 times and you have the core gameplay of Outlast 2.  Blake can run, duck, and crawl, but cannot defend himself one bit. He can’t punch, kick, or dodge. Running and hiding are what you’re taught at the beginning and that’s what you’ll be doing right up until the end. It never, ever changes.

To attempt to break up the monotony Blake can find a read notes throughout the environment but these are usually cryptic messages from one cultist to another or sometimes simply a Knoth bible verse. Being a cameraman, Blake does have a camera to capture key moments during the campaign, but they really don’t give much information in the way of story. You can re-watch these moments anytime by accessing your camera in the menu, but I didn’t see the need to since I was able to figure out what was happening just by reading some of the notes scattered about. If you do decide to re-watch, you’ll see the same thing you shot with your camera but Blake will provide voice over and try to explain why what you just filmed is important.   I felt that the capturing sequences seemed to be just a way to flesh out the story a little more, but I didn’t see it helping me at all in my playthrough.

To assist Blake, two items can be found throughout the environment: bandages for healing and batteries for the camera. Bandages are self-explanatory, use them if you’re hurt, but the batteries serve a bigger purpose. Blake’s camera features a night vision option, which is needed 90% of the time to traverse through Temple Gate. Using the night vision will quickly drain the camera’s battery so having a few extras on hand will reduce the stress of always having the feature on. I would always try to keep the night vision off but usually had a huge stash of extra batteries on hand if needed. The game will give you plenty of batteries; you just need to explore a little to find them. Another option that Blake’s camera has is a microphone that can pick up noises from long distances. This isn’t quite as useful as the night vision, but will help you avoid areas that are inhabited by cultists. The microphone will also suck some battery power, but it didn’t seem to be as bad as having the night vision on.

Peace be with you

Outlast 2 was immensely satisfying for the first two hours of play. That is until I realized that I’ve done everything I can do. The gameplay never introduced anything new and exciting, and the story just wasn’t good enough to keep me entertained. Don’t even get me started on the cryptic ending! If you want me to do the same thing repeatedly, the story has to drive me, and Outlast 2’s story just didn’t motivate me. The game is gorgeous and sounds amazing, but there is no meat on the bone. 10 hours of running and hiding is not fun at all.

Full disclosure: This review is based on a Playstation 4 review copy of Outlast 2 given to HeyPoorPlayer by the publisher. 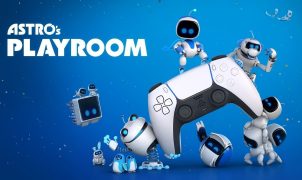 I-Am-As-Tro-Bot! As-Tro-Bot!   While the Super Nintendo was the console that introduced me to gaming, it was the Sony PlayStation that gave me my gaming foundations. From Final Fantasy…