Cancel All Of Your Plans. Yes. Seriously. You’ll be here a while. 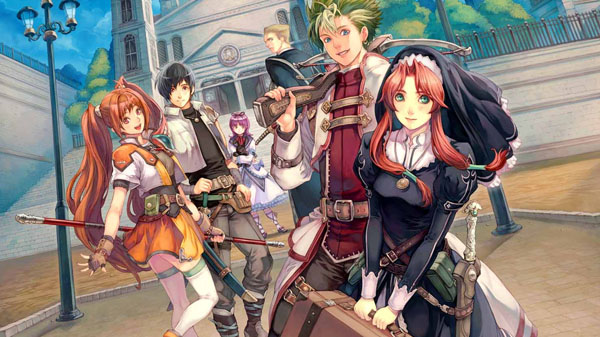 Anyone familiar with The Legend of Heroes series knows full well that these games are not for the feint of heart. Promising up to eighty hours of gameplay with some titles, it’s no secret they’re an undertaking. This tradition continues with The Legend of Heroes: Trails in the Sky the Third, which promises to conclude the Trails in the Sky series. With all the content, fans are not likely to be disappointed.

Personally, I have never played a Legend of Heroes game before. I was warned that these are games not to be taken lightly in their vastness. I thought I was prepared for the undertaking, but wasn’t quite ready for what that actually meant. With cutscenes that take over an hour to complete, extensive and intricate battles, and an upgrade system that still eludes me in terms of sensibleness, it became very clear early on that this would be a hard game to rate.

Still, I endured and I feel that for what I’ve accomplished, I’m better for it. What I’ve played thus far has been a fun experience, if at times daunting. The game is not without its flaws, however, as listed in the previous paragraph. It seems prudent to warn anyone jonesing for a JRPG experience that this is not the side of the pool to step into. Start at the beginning. The Legend of Heroes: Trails in the Sky the Third is certainly a good game, but it’s no introductory title.

However, if you are a fan of the series, don’t fret. Let’s you and I go on an adventure that may, or may not be, all too familiar.

For those who played and loved The Legend of Heroes: Trails in the Sky SC, you might recognize the newest protagonist. Kevin Graham is a traveling priest and knight of the Septian Church. With his trusty crossbow and easygoing attitude, he’s ready for just about anything, and is quite the force of nature. As you play the game, Kevin will also be your main source of heals throughout your combat experience, so level him accordingly as you acquire Quartz. 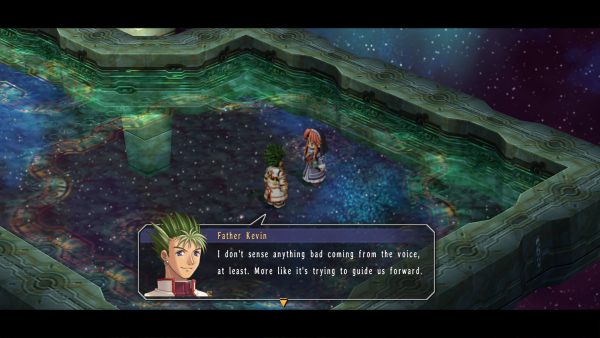 A mission gone awry traps Kevin and his old friend (and now Sister in the Septian Church) Ries in a world known as Phantasma. Together they must solve the strange mysteries of this strange plane, with help from disembodied voices. As the duo progresses, they are joined by friends both new and familiar by unlocking them from glowing cubes located around Phantasma. Unlocking your friends also serves to unlock bonus story sequences, so make sure to get them all!

Kevin must battle his way through the Lords of Phantasma to free his friends and discover elements of his own past if they’re to ever leave this strange new place.

This Dialogue Sequence Needs an Intermission.

So far, from what I’ve played of the game, the majority of it has been dialogue. This makes it feel, at times, more like a visual novel between Gaia Online avatars than a video game. Not to spite it for intensive narrative, though, because it’s in fact an almost welcome break from the norm. However, taking a break from the game during these moments is impossible. There’s no way to save, skip, or pause during narrative dumps, which means you’re stuck until things play out. I’ll say it flat out. This. Was. Infuriating.

Perhaps this would have been more exciting to someone more familiar with the series. Nevertheless, while the characters themselves were not disinteresting, their lengthy dialogue made them stale. Quick. It doesn’t help that once again we have a game that is filled with anime character tropes. Is it too much to ask that characters act like adults?

Maybe that’s just the cranky twenty-nine year old in me, but it remains exhausting. When I’m already an hour into a narrative cut scene, I don’t need five minutes of people obsessing over the cuteness of their child. Please. If you’re going to drown me in this much conversation, make it worthy of my attention! 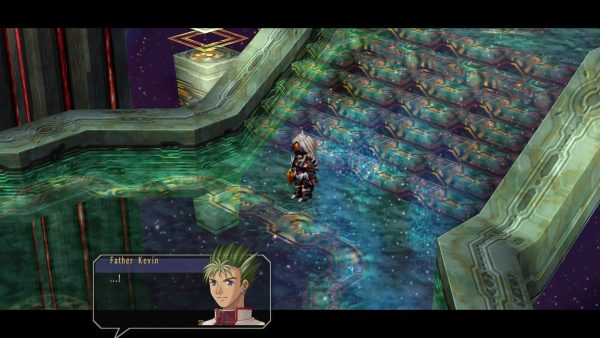 That being said, when characters finally had real conversations, I enjoyed them. Kevin Graham is spunky, but not egotistical. Sister Ries is pious, but not overly abrasive with her faith. Youthful and exuberant Tita is far from annoying. This and similar statements can be made of other characters and party members met down the line. No one is unlikeable, at least that I’ve met so far. I just hate that there’s so. Much. Talking. No text fast forwarding. No skipping. You’re in for the long haul, baby.

At six hours in, I reached the first boss. It wasn’t an overwhelming endeavor, and only took two tries to beat. For what it was worth, I enjoyed the layered combat experience it offered as well. With each defeat it took on a new form, and although it didn’t require me to change up my technique that much, it did make things more intense. I had to act quickly to ensure a win, lest my team get wiped in one or two massive attacks. With this defeat, the real story finally begins to open up. Mysteries that were laid out in the first few hours of gameplay begin to bear fruit.

What I could have done without isn’t so much what was in the game (aforementioned cutscene length complaints notwithstanding) but what wasn’t. Characters auto-level as they progress; the only thing you have to worry about managing is character Arts and Slot upgrades. 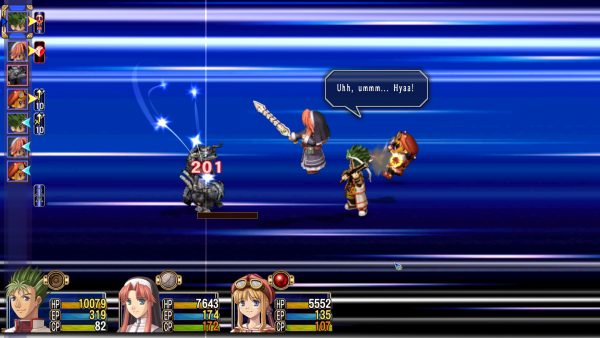 I only have a loose idea of this function. So far in as I’ve played for adequate review purposes, I’ve been winging it and managing okay. Yet I know that the longer I go without aptly researching this, the more my characters will not be built to the best of their strengths and weaknesses. Naturally, this will serve only to hinder the overall experience of my game. What’s unfortunate about this is that The Legend of Heroes: Trails in the Sky the Third never actually teaches you how to do any of this. The game gives you an in-game manual, of sorts, to read and figure out.

Time and time again, games are doing this, and I feel it to be poor design choice. If you can’t bother to teach people to play your game, is the game worth playing?

In this case, the answer is a tentative yes. A closer inspection reveals that the majority of what you need to accomplish these goals is an item called quartz, and these are dropped with every boss battle. You’ll need a lot to start making real differences in your character’s abilities, but with patience and endurance you’ll get there. The same can be said of slots, though in order to make these work you’ll need significantly more quartz still. It’s a trial by fire and a test of one’s patience, but in the end becomes more manageable than one may think. 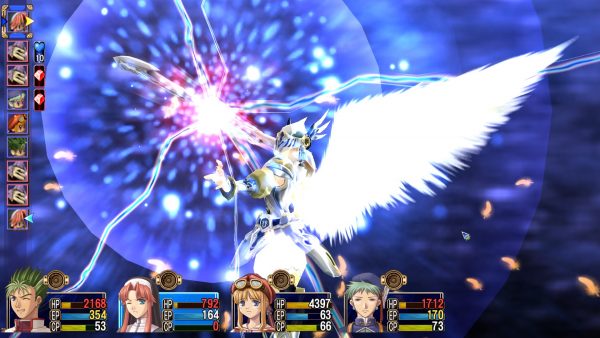 The complaints listed above are pretty contrite and perhaps a bit overzealous. Regardless, The Legend of Heroes: Trails in the Sky the Third is a massive game with insane beauty where you wouldn’t think to look. It’s very clear that a lot of love and care went into various aspects of its narrative as well as its design. Menus are very easy to read and maneuver through as well.

Environments are crisp and gorgeous where they should be, and unobtrusive where it doesn’t matter quite as much. I would have preferred a more automatic camera as opposed to the manual rotation when navigating more detailed environments, though. This got odd at times, especially given that sometimes one can’t rotate the camera for reasons not explained.

For turn-based combat that doesn’t keep to a static line, the battle system is pretty clean cut. Animations are clear, and the limit break-style attacks are at times visually breathtaking. Working on a point system for Action, Energy, and Combat, the player knows what they can do and when ahead of time. This makes attack planning straightforward, as you’ll have no guesses about what’s available to you when the time comes. All in all, when it comes to the battle system, The Legend of Heroes: Trails in the Sky the Third doesn’t really break the mold. It keeps to the traditional and familiar systems, and that’s just fine.

I’ve said it before, but I’ll close with further emphasis on this: The Legend of Heroes: Trails in the Sky the Third is long. Long with a capital L. Don’t let that dissuade you, but remember, if you’re new to the series, it’s best not to start here either. The game is enjoyable and well put together, but requires patience unless you’re among the most stalwart of RPG gamers. There’s a lot of game for the price being asked, and if you’re up for it, it’ll be worth it in the long run.

Full disclosure: This review is based on a PC review copy of The Legend of Heroes: Trails in the Sky the Third provided by the publisher. 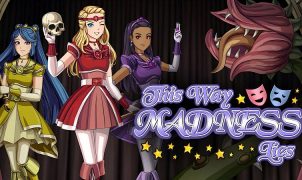 It Takes Two Review: Honey, we’re shrunken shells of our former selves I don’t know who needs to hear this, but marriage takes work. Actually, I do know who…