Tank Warfare: Tunisia 1943 Rumbles Onto Steam At A Discounted Price 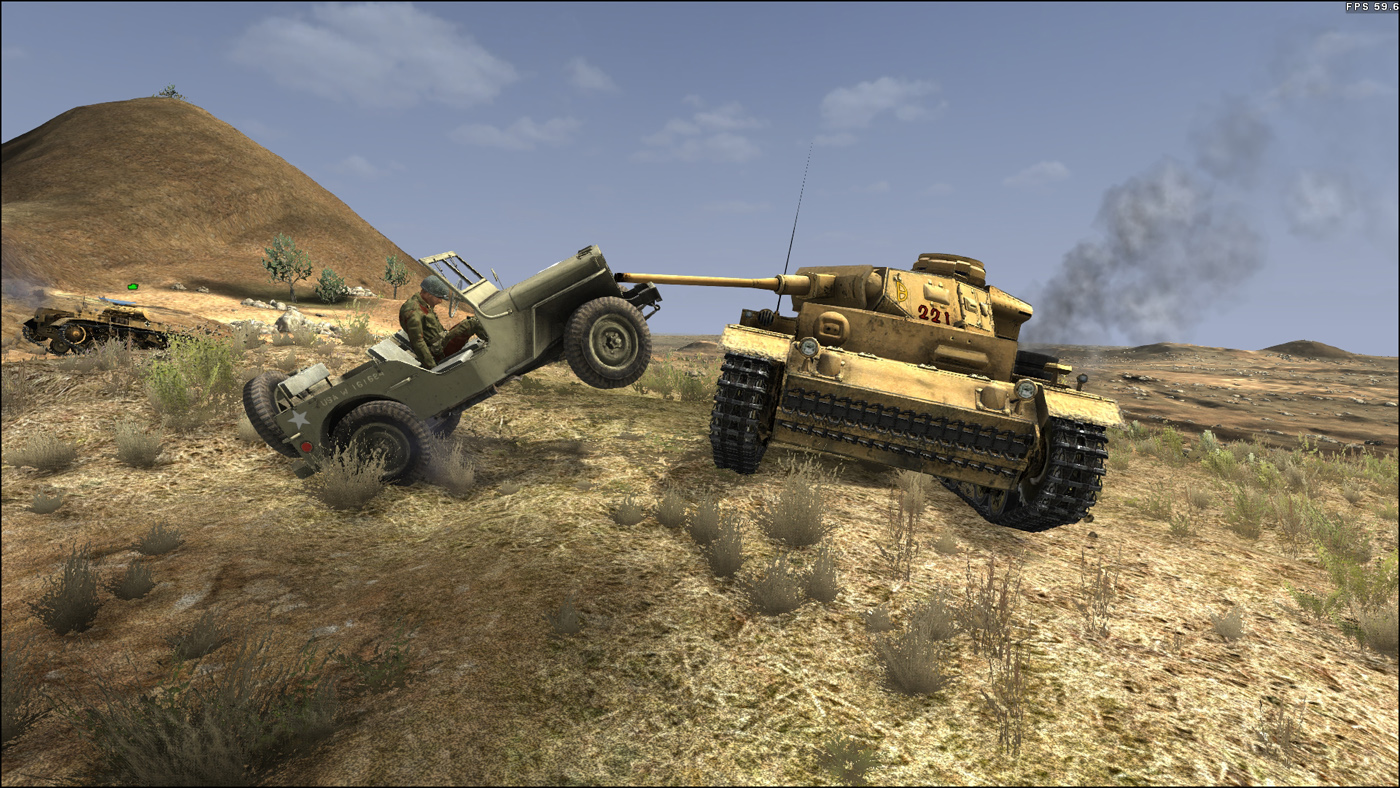 Tank Warfare: Tunisia 1943, the historically-accurate game of tank combat developed by wargames developer Graviteam, is now available on Steam.  The latest release from the team, who’ve given players the chance to wage war in their previous releases, Graviteam Tactics: Operation Star and Steel Armor: Blaze of War, is available at a special discounted price of $33.99, a 15% savings from its $39.99 MSRP. This special offer will last until May 7 to commemorate the end of the second World War.

“Hardcore strategy gamers want the upmost sense of realism to match the urgency of real-world conflict,” said Vladimir Zayarniy, Graviteam CEO. “Our combination of smart design and definitive history, put together by true World War II aficionados, will floor those looking for a new take on the uncompromising game of war.”

For those who haven’t been following the title, Tank Warfare: Tunisia 1943 is set against the backdrop of the Tunisian Campaign in winter 1943. During the conflict, German Panzers launched a daring counteroffensive against the Allies to force them out of Eastern Dorsal. Players take command of either US Army and Wehrmacht tank divisions and battle it out with over 50 vehicles produced by Germany, USA and the United Kingdom over 400 sq. km of realistic terrain that was painstakingly recreated using topographical maps and other media.

For a look at what’s in store, check out the latest trailer for the game below:

We’re currently fighting the good fight and working our way through the campaign. That said, stay tuned for our full review of the game in the coming days. Additionally, if you want to take advantage of the limited-time discount, you can grab your copy of Tank Warfare: Tunisia 1943 here at the game’s official Steam page.

So, will you be rolling out into the Tunisian battlegrounds this week to beat back the fascist forces? As always, we love to hear what you think. Be sure to sound off in the comments and let us know.

Saints Row Review: When the Saints come murderin’ in I think there’s a misconception about what defines the Saints Row franchise. Plenty of people remember the earliest titles and…