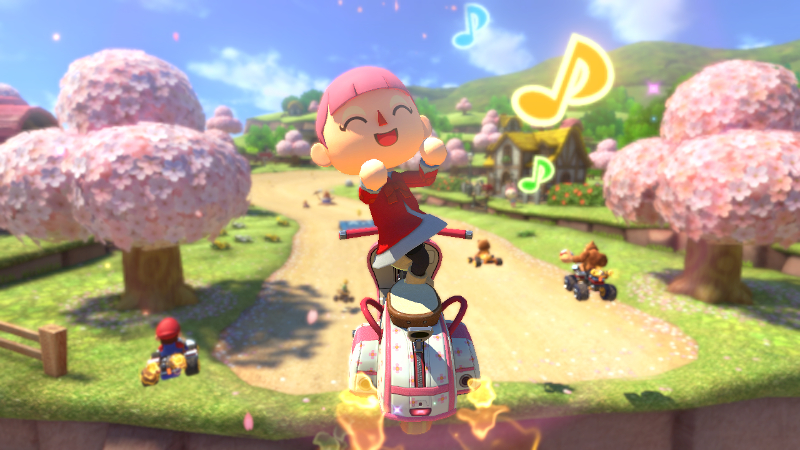 Sorry to kill the suspense, but this is the only crossover track that made the list (sorry, Zelda, F-Zero and Excitebike fans!). While Animal Crossing is admittedly my favorite of the four cameo Nintendo franchises, I consider its respective track the best more so out of the ambition in regards to detail. Just like in the source material, the Animal Crossing track shifts into four different seasons upon each race: spring, summer, fall, and winter. Each season comes with its own differences: for example, the screeching Mr. Resetti will pop out as a hazard in all the seasons but winter, where the slippery ground reduces traction.

It’s really the number of references that make Animal Crossing a winner, however. Seeing all the familiar villagers cheering you on is neat, but did you know K.K. Slider plays some of his iconic hits (Go K.K. Rider!) if you drive up to him? Drifting balloons hold item boxes just like the present-bearing ones from the original series, and hitting rocks makes Bells come out (which, by the way, replace Coins here). And who can’t help but get nostalgic when the GameCube Animal Crossing theme plays in the spring version? 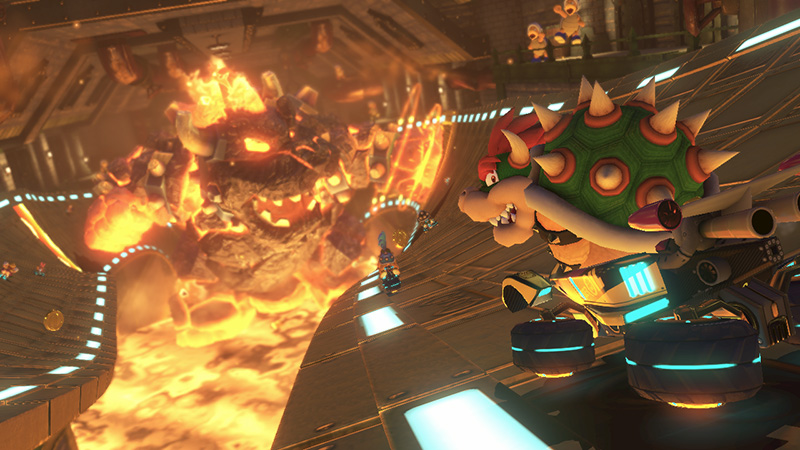 This nefarious track melds show-stopping traps and constant, yet subtle use of anti-gravity to create the best Bowser’s Castle to hit Mario Kart yet. Like Thwomp Ruins, this too activates new hazards as the race progresses; for example, remember those laser-spewing Bowser Statues from Super Mario Bros. 3? They’re back! Be it boulders, lava geysers, fire bars and a giant swinging flail, the King of Koopas’ lair has never been deadlier.

Mario Kart 8 knows anti-gravity can’t always steal the show, so courses occasionally divert attention to certain hazards; case in point, a giant lava-powered Bowser statue that punches away at intruders. Surrounded by anti-gravity paths that speed along the walls, this animatronic-like behemoth preys upon one road at a time, so you only have a split second to appropriately change course. Ignoring it isn’t an option, lest you wish to lose coins and precious, precious time. 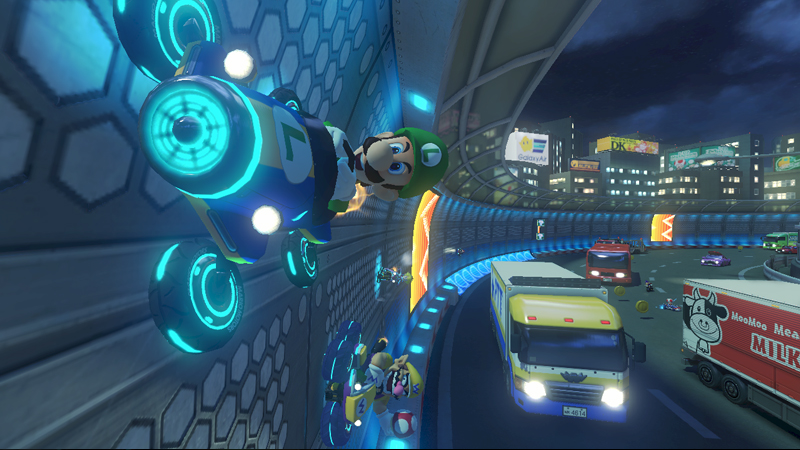 Out of all the retro tracks, the Mario Kart 64 courses were probably revamped the most. Even putting their glorious reintroduction to HD aside, the implementation of Mario Kart 8‘s mechanics  may as well have transformed them into entirely new tracks! N64 Toad’s Turnpike is the best example: racers now boost off cars, zip along anti-gravity walls and glide over overpasses down to the finish line. That these are impossible to do in the original game isn’t exclusive to Toad’s Turnpike, but the direct emphasis on flight and anti-gravity is almost completely unlike the sleepy, yet treacherous highway on Nintendo 64.

By the way, did I ever mention just how much I love Mario Kart 8‘s world-building via signs and whatnot? The N64 tracks were ripe for reimagination on this front, as the original Nintendo 64 course was something of a nebulous highway that didn’t make the least sense in regards to construction (ever stop to think where those cars were heading?); here, we’re on the outskirts of Toad City, surrounded by forests and gas stations as the city and its numerous advertisements (Burning DK!) loom over the track. What fun details! 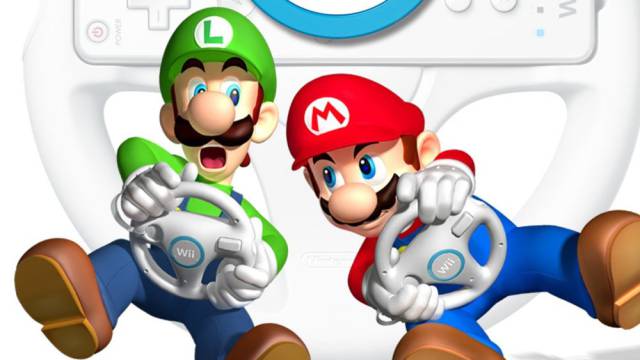