A Spark of hope for new platform games. 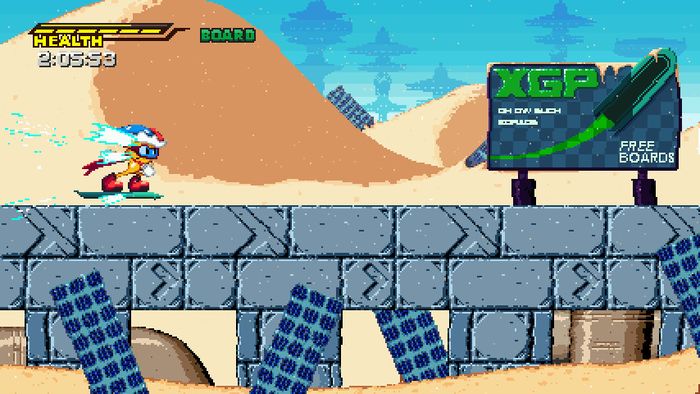 Sonic The Hedgehog fans are pretty excited at the upcoming Sonic Mania, and rightfully so; it looks like a proper return to form for a much-loved character and franchise. But before Sonic Mania offered us a glimmer of hope, some frustrated fans decided that the only way we’d ever get a proper Sonic-style game would be if we started making them ourselves. It’s from that void that games such as Freedom Planet and Spark The Electric Jester were born, and we’re pleased to say that sometimes the brightest titles come from the most desolate of circumstances.

The game stars Spark, a yellow “Electric Jester” who is of an indeterminate species. It turns out that he recently lost his job to a robot, and that the whole world seems to be in the grips of a robotic takeover of the labor sector. Spark finds the robot who took his job, a doppelgänger named Fark, and sparks off a rivalry that slowly uncovers a larger and more sinister conspiracy.

The sound of speed 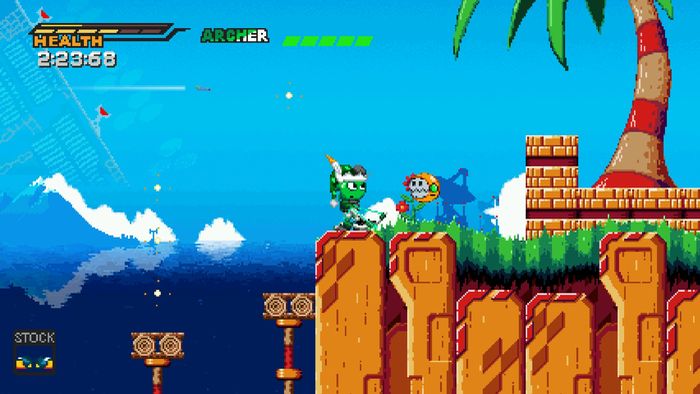 The game’s Sonic influences are apparent from the get-go: levels are colorful, the pace is fast, and the music is an uplifting selection of electronic melodies. Spark himself dashes through the levels at a considerable speed, though he isn’t nearly as fast as a certain blue hedgehog. Our dear Spark is a somewhat more acrobatic fellow, though, augmenting his speed with frantic wall-jumps and hyperactive attack moves.

Further mixing up the gameplay is the inclusion of a variety of “costumes” that Spark wears. These endue him with a plethora of different powers, such as turning him into an archer, a mage, or allowing him to spit fire. The list of powers is extensive, and a major draw to the game is discovering all the different types of costumes and what powers they wield exactly. Some of them give Spark better combat abilities, some help him traverse the levels better, and some almost seem to border on cheating. Sometimes, powers can even be lost during an attack, giving players a very brief window of time to quickly attempt to regain them. If you’re thinking that this all sounds a little like Kirby, you’d be correct: it’s all about using your different abilities to explore and kill the bad guys. 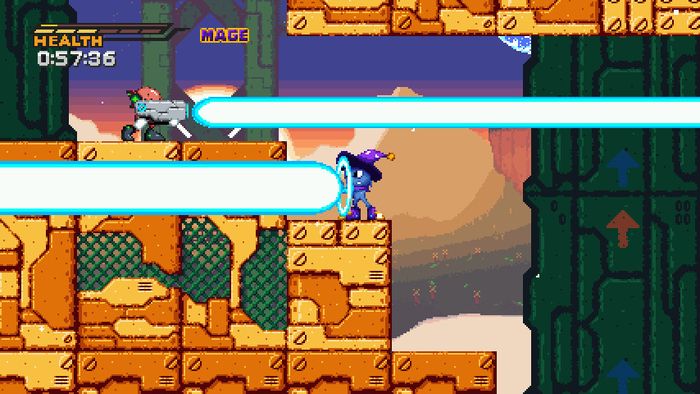 And boy. Is there ever a lot of exploring to do. Levels are massive. Sprawling. And can take upwards of ten minutes and more to finish. If that doesn’t sound like a lot, bear in mind just how fast Spark travels. A minor complaint is that sections of the levels occasionally feel empty, but fortunately this isn’t too frequent. Those familiar with the dev’s previous fangames, Sonic Before The Sequel and Sonic After The Sequel, will recognize the distinct and labyrinthine level style.

The overall difficulty isn’t too bad. In fact, the title is fairly easy. Its strength lies in the aforementioned exploration of its gigantic levels, and the fact that there are a large number of them. Additionally, players may unlock Fark as a playable character upon completion of Spark’s main campaign. Fark’s game is harder and has considerably different mechanics, making for a lot of replayability. In fact, I’d even go so far as to call Fark’s campaign superior, because it’s a bit more of a challenge than the original scenario, and definitely aimed towards those who like their platformers with a bit of a bite to them.

Not in jest, but in earnest

Graphic-wise, the game utilizes a look that invokes familiar Sega Mega Drive sensibilities. The colors are bright, and there’s plenty of slopes and checked walls, but to be completely honest, I’ve seen better examples of pixel art. Nonetheless, it remains attractive and is a considerable improvement over the developer’s previous fan game efforts. However, the soundtrack is easily the game’s strongest point. The tracks are appropriately electronic, ranging from melodic ambient to more club-orientated mixes. They definitely wouldn’t be out of place in a Sonic game, and are a nod to SEGA’s penchant for creating memorable tunes.

Spark The Electric Jester is an extremely fun, fast-paced platform romp. It’s a love letter to long-time Sonic The Hedgehog fans, but it also draws inspiration from a slew of titles from the 16-bit era. A mixture of beautiful level design, loads of special moves, tons of replayability, and an absolutely fantastic soundtrack all work together to create a solid 2D gaming experience. We recommend that you pop on over to its official Steam page to snag a copy of your very own. If you need just one platform gaming fix this year, look no further than this. Absolutely the best!

Full disclosure: this review is based on a Steam key of Spark The Electric Jester provided to Hey Poor Player by the publisher. 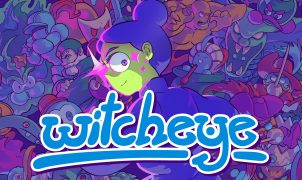 She Got the Moon in Her Eye     Everyone enjoys a classic story of heroism from time to time, myself being no exception. Complex narratives can be great,…