There is no spoon. 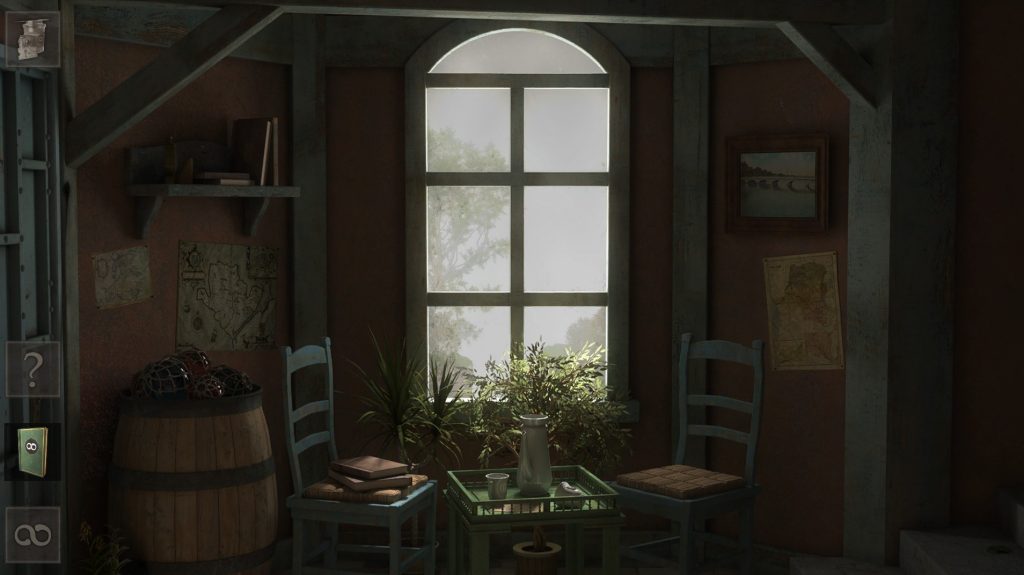 It’s easy to get so caught up on life that we forget why we do the things we do. We go to jobs we hate so we can get money for food, rent, and other necessities. We take on the dreams of others and work towards the success of a company or client instead of our own. We do things we don’t generally like because we feel like we’re obligated to do so. And while we may not like it in the moment, we swallow that discontent so that we can power through the day.

Days become weeks, weeks become months, months become years, and years become a lifetime. Those moments that we swallowed allowed the unpleasantness to define us, and in not doing anything for ourselves, we became molded by others into a self we didn’t choose – a self that we may or may not have preferred. It is this concept that The Search explores, and if you’re open to the message it presents, you may feel inspired to live a life of your choosing.

The Search, created by Jason Godbey, is a first-person point-and-click puzzle game. It is currently available on Steam for the fair price of $3.99 and can be roughly played through in its entirety in about 45 minutes (although it might take longer if you want to unlock all the achievements). The Search features voiceover acting from Cissy Jones (Firewatch, Life Is Strange), beautifully illustrated 3D environments, and a storyline that doesn’t so much center around the character but waxes philosophical on the meaning of life. 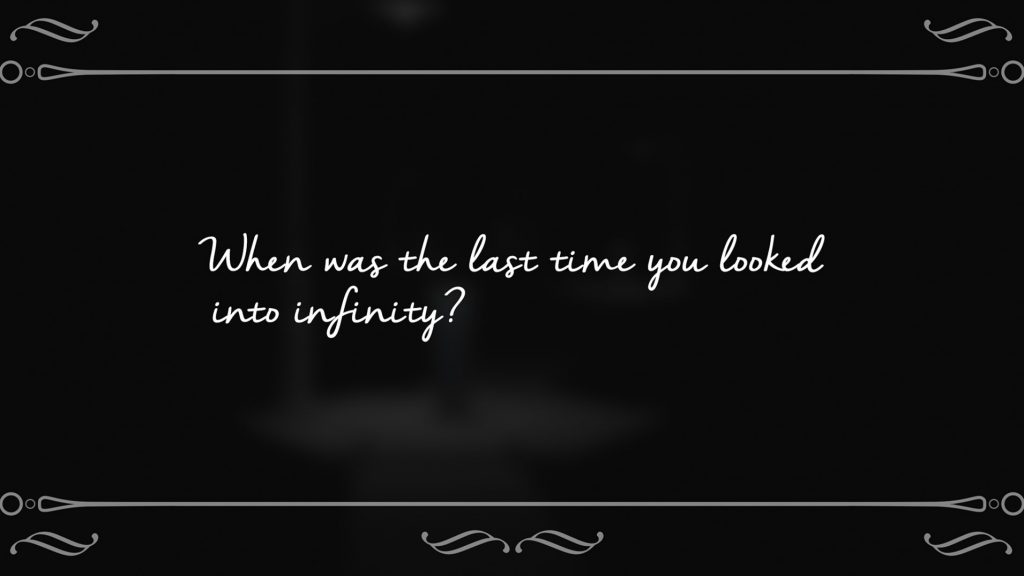 The game is centered completely around the philosophical concepts that the developer wanted to convey interspersed with puzzles – not necessarily the other way around. Admittedly, I knew nothing about the game before playing it, and (again) admittedly I’m the type of person who finds purposefully esoteric, armchair philosophy a bit contrived and boring. Keeping an open mind, I powered through the game and gave it a fair shake despite my own personal hangups.

The Search opens up with a woman’s voice describing what she can see, which is not much. Some parts of her world are lost to the void, making other aspects of her world clearly visible. This invites the player to then click forward towards small pedestals which offer pieces of paper with some poignant words of wisdom on them. This continues throughout the game, and is essentially its premise. The woman sometimes muses on these pieces of paper, offering further insight to the writings from “essays she’s read” or “Carl Jung’s assertions”. These small bursts of introspection are interspersed between puzzles where the player must collect paintbrushes, canvases, and paint cans. When a path is blocked, the woman uses the paintbrush and canvas she’s come across to draw a way through. Ticket stations take her to the next area, and the puzzles lather, rinse and repeat until the end of the game. 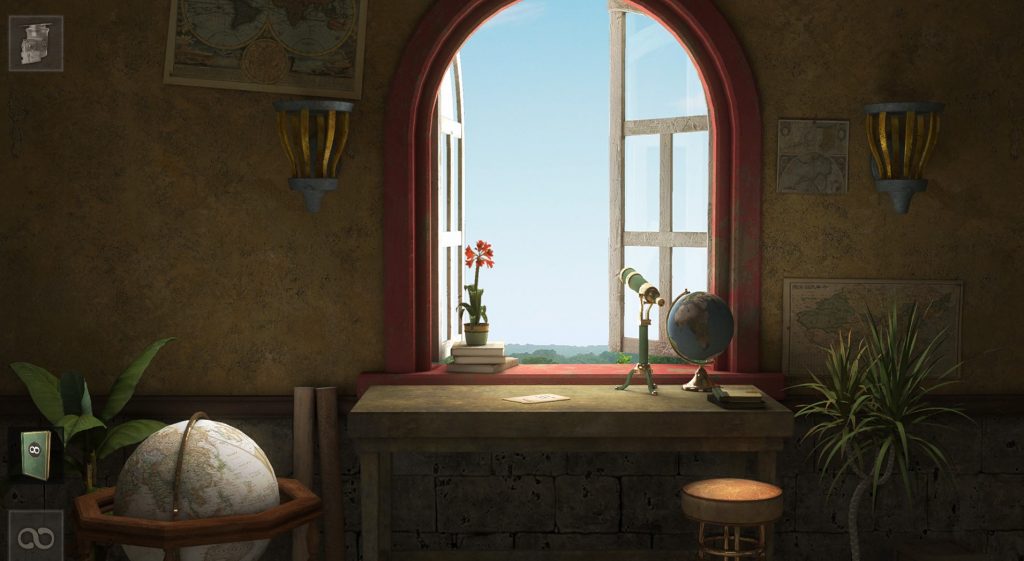 The visuals were absolutely stunning and were the reason why I chose to review this game. Very calming and relaxing to walk through as I searched for pieces of paper and painting materials. The music was also lovely, but one very slight problem I had with the audio was that the music stopped abruptly when dialog came up, a jarring feeling that left something to be desired. Overall, the puzzles became a bit predictable but simultaneously not monotonous. Is it because they were so beautiful? I am not sure, but even though there was a lack of puzzle variety I was still not bored of them and enjoyed finding each and every clue that I could.

If I were to be completely honest, I found the onslaught of philosophical musings to be a bit tedious at times. There were a lot of points vying for the spotlight, pushing and shoving each other out of the way for the ability to be noticed by the player. Simultaneously, by the nature of chance, there were a few concepts that really did strike me as something I agreed with or even found inspirational, so it wasn’t all a complete wash. If the main point had been allowed to shine a little brighter and some other, smaller points removed, the ending would have had more of an impact, and the noise would have been diminished. With that being said, the game was still enjoyable, and I would not consider it to be a detriment necessarily.

For the cost of your morning coffee, you can enjoy this small, really beautiful game (in about the amount of time you’d finish said cup). If you’re up to listening to some of the concepts discussed and simultaneously feel like your life isn’t going in the direction you’d like it to be going, this might actually be the game for you. It’s recommended that you go into this game with an open mind and an appreciation for the beautiful graphics – keeping the focus on those things will ensure that you get the most out of this pretty little game.

Full disclosure: This review is based on a Steam review copy of The Search given to HeyPoorPlayer by the publisher