You remind me of the babe. The babe with the power. 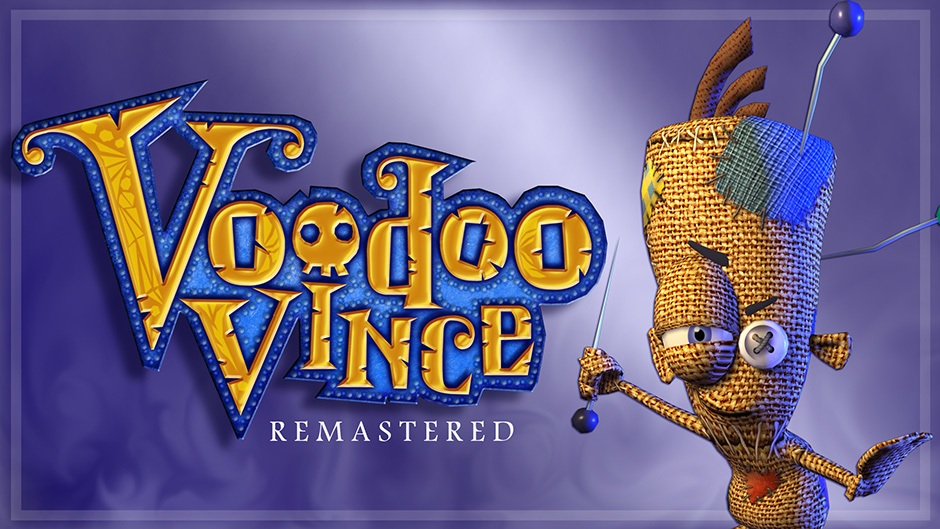 Voodoo Vince Remastered is stuck in a pretty unfair position. In any other month, in any other year, a 3D platformer with this much charm and personality might’ve stood out as something really special. Unfortunately, it shares the same month as the spectacular Yooka-Laylee and the revival of Tim Schafer’s beloved Psychonauts.

If you’ve never played the original 2003 cult classic, there’s a lot to like about Voodoo Vince. The soundtrack is phenomenal, the bosses and challenges are often more creative than similar platforming fare, and you just can’t beat the warped New Orleans aesthetic. But thrown into stark relief against the backdrop of what are, frankly, much better games, it becomes hard to look past the flaws of this often buggy remaster. 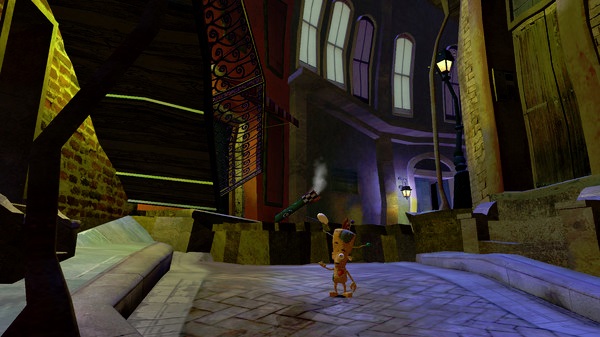 Voodoo Vince begins in the voodoo shop of one Madame Charmaine, on the night it’s raided by a pair of henchgoons who kidnap her and steal her Zombie Dust. These goons turn out to be working for one Kosmo the Inscrutable, a magician who thinks that he’ll be able to use the Zombie Dust to bend reality to his will but whose incompetence means he just ends up bending reality more or less at random. Case in point – his goons accidentally bring to life Vince, a canvas voodoo doll tasked with fighting monsters, saving Madame Charmaine, stopping Kosmo, etc.As far as plot goes, that’s pretty much it. Rather than focusing on any kind of emotional narrative, the game’s mostly about the humorous back-and-forth between the sarcastic Vince and the characters he encounters.

There’s nothing wrong with that (it’s pretty much what both of the games I mentioned above do), except for one thing: most of the jokes aren’t very funny. They mostly rely on the kind of very basic insult comedy you get from lazy children’s cartoons, and they tend to go on far, far longer than they should. A good example of this is a sequence early on where Kosmo’s monologuing is interrupted by a henchman who somehow manages to work his way into the “frame” of his astral projection. There’s potential for good comedy there, but only if it’s kept tight – instead, Kosmo acknowledges the intruder, the henchman protests, they have another back-and-forth, Kosmo banishes him, and then he makes a big deal about figuring out where he was in his monologue (which is far too long all on its own without this interruption.) What’s more, I found the voice acting to be (in the immortal words of K-2SO) “vague and unconvincing,” especially in the case of Vince. Kosmo himself is the funniest and most likeable character, an arch-villain whose greatest nemesis always seems to be himself – but again, he tends to overstay his welcome. 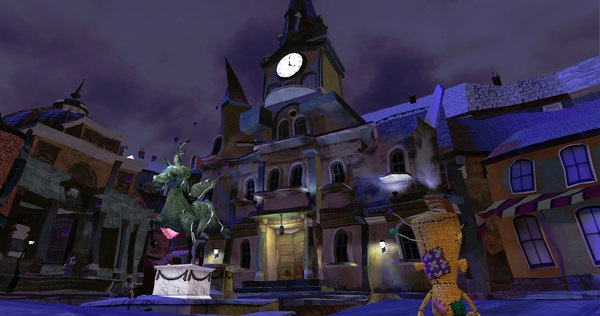 Like Vince himself, the game is best when it shuts up. Most of the actual character interactions were pretty forgettable, but the setpieces I came across in my journey through a voodoo-corrupted New Orleans have stuck with me. Like playing “Chicken” with a giant angry piggy bank. Or fighting off redneck alligators. Or a jam session with a trumpet-playing jazz skeleton. Every level is unique and interesting, and the aesthetic is gorgeous – cartoony, but rooted in the unique visual style of its setting, something we don’t see nearly often enough in games. Plus, Steve Kirk’s soundtrack for the game is absolutely top-notch, breathing a lot of life into environments that are already chock-full of personality.

Unfortunately, the levels by themselves are very short, and it seems like you barely have time to play around with a mechanic before the game moves on to the next thing. To extend its runtime, the game boasts loads of collectible doo-dads for players to find, and while that’s par for the course for this genre, this is unfortunately the type of game that gives collect-a-thons a bad name. The main collectible item is Vince’s voodoo powers, which he can use to wipe out all the enemies in an area. The different animations for each power are a lot of fun – Vince can do everything from stabbing himself with needles to dropping anvils on his head to chainsawing himself in half, and every enemy has a unique animation showing the same thing happening to them – but they’re all equally effective, meaning that there’s no real incentive for collecting all 30. The same can be said of Zombie Dust, which boosts your health in a game where dying is little more than a minor inconvenience, and Skull Pages, which let you use your voodoo powers more often when I already felt like I was using them in every even-slightly-difficult combat.

Because the levels and gameplay are clearly not designed around them, these collectibles feel more like artificial padding than essential elements of play. 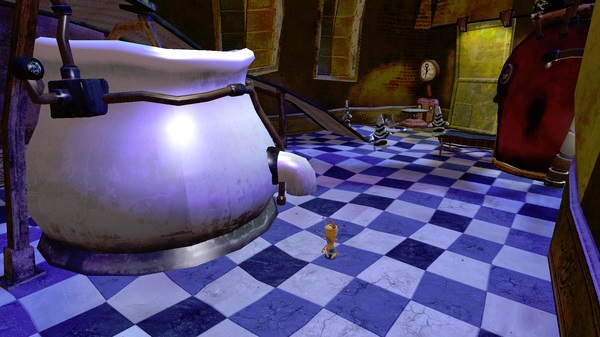 Of course, all of the above could be said of the original Voodoo Vince. The real question for fans is: what does this new Remastering bring to the table? Unfortunately, the answer is “not much.” The game now runs in 1080p at 60 frames per second, but I personally consider this the bare minimum of what a modern PC game should do. In every other respect, there’s very little difference between this and the original Xbox 360 version – indeed, even the control prompts show the Xbox buttons.

The graphics show their 14-year age, with ugly textures stretched over simplistic polygonal models that have a bad habit of clipping through each other. Keyboard controls are a joke, with no option to control the camera unless you’re using a controller. Speaking of the camera, the combination of an old and poorly-programmed automatic camera and the fact that Vince jumps just a little too fast gave me actual motion sickness, and I found it very unpleasant to play the game for more than 30 minutes to an hour at a time even when I was enjoying myself. 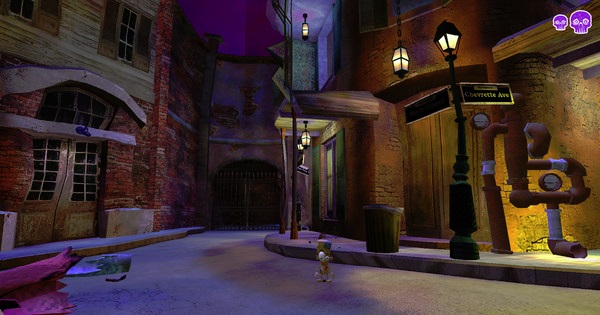 And that’s it, really. Voodoo Vince Remastered is far too short and far too shallow to merit much more of a review. Looking back, I enjoyed my time with the game, more or less, but unfortunately the technical issues and the laziness of the remaster are hard to look past.  If you’re a die-hard fan of platformers, eager to play everything the genre has to offer, than you might find that the jazzy music and whimsical charm of Voodoo Vince Remastered is just what the (witch) doctor ordered. But for everyone else, you really should just play Yooka-Laylee.

Full disclosure: This review is based on a review copy of Voodoo Vince Remastered given to HeyPoorPlayer by the publisher.