I want to go further down the spiral 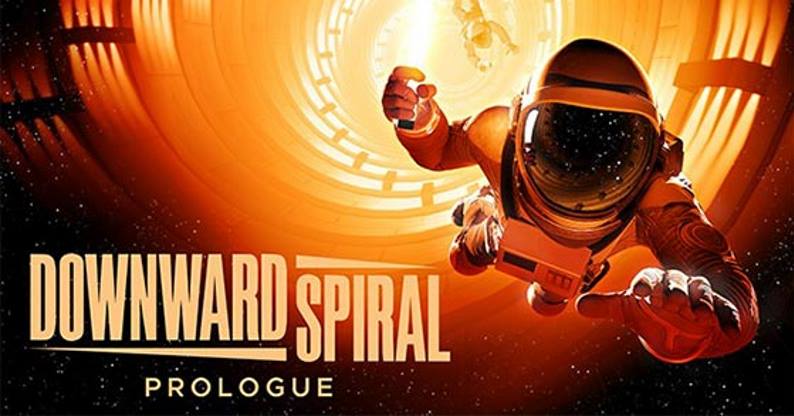 Downward Spiral: Prologue is a game that begins with promise. The debut title from Helsinki, Finland-based developer 3rd Eye Studios, it’s a VR experience set against the backdrop of an eerie abandoned space station. From the moment you first float weightlessly down an eerie corridor to a humming terminal, it’s hard not to be impressed with its moody atmosphere. And things only get better from there. From the cool retro-futurist aesthetics, complete with chunky computer terminals and funky sci-fi gadgets at your disposal to the zero-gravity gunplay and exploration, the game builds a foundation for a world I want desperately to explore. Sadly, this opening chapter comes to a close just as it starts to really pull you in, only to leave you wanting more.

The first chapter in what’s obviously meant to be a much bigger story, Downward Spiral Prologue is light on storytelling. In fact, this opening chapter seems more like a very polished demo than a proper introduction to the narrative. You’re simply plopped into a derelict space station hanging high above the earth and left to explore the sterile corridors of a doomed space station for the duration of the game’s roughly 20-minute playtime.

Over the course of the chapter you’ll make your way through the various labs and corridors that make up the orbital installation. Occasionally you’ll have to dispatch ominous flying robots with your pistol, or flip toggle switches and levers to operate strange terminals. You won’t interact with anyone else or find any notes to uncover the fate of the station’s previous inhabitants in this prologue. However, what it lacks in story this opening snippet makes up for with a convincing atmosphere of isolation and satisfying sense of presence in the game’s world.

Similar to the recently-released Mission: ISS, Downward Spiral takes place in a zero-gravity setting. As such, you’ll need to grab onto nearby surfaces and propel yourself along using either your Touch or Vive controllers. It takes a bit of getting used to, but before long you’ll be flinging yourself through the environment with ease. About halfway through the chapter you’ll discover a tool that makes navigation much easier. Essentially a gun that fires jets of compressed air, you can use this device to simply point and propel yourself the environment. While most tools are great, it’s a shame that others, like the glow sticks you find all over the place, aren’t used in any meaningful way. 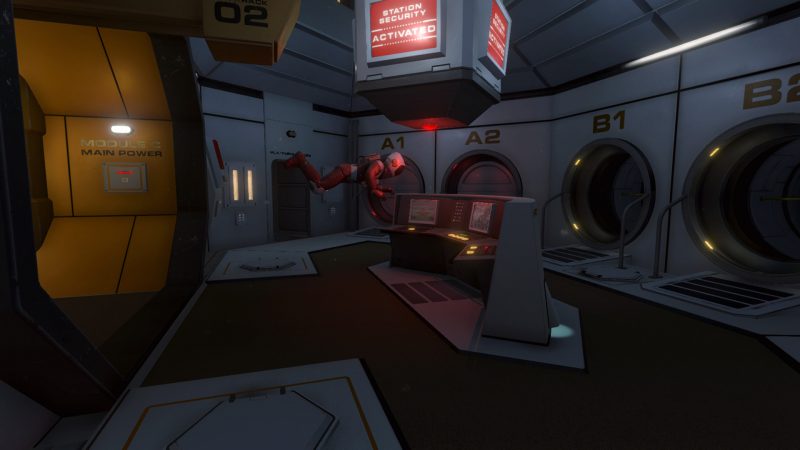 The beginning is the end…

Downward Spiral: Prologue may lay the story on awfully thin. However, that same sense of mystery is part of what makes it so intriguing. It’s just a shame that as soon as it sinks its hooks into you things come to a jarring end. This bite-sized length is definitely the biggest issue facing the game. This is especially true when you consider it took me just over 20 minutes to wrap up the campaign mode with all but three of the Steam achievements. Once you wrap up the main story mode you could technically extend its mileage with both the cooperative and multiplayer death match modes.

That is, you could if anyone else were playing the game at the moment. As of the time of this writing I’ve been unable to find another player to dive into either game type. Which is a shame, because the thought of some visceral zero-gravity competitive gunplay sounds amazing. Hopefully the community grows with future chapters. There’s a lot of potential for good fun found baked into the game’s sturdy sci-fi foundation. 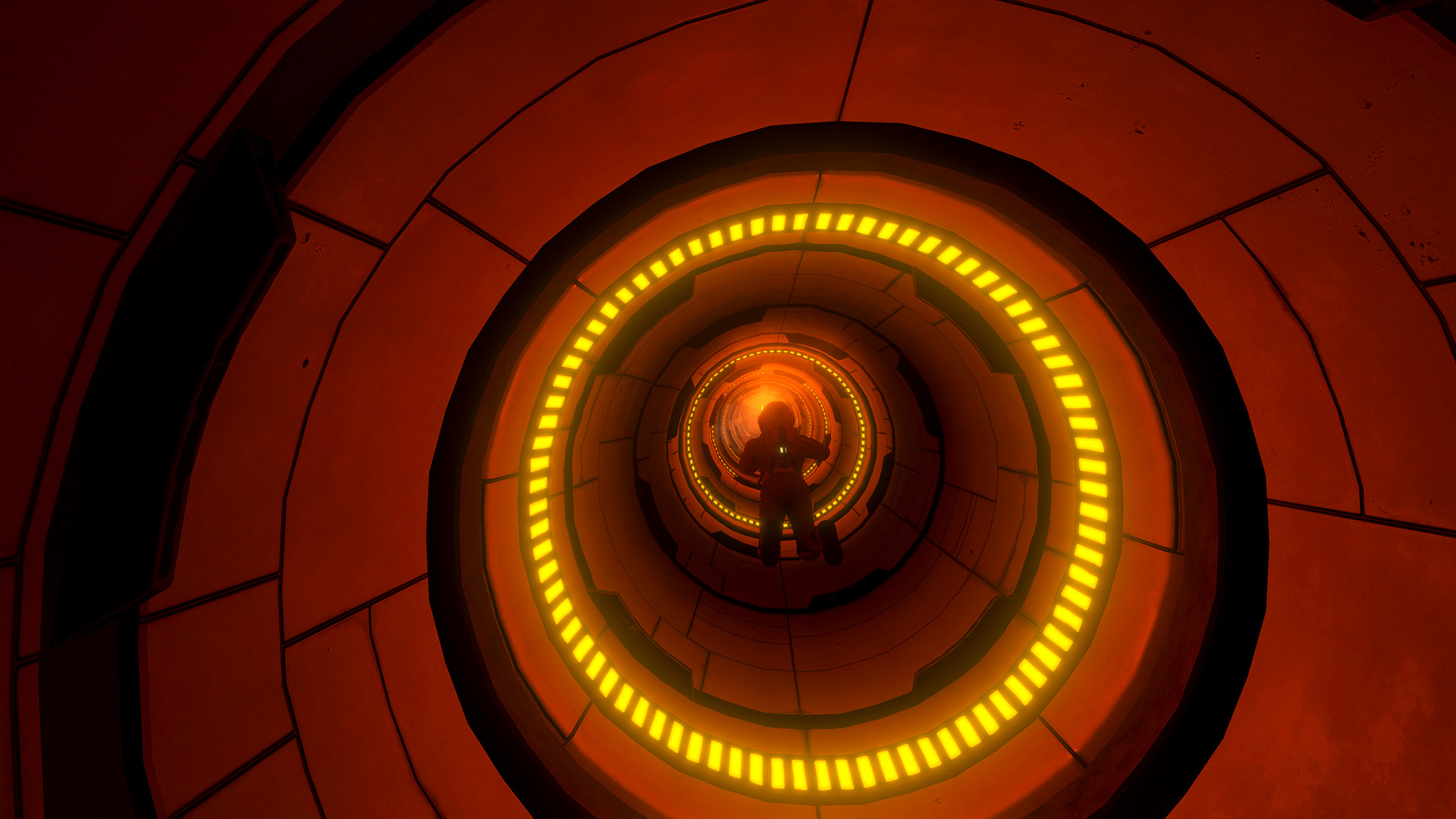 We all float down here.

Considering the game’s free-floating mechanics, you’d be forgiven if you expected Downward Spiral: Prologue to be a stomach-churning experience. Thankfully, that’s simply not the case. The game’s seated nature certainly helps, and the game makes good use of visual anchors to help keep players oriented. You can snap-turn using the face buttons on your motion controllers. This is the ideal method for dispatching enemies as they buzz around your periphery. However, if you’re using a three-sensor setup you’ll be able to beat back swarms of enemies from all directions without any issues. Using a two-sensor configuration I did occasionally have issues with my gun racking when aiming at 90-degree angles.

Still, this is a minor issue that rarely rears its head. For the most part this is an incredibly easy to manage experience that handles artificial locomotion in a way many other games can’t. Considering it also happens to be a zero-gravity affair, that’s pretty damn impressive.

While the visuals aren’t mind-blowing, the game performs well. Even on the highest settings, my GTX1070 was able to easily handle everything the game threw my way. Battling dozens of enemies at once while floating through debris-filled chambers always went off without a hitch.

Downward Spiral: Prologue is a short but sweet experience. However, it’s a bit hard to recommend given its $10 price tag. After all, you can see everything the game has to offer in less than half an hour. And the fact that the multiplayer lobbies are virtually barren certainly doesn’t help to give it any legs.

Still, despite its almost criminally short length, I’m really interested to see where future episodes take us. Developer 3rd Eye Studios hopes to deliver a space thriller inspired by cult 1970’s science fiction flicks. As far as I’m concerned, that’s good thing in my book. If the developer manages to deliver on promise then Downward Spiral could shape up to be a real treat. Unfortunately, they’re not quite there yet.

Full Disclosure: This review is based on a copy of Downward Spiral: Prologue given to Hey Poor Player by the Publisher.