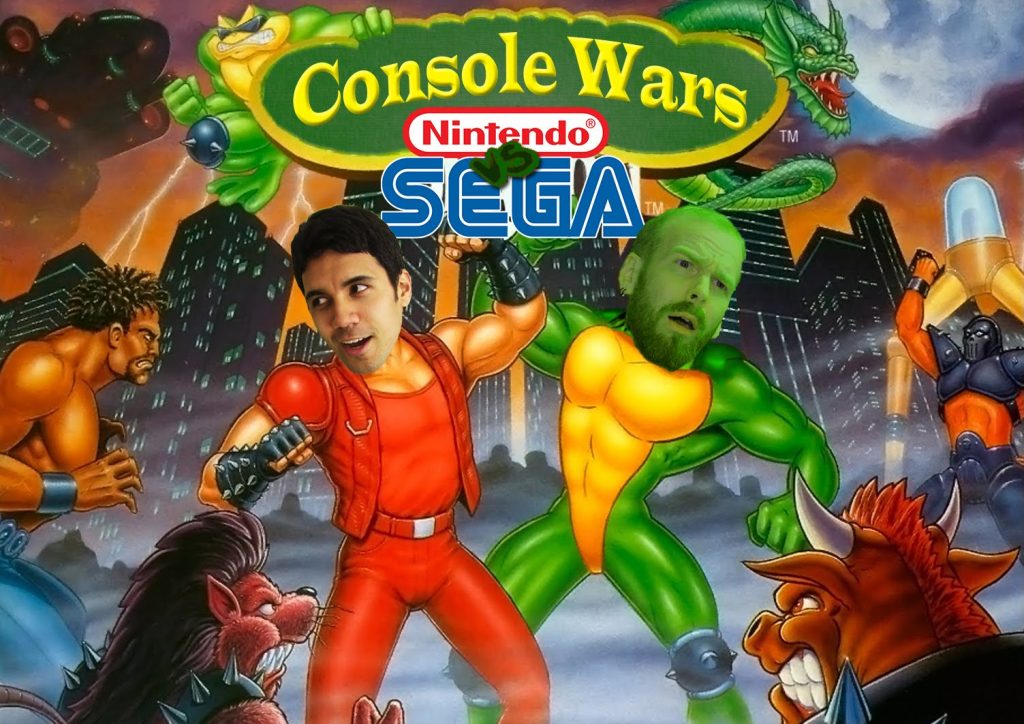 Fanboyism is a word that gets tossed around often nowadays. Comment sections are filled with “Xbox Sucks” and “PlayStation Blows” without any real context to back up the claim. Let’s not even talk about the comments I read about Nintendo! The same could be said for playgrounds back in the 80’s and 90’s when us older gamers tossed out words like “Blast Processing” and “Super FX chips” without any real knowledge about what those terms even stood for, but we would still fight to the death to protect the company we loved. Looking back, I, as a Genesis fanboy, can fondly remember a conversation that I had with a Super Nintendo fanboy about why the Genesis version of NHL 94 was far superior to the SNES version. I hadn’t even seen the SNES version in action at the time, but since my parents purchased me Sega’s console, I convinced myself that they really did their research and made sure the Genesis was the best. I later found out that the Super Nintendo was sold out at our local Kiddie City and that’s the reason why I ended up with a Genesis. That was a sad day indeed.

So here I am 25 years later still trying to convince myself that Sega had the superior console. While searching some retro gameplay videos to compare the difference between the SNES and Genesis version of Ghouls ‘N Ghosts, I came across two guys who were still fighting the good fight. Dan the Sega fan, vs Greg the Nintendo fan, are here to help settle 20-year-old arguments that never seemed to have a conclusion. On their YouTube channel, Console Wars, Dan & Greg pick a game that was released on both consoles and after dissecting several categories, choose the best overall version. I’ve been following the channel for over a year now and I’m still amazed at the wealth of knowledge that these guys end up teaching me. I was really excited when they agreed to an interview, and couldn’t wait to tell Greg how wrong he is about the Sega Genesis controller not being the superior of the two consoles.

HPP: Hi Dan & Greg. We here at Hey Poor Player have been following the channel and enjoy watching you guys duke it out for us. You two really seem to get along and feed off each other really well. Have you been friends since childhood? Can you start us off by telling us how you met?

Dan: We met in High School back in 1998, it was our Freshmen year. We had a bunch of classes together. Turned out we were both Nine Inch Nails fans so that got us talking, and as it turned out, we both liked video games. Legend of Zelda: Orcarina of Time had just been released so I was talking to him about it. He was a big Zelda fan but didn’t have the game yet. He wanted to borrow it, so I let him…..for $5 (laughs).

Greg: We weren’t friends yet, so Dan charged me 5 bucks for a weekend with Ocarina of Time, worth every penny. I found out he was starting a band and I played the drums. I asked to be in the band and Dan said no. He already had a “drummer” who didn’t own any drums and didn’t even know how to play! Eventually Dan came to his senses, mostly out of desperation and let me join the band, called Level 1.

HPP: Before Console Wars, did either of you have any experience with making YouTube videos? Any previous channels you’d like the readers to know about?

Dan: Not really. We mostly used YouTube to promote the band. The channel featured live shows and music videos mostly. I did also make some drinking game videos. They were videos explaining the rules of different drinking games. Greg was in a couple.

Greg: I tried to get into tech reviews on YouTube. I would review apps, and tech things. I also made videos on some arcades I built. As Dan mentioned, I was in a couple of his drinking game tutorial videos. I got really sick when we did dizzy bat!

HPP: How did Console Wars come into fruition?

Dan: One day I was looking up the music for Y’s III on Super Nintendo. I accidentally got the Sega Genesis soundtrack instead. I couldn’t believe how different they sounded, and I thought “someone show make a show about this.” I was a big AVGN and Nostalgia Critic fan (still am). Taking a cue from them, I decided to do a web series. I was originally going to do it by myself, but that changed the night I discussed it with Greg.

Greg: Dan made a big deal one day and said he needed to come over to talk about a YouTube show idea. I was like “k”. He comes over and asked if I would help out, I was supposed to help work the camera, write jokes, and play the games. I said sure, but I didn’t expect to be in the show.

Dan: As soon as I left Greg’s house I thought about making it a two man show. One person for Nintendo and one person for Sega. I thought it would be a more interesting dynamic. People could pick sides. When I got home I wrote Greg a long ass e-mail that asked him to be in the show and he agreed.

HPP: What consoles, if any, did you own besides a  Nintendo & Sega Genesis (this is even regarding later consoles like N64 or PSX)? Did either of you own an NES or Master System? 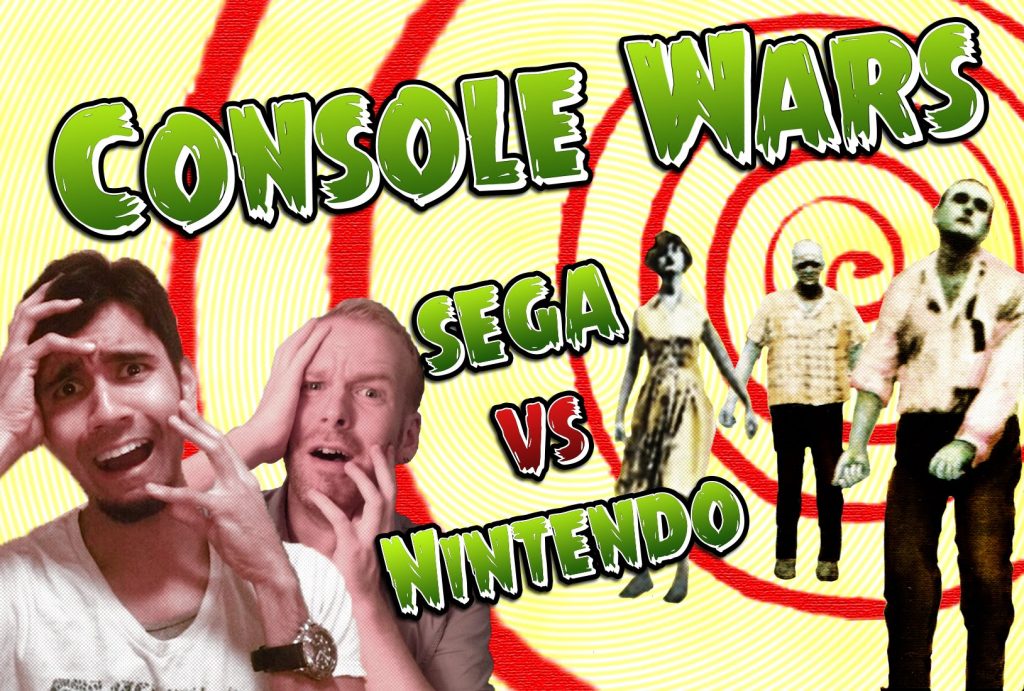 HPP: You breakdown each game into separate categories to determine a winner. Which game resulted in being the toughest choice? Any games that you two disagreed upon off camera?

Dan: The toughest choice was probably Battletoads/Double Dragon since we ended that one in a draw. They were just too equally enjoyable and had an equal amount of flaws.

Greg: Castlevania was pretty tough. I mean I was pretty impressed with Bloodlines and did not expect it to be so good, but I still think Castlevania IV is the better game. Dan still disagrees so we sometimes argue about that…

HPP: Which outcome has resulted in the most fan interaction? Any major disagreements in the comments section?

Dan: We always get disagreements. Recently we did Strider vs Run Saber. I never played either game growing up. After playing both back to back, Run Saber was the better game. People were mad about that. A lot of people hold that game in high regard.

Greg: People bring up when I complain about the Sega Genesis controller a lot, especially the D-pad. Growing up through the SNES-Genesis console wars, the controller was something we would bring up a lot, so we brought that into the show. Turns out Sega fans are pretty passionate about their controller! We learned a lot and we are more careful when talking about controllers.

HPP: Has any particular game surprised you when it came time to choosing a winner? For example, were you expecting to pick an SNES game as the better product but changed your minds while researching?

Dan: Yeah, X-Men, I definitely thought the Genesis game would win, but it was a bit boring so SNES got the win. Another was Castlevania. Castlevania IV is such a highly-praised game and I didn’t think Bloodlines stood a chance, but I enjoyed Bloodlines more. Another was Batman: The Animated Series. I grew up with the Genesis version. I didn’t expect the SNES game to be as good as it was, but I had to give it the win.

Greg: For me it was Earthworm Jim. Finding out that the Sega version was on the Wii Virtual Console was shocking! But it did have that extra level!

HPP: You now have 48 (at the time of this interview) Console Wars videos. Your subscriber count has doubled in the last year. Do you have any tips for up and coming YouTube channels? How does it feel knowing that you have a solid fanbase that is anxiously awaiting your next video?

Dan: Advice. Never give up. We didn’t get 50 subs until a year and a half into doing the series. If you love it, keep at it, someone out there will watch. And don’t let negative feedback bring you down. It pretty humbling to know people look forward to your content. It’s also a bit nerve-wracking. I have to make sure people who liked the last episode will like the new one. They usually do, but I still get nervous when I hit that “publish” button.

Greg: My advice would be to comment and socialize with other YouTubers. Try to be part of a community. It feels good knowing people out there enjoy the show.

Dan: Community is important. We have great fans and have met lots of great YouTubers. 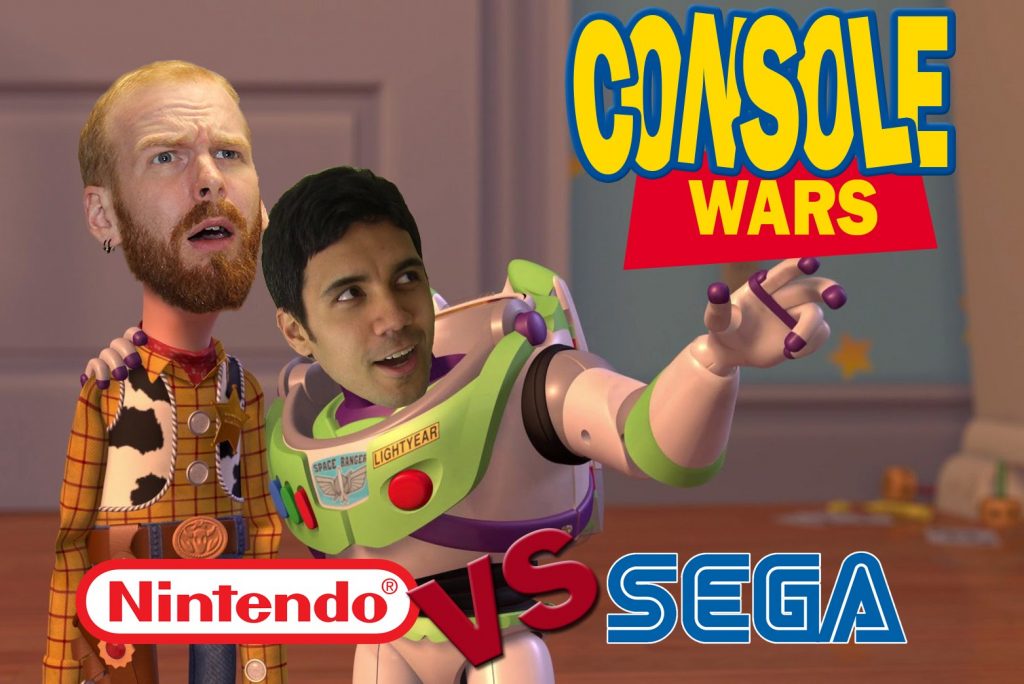 HPP: You’re coming up on your 50th Console Wars video. Any plans on celebrating? Want to give us a hint on what to expect?

Dan: Didn’t really plan that far ahead yet. We usually go episode by episode. But we did decide the game. Let’s just say it’ll be an “excellent party time”.

Greg: We will most likely celebrate. The first time we had 100 views we went out and partied, people probably thought we won the lottery!

HPP: Do you have any plans on creating a video featuring other Sega/Nintendo consoles? Maybe a Game Gear vs Gameboy Console Wars?

Dan: I definitely want to do NES vs SMS (Sega Master System). I think the differences in those consoles could be just as interesting as the 16-bit consoles.

Greg: I wrote a couple scripts for Gameboy vs Game Gear. It’s a challenge because obviously, the graphics are so different, and it would not be fair to bring in the Game Boy Advance since it had so many years to get to that point. Hopefully I’ll work something out soon.

Thanks for all your time guys. Good luck with the channel and we hope to see you at Too Many Games this upcoming summer!

Below is Dan and Greg’s latest Console Wars video where they compare Beauty and the Beast. Enjoy!