XSEED Games has officially confirmed that it will be bringing Fate/EXTELLA: The Umbral Star to the Nintendo Switch.

Originally released earlier this year on the PlayStation 4 and Vita, Fate/EXTELLA took the Fate series into unknown territory with its hack-and-slash, one-versus-many gameplay reminiscent of the Dynasty series. Players will be able to view the latest Holy Grail war through three unique perspectives throughout the game. Players can also expect to have a wide variety of Servants at their disposal, including some from previous Fate entries such as Fate/Extra, Fate/stay night, and Fate/Zero.

The Nintendo Switch version of Fate/EXTELLA will include a whopping 35 extra costumes, all of which was paid DLC in previous versions of the game, for free – plus an additional exclusive Shackled Bride Outfit. The new version will also include game text for English, Japanese, Chinese (Traditional), and Korean.

Fate/EXTELLA: The Umbral Star will be making its Switch debut on July 25 in North America, and on July 21st in Europe and Australia. To learn more about Fate/EXTELLA, feel free to check out our review of the PS4 version. Will you be participating in the latest Holy Grail War? Let us know in the comments below! 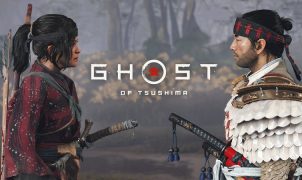 Blood and Poetry: The Story of Jin Sakai Just before the launch of the PlayStation 5, Sony released a true stand-out exclusive for the PS4 at the tail-end of…