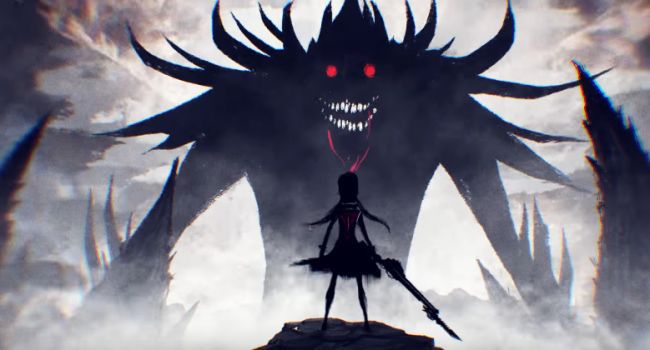 The animated trailer is brief, clocking in at just over half-a-minute long. However, what’s on display is pretty intriguing. Vampires and other supernatural creatures seem to be the stars of the show, and plenty of blood splashes across the screen throughout the duration of the trailer. In it we see a mysterious figure in a gas mask, a crumbling church, bloodied playing cards, and a mysterious woman clad in a Soviet-style Ushanka hat who slashes ghouls into ribbons with the bayonet of a rifle.

While we don’t know any specifics about the game, the trailer makes a few things clear. Whatever the title is, it’s gritty. It’s stylish. And most of all, it has our undivided attention. You can find the full teaser trailer from Bandai Namco below:

So, what kind of game do you suspect we’ll see when Bandai Namco pulls back the curtain on April 20? Maybe a stylish new offshoot in Souls series much like Bloodborne? Sound off in the comments section and let us know what you think.