There are most definitely the gynoids you are looking for. 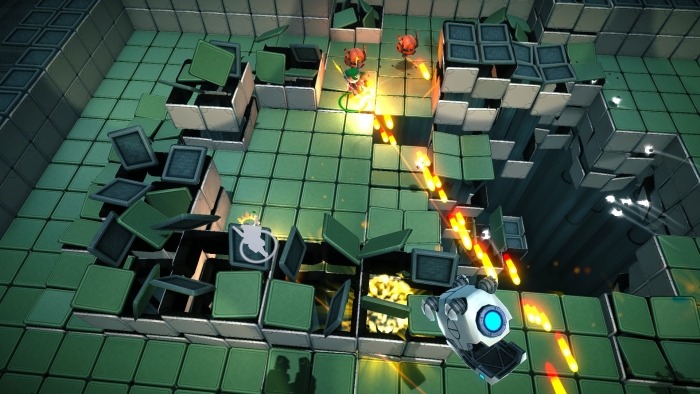 Little specks of light fill your screen like a swarm of luminescent insects. Moving rapidly, you attempt to find gaps in the wave of bullets hurtling towards you, but your efforts are largely futile; it’s nigh-impossible to maneuver your way through this barrage of weapons fire without taking plenty of damage. As you mash buttons frantically, you manage to get your character to fire off a stream of death in response and, with but a few health points left, you barely survive and wait with fatalistic certainty for the next wave that will bring your excursion to an untimely end.

Anyone who has played and enjoyed bullet-hell shooters will know exactly what I’m describing. It’s frantic, nerve-wrecking, full of cheap deaths and we absolutely can’t get enough of it. With this in mind, it’s no wonder Assault Android Cactus would perk our interests, as its one of the finest examples of a bullet hell in recent years.

The game sees players take on the avatar of one out of a selection of eight gynoids with faces that are so intriguingly human-like that you’ll wonder if they weren’t built by Dr. Light. From there you’re thrust into an overhead arena and within seconds the action starts and bullets start flying hither and yon. Wave after wave of mechanical atrocities appear, but they turn out to be the least of your concerns… 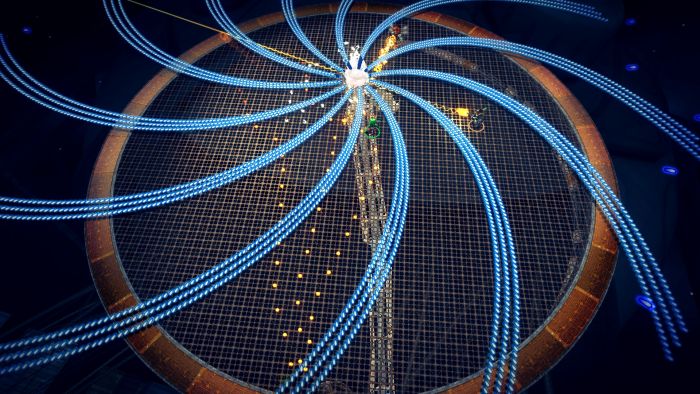 Our female protagonists are tough as nails, but their achilles heel turns out to be their battery units. That’s right: as you play, your energy levels slowly drain, and having your battery flatten completely is the only way you can actually die. Of course, getting knocked out by enemy attacks costs you a considerable amount of energy and can seriously cramp your style. You’re gonna need nimble fingers, lightning reflexes and perhaps some blood in your caffeine stream in order to handle it.

Battery bonuses appear in the arenas during your firefights, but be warned: actually getting to them can be a task unto itself, particularly when you have to muscle your way past a wall of enemies. In fact, most of the times I died was because I wasn’t able to reach the battery packs in time due to enemies cutting me off. It can be slightly annoying, but it’s not a game-breaker.

If that’s not enough, the arenas themselves behave almost organically, sporadically changing their layout and configuration at whim with nary a moment’s notice. These changes constantly keep you on your toes because your space for ducking and dodging can suddenly shrink and you’re gonna have to make split-second decisions. 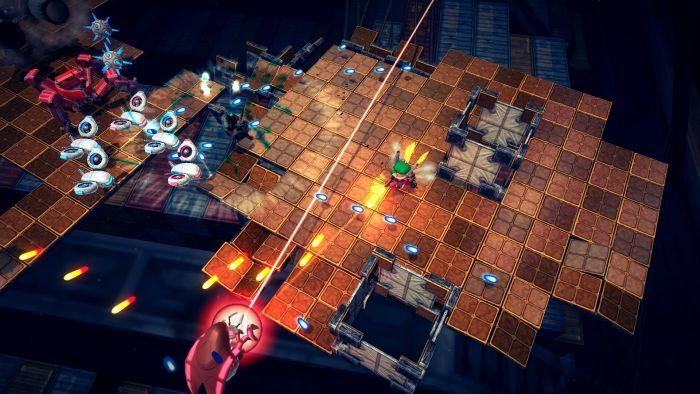 Luckily, our heroines are armed with some of the most satisfying weapons this side of a UAC base. You have the standards such as machine guns and shotguns, but each character also has a secondary weapon which is often powerful but requires a slight recharge in order to use consecutively. These are perfect for quickly dispatching an overwhelming wave and racking up combo points.

And guess what? You can get three more of your mates in on the action at the same time. Things get hectic and chaotic when a player tackles things on their own, but when you have more people involved, it becomes a sensory overload. It’s great fun and it looks set to be the ultimate way to settle scores with your buddies.

Any bullet-hell worth its salt will layer on the neon lights and techno themes, and Assault Android Cactus certainly delivers in this regard. The game is extremely bright and vibrant and positively oozing with style and charm. The cute anime look of the main characters is a fantastic touch, too. The music, as one would expect, follows suit with pounding electro beats and lots of synth.

Assault Android Cactus is a fantastic little shooter than manages to be both cute and extremely challenging. The action in each stage remains frantic and twitchy and doesn’t let up until each and every last enemy is reduced to a pile of wayward pixels. Despite the high difficulty, you’ll find yourself returning to it time and again because of its style, charm, and excellently tuned gameplay. Solid level design and shooter mechanics come together to form an addictive experience, with more than enough style to match its substance. We highly recommend that you shoot on over here to snag your own copy for Steam, pronto. The game is also available on macOS and Linux, and you can even snag it on the Humble Store if you prefer.

Full disclosure: this review is based on a copy of Assault Android Cactus purchased by the reviewer.