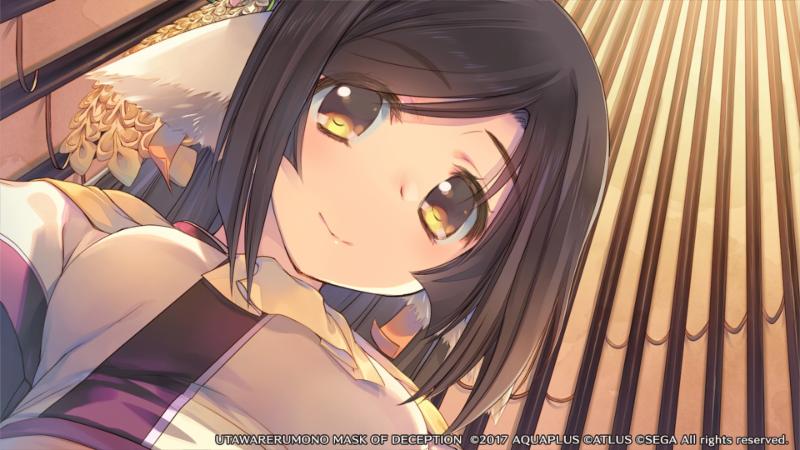 Another week, another character trailer for ATLUS and AquaPlus’ upcoming visual novel/SRPG Utawarerumono: Mask of Deception. While last week’s character trailer showcased Kuon, the friendly beast-girl who helps Haku on his journey, the latest trailer for the game introduces the smooth talking mercenary, Ukon.

Here’s a rundown of Ukon’s character courtesy of ATLUS:

“The stereotypical mercenary is an unrefined hired hand who has no qualms about shedding blood if the price is right. However, the smooth talking Ukon is an exception. Yes, he’s a mercenary, but he cares about the common people and is well respected by those under his command. Haku and Kuon encounter him fairly on early in the game, and Ukon convinces them to help on a simple escort job. Sounds simple, right? Well, it turns out this “simple escort” job is more of a “fend off dangerous bandits” sort of job. Regardless of this slight miscommunication, Ukon takes a liking to the strange duo and will act as a mentor figure to them. Of course, there’s much more to Ukon that will be revealed as events unfold…”

Check out Ukon’s character trailer below:

Utawarerumono: Mask of Deception is slated to release on the PS4 and Vita in both physical and digital formats on May 23, 2017.

Stay tuned for more details on this exciting adventure as the game’s release draws near.

So, will you be adding the game to your collection when it launches this summer? If so, will you be picking it up for the PS4 or Vita? Be sure to let us know in the comments section.

Ghost on the Shore Review: An Emotional Journey that Transcends Death   Over the last few years, I’ve noticed an interesting trend in gaming, one that I think has…