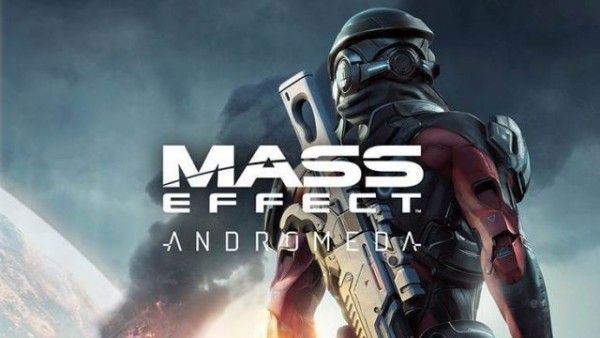 Well, at this point I feel that I’m not eating crow for dinner after my last feature begging fans to give Mass Effect: Andromeda a chance. I am, however, enjoying it as hefty side dish. At twenty five hours in and thirty one percent completion upon writing this, Mass Effect’s latest addition to the series is managing to keep me captivated. However this is more in spite of the game, and less because of it.

It’s not so much that the game is bad. If I’m going to be honest, it plays just about how I expected it to, at least by way of exploration and narrative. Going from place to place, assisting the citizens of the galaxy, solving problems, and the like. This really, more or less, sums up what you do in any BioWare title. Where the game falls apart is…well, let’s be honest there are three major places the game falls apart for me (those being interface, gameplay, and character narrative.) I suspect that you, if you’re playing Andromeda, may come to agree.

Before I begin let me say I am not going to mention the facial animations here. This is the one dead horse that the internet has beaten into glue, and I am not going to insult your intelligence by even bothering to bring it up here. Yeah, they exist. Yes, they’re weird and inappropriate at times. They are far from the worst part of this game, though.

For those unfamiliar with the series, Mass Effect: Andromeda is the fourth installment of the Mass Effect series. Gone are the adventures that occurred within the Milky Way galaxy (our own galactic home). The reapers are a threat no more, and our hero Commander Shepard is (presumably) a highly respected historical figure now passed into legend back home on Earth. You now play Ryder, (Sara or Scott upon preference) the human Pathfinder of the new Andromeda Initiative. Having taken six hundred years to cover the distance between the Milky Way and Andromeda, the previous series’ installments are literally now near ancient history. Pivotal events such as the genophage cure or the reaper invasion are unknowns to our new cast, because the events of Mass Effect: Andromeda began around the time of Mass Effect 2. This may disappoint some fans, as the new locale more or less renders whatever choices from the previous series moot. You the player are essentially starting over, and maybe that’s what the series needs. Commander Shepard leaves big shoes to fill, after all. Whether Mass Effect: Andromeda fills those shoes is ultimately up to the individual. But here we’re going to discuss some pros and cons about what the team behind the Andromeda Initiative got right, what it got wrong, and whether the culmination of the two attributes renders the game worthy of purchase.

Let’s start by griping about the interface, and by way of that, various button mapping discrepancies I had during gameplay. I finally, finally feel like I have a grasp on the interface concerning most aspects of Mass Effect: Andromeda. That being said, I also already stated that I’ve logged twenty five hours of gameplay. It should go without saying that it takes poor interface design to leave that long of a learning curve. Having to manage multiple folders and subfolders only to struggle to mark any mission as my main goal is unacceptable. I don’t know what inspired the transition from the Mass Effect 2 and 3 designs. Maybe it’s because there’s more to do in Andromeda, and this was the best they could work with? Regardless, there had to be a better way than this. The issue is only compounded by the fact that tutorial and mission update pop-ups are displayed for far too short of a time for a person to read them, and if you’re a poor schmuck like myself and can’t afford a larger than 32” television, the text size is virtually unreadable.

On that note, button inputs and mapping systems are the absolute pits in this game; far worse than even the UI. The Nomad was my first real experience with this. Pressing (and holding) triangle to enter the vehicle, but having to hold and press the circle button to exit, makes absolutely no sense. Likewise, if you press and hold triangle while in the Nomad you’re jettisoned straight to the Tempest (your ship) and flying off world faster than you can say “what the hell just happened?”

Gameplay has the most notable of issues, AI pathing being at the forefront. Combat in close quarters shows that when shooting down one enemy, another will not only take its place in terms of sheer numbers but also in the exact same spot as its fallen predecessor. This didn’t happen just once or twice, either. The Kett Facility area was positively flawed in this regard, as well as a few other incidences. While outdoors combat isn’t as bad, it’s still noticeable all the same. This naturally took away from the natural flow of a combat experience. When enemy AI is this predictable (and since I’m playing as a sniper), firefight became more of a sit-and-wait play style.

In terms of just flat-out bugs, I’ve had near-detrimental issues in which reviving my teammates became unattainable, as well as being stuck between two doors that wouldn’t open during a loyalty mission. Duplicate pawns spawning at random when their corresponding AI was killed has also occurred, though not nearly as discouraging as the aforementioned bugs, which literally were only fixed after death or loading previous saves.

At a glance, these are some pretty glaring issues. However, bugs have apparently not been as commonplace for others as they have been in my own experience, and with some attentiveness you can adjust to the interface and the button mapping just fine. The repetitive nature of combat may be the biggest hurdle for those of us who were looking forward to some more futuristic firefights. Your satisfaction will be found more in small skirmishes more than full out battles, but remember to take everything in stride. The game, after all, isn’t all bad.

For a while I struggled with just what I might list as a pro for Mass Effect: Andromeda. With the game’s failings being so prevalent, it’s hard to look past them and see what BioWare did right at times. Those things are there, don’t get me wrong, but they’re harder to put a finger on. The first and most important thing that I can say is that for all the flaws and trials, Andromeda still feels like a Mass Effect game. The story and heart of a BioWare creations are all still there, you just have to dig a little deeper to find it.

Your crew, for one, is hard to adjust to at first. When missing old friends such as Garrus and Wrex, I’m not too keen to lend those places in my heart to new faces. Over time, and as you talk and flesh them out more, they begin to take shape into their own lovable personas. Vetra’s dedication to friends and family is heartwarming, and reminded me of another certain turian back home in the Milky Way sometimes. Drack is as hard headed as any krogan, but good for having your back in a hard place. Cora is a tough addition to the team, but over time begins to show levels of vulnerability that are refreshing, leaving her comparable to and perhaps even better than similar characters from the previous series.

New alien races also add flare to the planets of Andromeda. The Angara are hard to peg at first. Being faced with an oppressive force from one side and the threat of alien colonizers on another, it’s easy to empathize with a people who are quite literally fraying at both ends. Earning their trust is paramount, and there’s no shortage of missions that get you closer to that goal as you move along the path toward colonizing your new home. Great characters begin to arise within the ranks of these allies as well, including, but not limited to your latest compatriot: Jaal.

And yes, everybody, the Nomad is much simpler to handle than the Mako unit. My only complaint there is that it doesn’t heal you when you get back into the vehicle.

While Mass Effect: Andromeda won’t likely be replacing any of the previous entries as most fans favorites anytime soon, any new additions to a future series offers promise. Ryder is likeable in his or her own right. Without having the commanding presence of Shepard to back them up though, it can feel like you’re a bit of an underdog throughout a majority of the game as you fight to earn the respect of your crew, the Nexus, and alien races both old and new.

Like I stated before though, don’t write Mass Effect: Andromeda off just yet. The game still holds promise, and true fans of the series will be able to see that, even as some of the more mechanical sides of things break down. My score for this game is given with some arguable favoritism as I refuse to give up on BioWare just yet. This game is not my favorite in the series, but it’s worth acknowledging as a step toward something new for all of us accompanying this series to new and exciting destinations.

At finishing this review, I’ve put in well over thirty hours now, and I’m still nowhere near finished. A hefty RPG in its own right, Andromeda is worth giving a chance to even if you prefer to wait for a price drop. I plan on wrapping as much in the game as possible before the credits role to get my full experience in. A revisit to the other games is on the docket too. After all, I still haven’t played the Citadel DLC for Mass Effect 3 yet, and Garrus Vakarian still owes me a dance!

Full disclosure: This review is based on a retail copy of Mass Effect: Andromeda for the PlayStation 4. 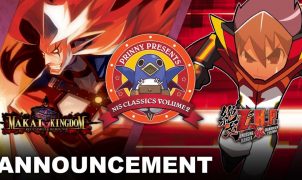 Fast cars, danger, fire, and…glitches?   It’s hard to believe it, but it’s been over a decade since Volition released Saints Row, a fun, if somewhat unremarkable for the…