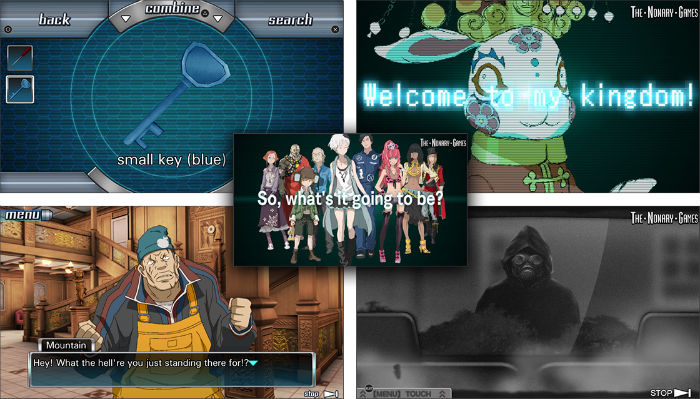 Nine Hours, Nine Persons, Nine Doors(999) and its sequel Virtue’s Last Reward(VLR) have been released as one package known as Zero Escape: The Nonary Games.

The premise of 999 is much darker and grim than most expect from a handheld title: “kidnapped and taken to an unfamiliar location, nine people find themselves forced to participate in a diabolical Nonary Game by an enigmatic mastermind called Zero. Why are they there? Why are they chosen to put their lives on the line as part of a dangerous life and death game? Who can be trusted? Tensions rise as the situation becomes dire, and the nine strangers must figure out how to escape before they wind up dead.”

The games have each been remastered and feature both English and Japanese audio. The graphics depict with even more clarity the gruesome reality that your character must face as they attempt to traverse through a series of traps and puzzles that would not be out of place in Saw.

999 was originally released on the DS in 2009 and received praise for its suspenseful story and engaging puzzles. A major improvement that has had fans excited is the implementation of a flow chart that shows what choices you have made and where they branch off to. This allows players to go for specific endings or avoiding those they have already played. 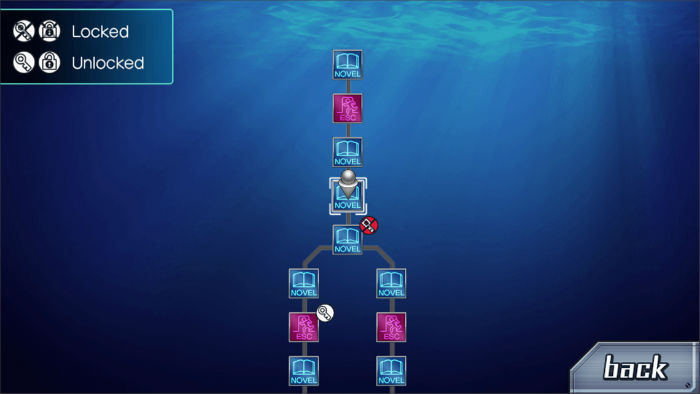 This and other new features included in Zero Escape: The Nonary Games are showcased in a video released by Aksys Games on their YouTube channel.

Feeling a bit Randy? Randall’s opening scenes are reminiscent of the classic Flashback, with a protagonist waking up with no memory of his former life. He’s in a totalitarian…