Oni In, Fortune Out! 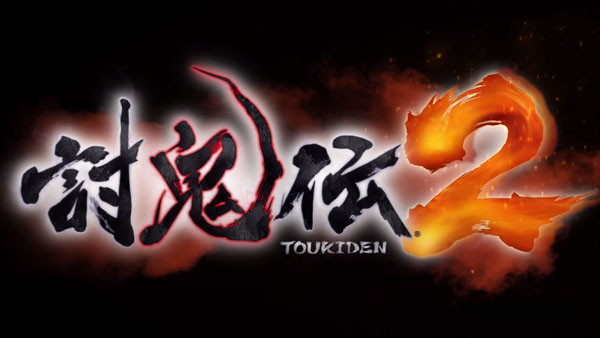 I don’t say this often, but Toukiden 2 was a nice surprise. The game comes from the same(ish) team that gives us the Dynasty Warriors games. However, my last review of their latest release in that series didn’t fill me with a lot of confidence on any future titles that might be on the way thereafter. Berserk and the Band of the Hawk fared a little better with HeyPoorPlayer contributor Anthony Spivey, but I still had my reservations when accepting Toukiden 2 for review. With that being said, if you weren’t certain from my first sentence let me just state this: I’m so glad I did.

This game is mostly Monster Hunter, with some elements of Dragon Age: Inquisition and some FFXIV aesthetics which made this gaming gal feel right at home.

You play as unnamed, self created character who is an elite Slayer (I really missed an opportunity to name my character Buffy here), a person whose soul purpose in life is to destroy the Oni that threaten humanity all over the world. You begin the game at the beginning of the event known as The Awakening. This is the first instance in this game’s lore when the Oni burst through the gates of hell and made themselves known to all, razing villages and murdering mankind in countless droves.  If that sounds a little reminiscent of Attack on Titan, you’re not wrong. The game has that vibe as well, but it’s not nearly as bad as the video game equivalent.

Upon the arrival of a three headed dragon Oni, your character is sucked into the Oni gate through which the beast came into this world. You, meanwhile, travel through time and end up ten years in the future. The world in this new time is more or less destroyed now, with the tiny village of Mahorobo being one of the last human strongholds in a world surrounded by deadly demons and their poisonous miasma clouds. It is up to you, displaced through time, and your newfound friends to keep this world safe from the enemies of mankind and those that have allied with them. You have a long journey ahead of you Slayer. 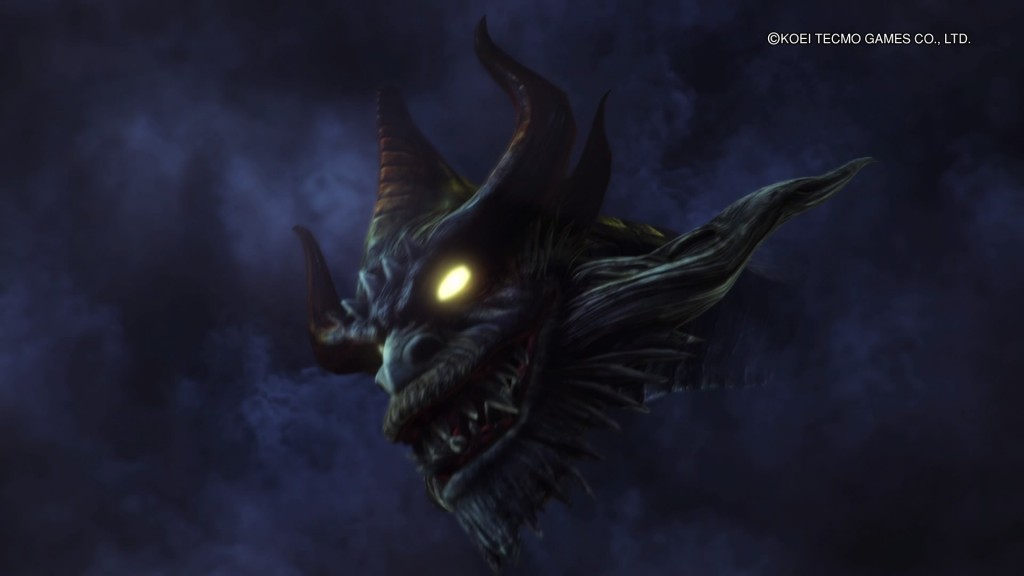 But enough about that, let’s get to what you really want to hear about: gameplay.

Hack and slash is the name of the game here. No matter what you face as you progress through the Oni ridden lands of Toukiden 2, you’ll be beating almost anything that moves to a bloody pulp. This can get old at times, but thankfully your teammates can make quick work of the more commonplace encounters, leaving you to only need to worry about the large Oni while still getting the bonuses of the smaller kills.

The player is equipped with three main attacks, and then three specialty attacks that vary depending on the main Mitama that they have equipped. For those that don’t know, whenever you kill a major Oni, a Mitama is unlocked. Mitama are the spirits of heroes and (sometimes) historical Japanese figures, captured by the demons that invade this world. By killing Oni, they merge with their savior to add to their power. Your character in Toukiden 2 has the ability to carry multiple Mitama instead of just the one, giving you a wider range of abilities that you can mix and match the more Mitama you unleash. Certain combinations even give you additional bonuses if they come from the same era of history or had a connection in their own lives and eras.

The amount of Mitama you’ll unlock in the game can be a bit overwhelming. Although, to be honest I have yet had the need to switch from my initial three save once; I traded out one for Lady Shizuka. Her, along with Minamoto no Yoshitsune (any Genji fans?) gave me an additional boost to my health bar on top of the abilities they already provided, which was pretty cool!

As you progress through the game you’ll meet new characters, unlock new armor and areas to explore, as well as encounter new types of Oni. No matter how big or small, the end goal is always the same: murder their faces off. Big and medium sized Oni will take on a slightly different fighting method though. When using the Eye of Truth the player will notice the limbs of Oni will shine a bright white. These are what you must hit so as to ensure a swift victory. Extremities, once quite literally having been beaten off of the offending monster, then must be purified so they are not reattached so as to prolong your fight. Doing this weakens the Oni to make (hopefully) quick work of them. 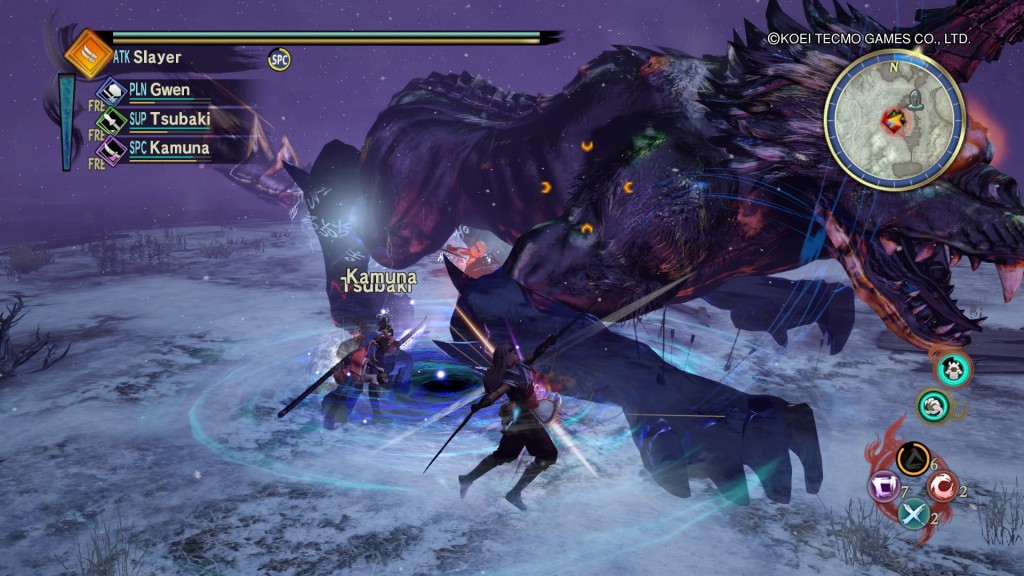 These animal control jobs are getting out of hand.

This might sound a little boring, and to be fair you’re right. Over time you will get a sense of repetition as you continue to play. However, fighting the monster is only half the fun. The designs behind the different Oni are varied and enticing, and the attacks are almost as varied. Meaning you must keep on your toes at all times so as not to be wiped out too early in the battle.

My most loved and hated part of battle is the newly introduced Demon Hand, which is more or less Koei Tecmo’s version of the Lantern Core ring. Through the power of the mind, a Slayer who possesses a Demon Hand gets a leg up in any battle. This allows players to grip onto Oni within a certain distance and propel themselves towards it, initiating combat. It can also be used as a special attack once its power meter is charged up, resulting in devastating blows against any creature it goes against. (Oddly enough, the Demon Hand can also be used to take down various environmental blocks or climb cliff ledges, but only in designated circumstances. This is not a constant feature of the mechanic.) However, always getting this to work to your favor is something of a challenge. More often than not, having been slingshot toward an Oni, you’re immediately catapulted upright into the air and sometimes land just as far away from the monster as you started. At other times, I couldn’t get the thing to work at all, and if your entire team uses it on the same body part of an Oni at the same time, the whole process fails. More often than not I just ran across the battlefield to whatever it was I wanted to kill. It was less frustrating.

I’m ashamed to admit that the category I least expected this game to deliver was story. Coming into a series on the third installment, I anticipated being lost past the point of forming any lasting bonds with characters as I chopped my way through giant beast after giant beast. Instead I was pleasantly surprised in how invested I became with all of my allies as the chapters progressed. Each character is a solid person in their own right (or possessed machinery in some cases) and has their own story, from the lovely and benevolent Benizuki to the egotistical but dedicated Professor. I actually got a little watery-eyed toward the end of Chapter Two for reasons I will not divulge here so as to avoid spoilers. 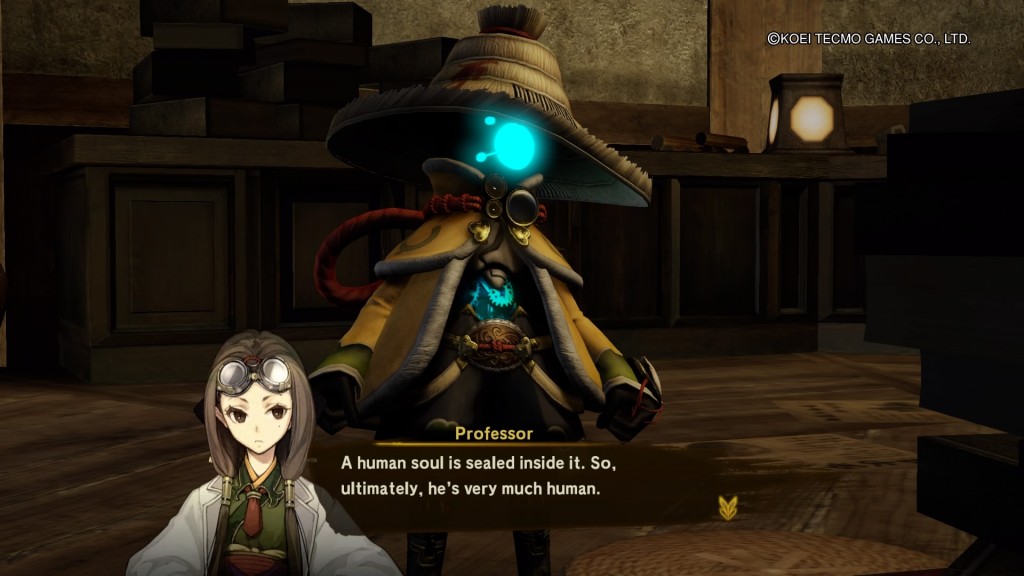 The lore in this game is rich and clever, going deeper with every new plot development.

I’ve already sunk plenty of hours into, Toukiden 2, and I don’t see myself stopping any time soon. The RPG elements are just enough to give the game some depth, but not so much that you have to prioritize your equipment bonuses over killing Oni and freeing up regions. Combat is easy enough to pick up, and interchanging the various Mitama you obtain along the way can add different flavors to combat, meaning you can tweak your fighting style in a manner that fits your preference. The maps are huge, which is something of an issue as the miasma exposure can kill you, but the application of Barrier Stones in the different regions assists in this issue. Granted, I might argue that Barrier Stones remove the majority of the risk/reward of exploration.

All in all, Toukiden 2 has thus far proven to be an excellent game. Even if you’re new to the series, as I am, you can pick this title up with virtually no barrier to entry and enjoy it fully. There’s enough gameplay to keep you busy for hours on end.

Full disclosure: This review is based on a PlayStation 4 review copy of Toukiden 2 given to HeyPoorPlayer by the publisher. 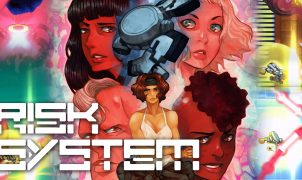 Risk System Review: Blast Off in This High Octane Shmup   There’s just something about shmups that always draws me in. Maybe it’s the pared-down focus on combat, or…