Psychonauts in the Rhombus of Ruin shows flashes of promise, but a plodding pace and dull puzzles make for a brain tease 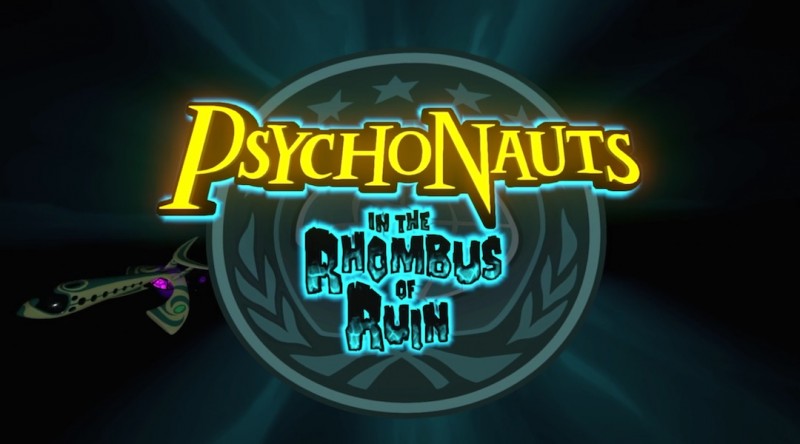 Psychonauts didn’t exactly set the world on fire when it released back in 2005. But over the past twelve years, legendary developer Tim Schafer’s studio Double Fine’s debut title has become something of a cult classic. And now that a crowdfunded sequel is in development and slated to release next year, fans are more excited than ever to once again take in Schafer’s weird world through the oversize goggles of psychic wunderkind Raz in another mind-melding adventure.

Enter Psychonauts in the Rhombus of Ruin. This PlayStation VR exclusive romp into the surreal series’ bizarre, Burtonesque world abandons the platformer trappings of its predecessor in favor of a first-person point-and-click adventure game. While the new perspective may be a perfect fit for the shift to VR, the end result fails to capture the imagination and excitement we were hoping for, ultimately delivering a by-the-numbers experience that never quite lives up to its lofty name.

Psychonauts in the Rhombus of Ruin’s story begins immediately after the events of the original game, with the Psychonauts team searching for the leader of the group, Truman Zanotto, who’s been kidnapped by strange beings and whisked away to the Rhombus of Ruin, a secret facility deep beneath the ocean. Players once again assume the role of the diminutive protagonist Raz, who must use his arsenal of psychic powers to save his hapless leader and escape the Rhombus – Hopefully while keeping all of his squishy gray matter intact.

As you  can probably guess, Rhombus of Ruin’s gameplay is a major departure from that of its predecessor. Rather than running freely through a variety of bizarre mindscapes, players navigate the environment by jumping into the minds of other characters. This technique works well, and feels right at home with other VR titles that use “teleporting” locomotion to keep players from losing their lunch while exploring the world,  while still keeping true to its  material, which saw Raz using his special skills to dive into the consciousness of a wide cast of colorful characters. 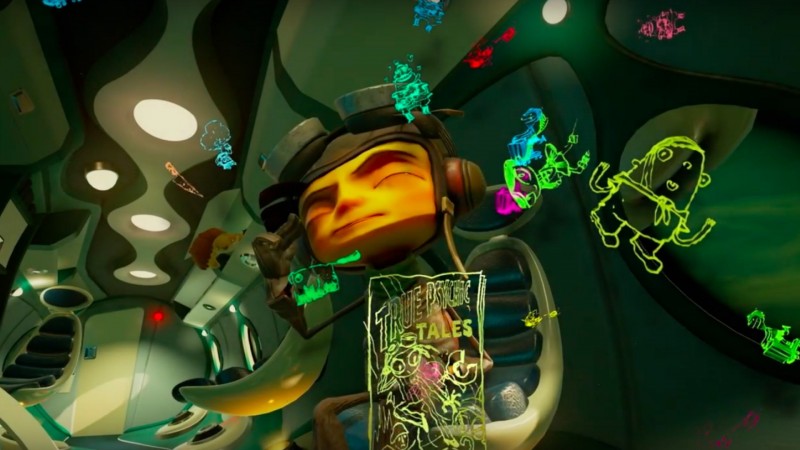 The main problem with Rhombus of Ruin is that you’ll be spending about as much time simply playing mental hopscotch with various undersea life and strange bumbling lackeys as you will solving puzzles. And when these rare puzzles do appear, you can usually solve them through brute force by simply guessing which of Raz’s abilities will blast or incinerate whatever obstruction that’s in your way. Occasionally you’ll have to use your powers of telekinesis to manipulate in the environment and progress to your next objective. Sounds simple enough, right? The issue is that this feels clumsy as you have to flick your head in whichever direction while highlighting your target to interact with it. Support for the PlayStation Move motion controllers would have gone a long way towards making the action feel more immersive. This mix of head tracking and DualShock 4 feels inelegant and reduces what could have been a much more hands-on experience that really takes advantage of the medium into a game that fails to capitalize on the benefits of Sony’s headset.

That’s not to say Rhombus of Ruin is without its standout moments. One of my favorite scenes finds Raz battling a giant version of a familiar foe while aboard a toy ship in a massive bathtub. Watching this towering baddie surface from the bubbly sea like a raging kraken as you frantically launch his projectiles back at him is a thrilling moment, and it’s also a great showcase of the added sense of scale that the PSVR provides. Another standout moment forces players to disrupt a spirited stage performance by the colorful Coach Morceau “Morry” Oleander. Wreaking havoc to bring his show to an abrupt end is hugely entertaining, and Oleander’s reactions to the chaos unfolding around him are nothing short of hilarious.

While these moments are great, it’s a real shame that they’re just so few and far between. Far too much time is spent simply waiting for opportunities to progress to the next plot point. By the fifteenth time you’ve had to patiently wait for a jellyfish to swim to its designated spot so you can hijack its vision to find a more convenient vantage point you’ll probably be tired of the whole gimmick. Another problem the game suffers from is that far too many obstacles can simply be removed by hastily burning or blasting them out of the way. More compelling puzzles to tie things together would have gone a long way towards making Rhombus of Ruin feel like a more engaging experience over the course of the two hours it takes to complete the main story.

One area where Psychonauts in the Rhombus of Ruin certainly shines is in its production values. Double Fine has done a fantastic job of creating a vibrant and surreal world to explore that’s populated by a comical cast of characters who look and behave like they’d be right at home in a Pixar production. The various animations are wonderful and full of life, and everything runs smooth as silk. Without a doubt, this is one of the most visually appealing games to make its way to the PlayStation VR yet. The music and voice acting are similarly impressive. Rhombus of Ruin opens up with a delightfully Bond-inspired song, and the game keeps the deliciously cheesy secret agent theme going the whole time to great effect. Additionally, the voice cast has done a wonderful job of breathing life into the lineup of characters. It’s just a shame they get so little screen time when compared to the strange, silent cast of baddies and sea life that you’ll be spending most of your time with.

Psychonauts in the Rhombus of Ruin is by no means a bad game. However, the long bouts of downtime and lack of compelling puzzles can make for a dull and sometimes disappointing ride. Given the fact the game can be completed in just a couple of hours, these long stretches of tedium definitely hurt the experience. Given some more thoughtful conundrums to solve and a more fleshed-out narrative, Psychonauts in the Rhombus of Ruin could have been one of the PSVR’s killer apps. Sadly, that’s not the case. But series die-hards may still find what’s here to be a worthwhile way to kill a few hours.

This review is based on a PlayStation 4 review copy of Psychonauts in the Rhombus of Ruin given to HeyPoorPlayer by the publisher.