Life And Love As A QA Tester

What does “High Score” mean? Is that bad? You see the ads all of the time. “Click here to learn how to become a videogame tester” and “Dream Job! Test games for a living!” Well, while the idea of playing video games for a living is certainly appealing, I’m here to tell you that there’s a difference between playing games professionally, and quality assurance testing for video games – and believe it or not – not everyone is cut out for it.

I’ve spent two and a half years in QA at my respective place of business, and with the market being what it currently is I’ll likely reach three years before I know it. Granted, that’s not a bad thing. The work is often challenging, but sometimes it’s mind bendingly boring. Playing the same thing over and over again may not sound like it’s all that taxing, and for some it may not be. Some professional gamers play their title of choice for well over ten hours a day to improve their skills and never blink an eye (literally), but at the end of the day most of us couldn’t contend with that line of work. The normal working man needs variety and a break from monotony. QA testing will not give you that.

The main thing I bring up all the time when people ask about my job is this: I am not playing games to have fun.

This is the great disconnect with QA, and something I stress whenever we have a department shadow or if I’m just answering general questions about my occupation. Your job as a QA tester is, as weird as it may sound to an outsider, not to have fun. Sure, the first couple playthroughs you may spend getting a feel for the game, the mechanics, the visuals, but even then if you aren’t looking for misplaced art assets, bad lighting, clipping (when one solid object goes through another solid object, like a human arm and a wall), or anything that might even be slightly out of place, you’re not doing your job. To be in QA means you have to have an eye for detail, you have to have an above average memory, and you have to be a good communicator.

You also really need to have a general knowledge of how games work, as well as computer hardware. No, this doesn’t mean that you have to have a degree in computer science or video game design, but if you do have these things your likelihood of moving up the chain in your company of choice does increase, so don’t write those ideas off if you are able to land a QA job. If I may vent for a moment, I must admit that it bothers me when QA is labeled as unskilled labor, which is something you will unfortunately encounter a lot if you enter the field with or without a degree. It’s not generally a highly regarded position within the industry, but it is, without a doubt, one of the most important.

Without QA, and more importantly, without good QA, various aspects of a game will go untested. Because there’s no checklist of what anyone can expect when a title goes to the field, you need to have a certain level of creativity in anticipating what might happen to a game when the standard consumer sits down to play. Essentially, what I’m saying is: there’s no WRONG way to test a video game, unless you’re not testing anything at all (i.e. playing for fun). Granted, no matter how good you are, you can’t catch everything. Whether it comes to manpower or just circumstances, some things will always slip by during quality assurance. The important thing is to understand this and learn from missed bugs, and make sure that whatever the cause was it’s something to test for in the future as it will likely replicate, especially if future games you test are developed with the same engine (or the same team of people).

When a bug is found, it is your responsibility to report it, and this is where communication comes in. Whether you are entering a bug in a shared system the entire development team has access to, or if you have to track down the affiliated department lead and inform them of the issue, you’re going to somehow have to explain to someone what happened and, if possible, what caused it. Sometimes, it’s as easy as just walking through the steps to trigger the bug again or snapping a screenshot. Other times, and this is more often the case than not, it’s telling the appropriate party what happened while attempting to replicate the bug. If the Powers that Be smile down upon you, reproducing whatever happened won’t be that difficult. If not, and the bug is a major concern, you may be at the same steps for months trying to find out what caused the issue. Sometimes you won’t even know how an issue occurred and you’re left desperately trying to retrace your ingame steps to see if you can get it to happen again. Sometimes, you will never get it to happen again, which is also a good test in knowing when to stop and progress elsewhere if so permitted.

Testing is rarely a permanent job. You’re usually hourly, and often the position is contracted out, so you might not even be able to rely on steady work throughout the year. Hence why it’s important to use testing as a stepping stone and not focus on that as a suggested career option by for-profit universities to scam you out of money.

Now what I’m about to say next isn’t universal, but it’s something to consider if you really want a job in video game testing.

Testing is not a job in which you’re going to be earning a lot of respect from your peers. When I went to school for game design, my professors all had some experience in the industry and generally when they brought up QA they didn’t have anything that was positive to say. In my professional experience you may have to fight a little bit harder to be taken seriously when you’re explaining an issue or suggesting an improvement, but this is where good communication will come in along with a little bit of seniority. Pay is not great either, and you’re not likely to earn a liveable wage without a second source of income. With all that being said I do still love my job, and if you have a love for making sure a video game is the best it can be before it goes out to appreciative audiences, you’ll enjoy it as well. It’s not the party that Grandma’s Boy made it out to be, but some days it can be pretty close. You’ll be surrounded by peers that genuinely love the same things you no doubt love, and with any luck you’ll befriend people that can teach you more than you originally knew.

In hopes that I don’t sound cliche, the relationships and experience you will garner from the position will be ultimately priceless if you move up in the industry. If you love video games QA is a great place to start, just don’t hold any illusions about what you’ll be up against should you venture forward into the industry. 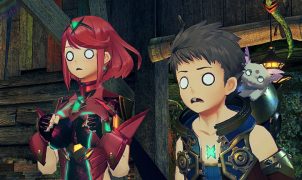