Plus, new stages and one last…interesting character! 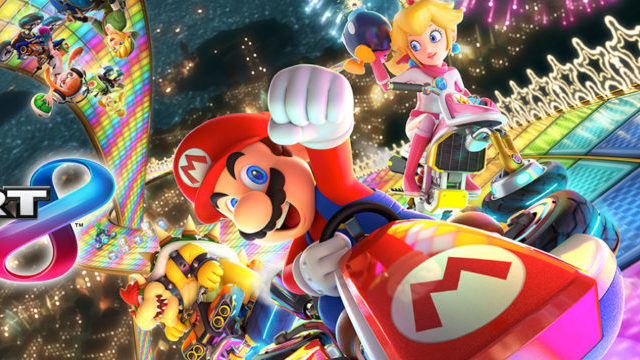 Mario Kart 8 Deluxe is heading to Switch on April 20th, so to celebrate Mar10 day (get it?), Nintendo has released a trailer providing a general overview of the upcoming remaster. Taking the spotlight are the game’s various battle modes, all promising to be quite the upgrades from their poorly-received counterpart in the Wii U version. Take a look for yourself below!

As revealed previously, returning classics like Balloon Battle, Bob-Omb Blast, Coin Runners and Shine Thief all make their return alongside a brand-new mode: Renegade Roundup, where opposing teams capture their enemies and lock ’em up in jail. Imprisoned racers need not fear, however, for their team members rescue them by activating a button press under the cell.

Also shown off were the rest of the battle stages. While there’s no more re-imaginings of classic stages (SNES Battle Course 1 and GC Luigi’s Mansion seem to be it; sorry, Block Fort!), the new locales seem to be quite varied: there are takes on Sweet Sweet Canyon and Dragon Driftway, as well as a space station and Wii Sports Resort‘s Wuhu Island. The exact names remain unknown, but we’ll keep you updated.

The trailer went on to describe the game’s new multiplayer options, such as 8-12 player local play via LAN.  Do remember, however, that Nintendo Switch requires a paid subscription service for online play. 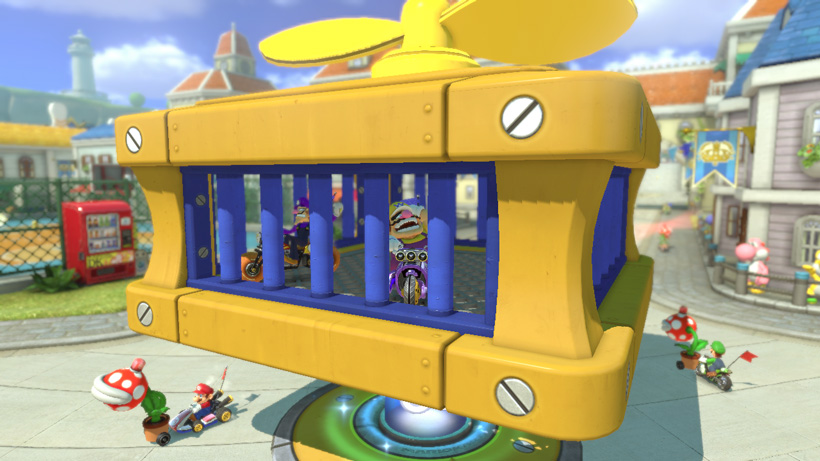 As for other new features, Gold Mario was revealed as the remaster’s final new character, and he’s unlocked by completing all the 200cc cups. Not amazing, but hey, the more the merrier! The double-item mechanic is activated by ‘blended” item boxes on the field, and GameXplain‘s pre-analysis video notes a mysterious purple spark while driving…could a new form of powersliding await us? More screens can be found here.

As a reminder: Mario Kart 8 Deluxe will be playable this weekend at PAX East, alongside fellow Switch games Splatoon 2 and ARMS. Any con-goers interested in this remaster should definitely check it out!

What do you think about all the improvements for Mario Kart 8 Deluxe‘s battle mode? Let us know in the comments below!

An Enjoyable Balance of Tricks AND Treats! I’m sure that it was planned this way on purpose, but I’ll still give credit where credit is due; Zwei: The Ilvard Insurrection came…