Impressions: The Lines at PAX East The grey sky hovering over the Boston Convention Center is a foreboding symbol of things to come.

From the moment one approaches PAX East 2017, one knows some inkling of what is to come. Housed in the vast and menacing Boston Convention Center, looming like an oddly-rectangular Death Star over the fine city of Boston, Massachusetts, PAX East is known for many things. It is a showcase of games, developers, and the industry as a whole. It is a bastion of happiness and ambition for all who enter it’s halls, from the excited fan to the talented cosplayer. However, one thing is oft-forgotten in evaluating the PAX East experience: I speak, of course, of the lines.

I was able to try both of PAX’s main lines for 2017, and come to you with my impressions. The first was the line out in front of the convention center, where patrons of the convention face off yearly against whatever forces nature sees fit to throw against them that day. This year, a gentle snow fell as biting cold nipped and the fingers and faces of PAX East’s many visitors. One might well ask how the weather was comabbatted?

The key mechanic at work here seemed to be the large awning that protected most of the line out front. The level design dictated that visitors in line would have to weave in and out of the path of falling snow as they moved along, in order to test their endurance and courage. Patrons could be heard uttering such comments as “oh shit” and “God, not this again, I knew I should have worn a hoodie.” The second line is one which I can discuss with pinpoint accuracy, for it is the one in which I still stand, suffering, as I write this. I have heard a man shout “Stop! Nobody die! Nobody die.” I have seen cosplayers sit, distressed, as free T-shirts pelted their bruised frames. I have seen the despair in the eyes of those who stood, salivating, trying to see the Square Enix and Nintendo booths in the far-off distance. I now AM surrounded by gigantic inflated cubes being smacked around between attendees. This, truly, is a scene of terror. The scene of the massacre.

The one interesting part of this line was the introduction of an impromptu co-op segment. Attendees sat huddled in circles playing the Nintendo Switch, supplied each other with snacks with which to survive the harsh, boring conditions. The mechanic didn’t hear much fruit, however, other than to pass the time.

The loading times were awful, the level design was largely uninspired, and the visuals were pudgy and low-res. The lines at PAX East are released every Spring in Boston, MA, and is developed and published by Penny Arcade. Of all the yearly manufactured game series, I can’t honestly say this one stands out any more than I did in the god damn cold for an hour. 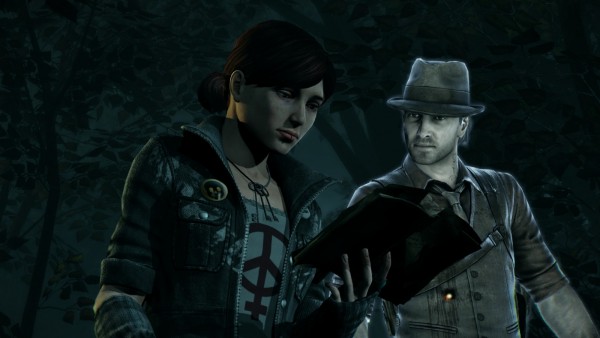