“We have to build a female.” This week is the Hey Poor Podcast’s Nintendo Switch Stunt Spectacular, and it literally only takes three minutes before somebody makes an inappropriate joke about HD Rumble. Huzzah! Join I “anIme” Coleman, Jay “AniJay” Petrequin, Nathan “Nathanime” Terencio, and Anthony “Anthime” Spivey for a special episode that does a deep dive into our hands-on experiences with Nintendo’s latest half-assed foray into console gaming. Along the way, we also talk a lot about Nathan’s time at GDC, furry emotion simulator Night in the Woods, and why Logan might be the greatest superhero film of all time. Plus: we finally get through our two-week backlog of questions! So hopefully you like hearing four non-black guys trying to discuss hip hop, or how well our four out-of-shape asthmatic podcast hosts would fare in a zombie apocalypse (hint: badly.) Oh, and Nathan at one point goes on the most bizarrely pointless tangent about his onetime experience at a Denny’s. All this and more, on the Hey Poor Podcast!

Games/Films/Etc of the Week: Nathan’s adventures at GDC, Dawn of War III, the Nintendo Switch and its launch titles, Logan, Night in the Woods, Super Galaxy Squadron EX Turbo, Desync, Heroes of the Storm 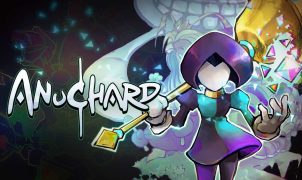 A game that certainly has a way with words. After more than three decades as a gamer, I’m a little bit cynical about games and the current state of…