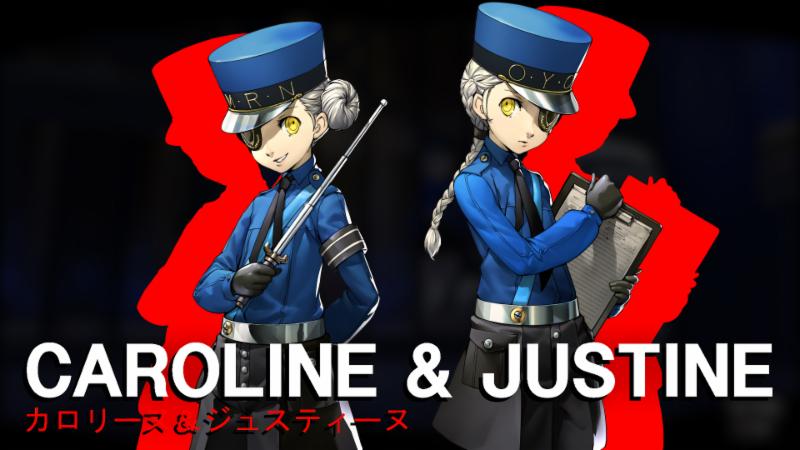 A far cry from the posh and cozy atmosphere of Igor’s limousine in Persona 4, Persona 5’s Velvet Room is a harsh place where Personas can be experimented on – often through some pretty extreme measures (did somebody say guillotines?) However, since the game’s main protagonist is a prisoner of his own Velvet Room himself, he needs to earn the privilege to do so.

While basic Persona fusion and registration is available right out the gate in Persona 5, more advanced techniques, including advanced/network fusion, training, strengthening, and others are not. This is where Caroline and Justine come in. These twin wardens of the Velvet Room play the role of Igor’s assistants and “rehabilitation” officers who will be overseeing the protagonist during his stay. By completing hard labor on the prison, additional experimentation options will unlock.

Check out the trailer showcasing Caroline and Justine in the new trailer below:

Persona 5’s North American release is less than a month away. The game is set to release on the PlayStation 4 and PlayStation 3 on April 4, 2017. Persona 5 will release on the PlayStation 4 and PlayStation 3 on April 4, 2017. The game will be available in both Standard Edition ($49.99 on PS4, and $39.99 on PS3). The game will also be receiving a “Take Your Heart” Premium Edition package is priced at $89.99 and will include the game, SteelBook Collectible Case, Soundtrack CD, 4″ / 10 cm Morgana Plush, 64-page Hardcover Art Book, School Bag and Collectible Outer Box.

So, will you be picking up Persona 5 when it releases next month? Let us know in the comments!