Orisa is ready to charge in, help out, and mess up a few china shops. Blizzard Entertainment today revealed a brand new member of the growing firesquad of playable characters in Overwatch. Even better, this time they didn’t take months of horrendously overblown ARG to do it. The newest member of the roster is real, in the PTR, and – oh, weird – not Doomfist.

The hulking mechanical mass of a new character is Orisa, a new character in the game’s “tank” category who comes equipped with shields, damage reductions, and a pretty cool gravity bomb. In the lore department, Orisa is the brainchild of Efi Oladele, the child inventor recently introduced into the game’s lore in an “interview” posted on the game’s website. Oladele makes her home in Numbani, a city which routinely gets torn up as a regular map in rotation, and has stepped in to create something to defend the citizens from the chaos around them. A story trailer was released today, narrated by Oladele herself, to elaborate a little more on our new ram-headed protector.

The lore is all well and good, but what’s more, the debut character is playable right now for those playing the Overwatch PTR on PC. No full release date has yet been announced for the character on consoles, but it seems like a good idea to keep her in the testing ring for the moment. With a D.Va-esque gun, deployable shields, a gravity-sucking bomb and an ally-boosting ultimate ability, Orisa seems to be already becoming a new favorite for a lot of frequent tank-players. For more on this mechanical supercop, Overwatch director Jeff Kaplan sat in front of a camera to talk all about it for several minutes.

This all comes from a great deal of debate over whether the next character would be the oft-rumored Doomfist, or Efi Oladele, or possibly both at the same time. This end result, despite not being Doomfist, is a solid play on Blizzard’s part, as it expands the world in some ways, creates connections between new characters as they enter, and still foreshadows Doomfist, even suggesting his motives as a character. And hey, it’s also just a cool surprise.

The time to hone your skills is now, apparently, and players can pick up Orisa in teh PTR today. Stay tuned for news on a full release. 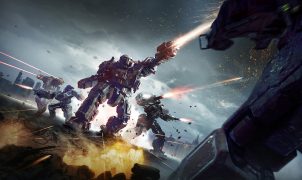