Toukiden 2 is an RPG all about slaying demons, and what better way to take on your fearsome foes than with a little bit of backup? Toukiden 2 will allow Slayers (players) to team up with other players online in order to take out opposing Oni – but only if they can find the means to do so, first! Throughout the Otherworld, players will come across Portal Stones and, by touching the stones, they will  be warped to the multiplayer lobby. Once in the lobby, players can form groups of up to four and accept missions at the Command Hub. The battles won’t be easy though, so make sure that you bring along a capable party! Players will also be able to ensure that their character stands out from the rest of the crowd, thanks to Toukiden 2‘s character creation system – which features visual styles never before seen in the Toukiden series. 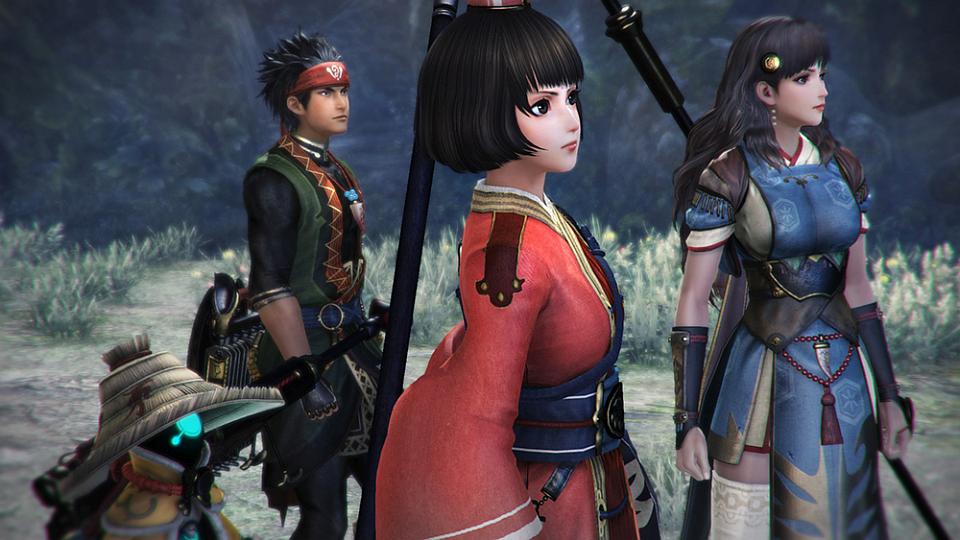 As they explore Toukiden 2‘s open world, players may also encounter other Slayers in order to take on cooperative Joint Operations. If successful in their mission, players may find themselves netting some pretty sweet loot including weapons, armor, and new Mitama – and maybe even the ability to form a party! Those playing offline need not worry, however, as Joint Operations may be carried out with NPCs known as Doppelgangers as well.

Players may also come across Reliquaries during their travels. By accessing these mystical containers, players will be able to place items in them for other Slayers to use. You won’t walk away empty-handed though, as placing an item inside of Reliquaries grants you an item of equal value in exchange. After all, Oni-hunting is all about give-and-take!

Toukiden 2 has additionally confirmed the addition of Oni based on Western lore. Players can expect to find creatures such as the Darkwing, who resembles the iconic dragon, the wolf-like creature known as Canidemon, and a fearsome six-legged demon Bruteclaw.

Toukiden 2 is slated to release on March 21, 207 on PlayStation 4, Vita, and PC via Steam. Pre-order bonuses are available from select retailers, and include the Tenko Costume armor, and the Sanada Masayuki, Sanada Nobuyuki, Sarutobi Sasuke, and Chiku Runi In Mitama. Will you be embarking on this Oni-slaying journey yourself? Let us know in the comments below!