Turok 2: Seeds of Evil Lands On PC Next Month

Dust off your cerebral bore – Turok 2: Seeds of Evil lands on PC next month, complete with new multiplayer mode. 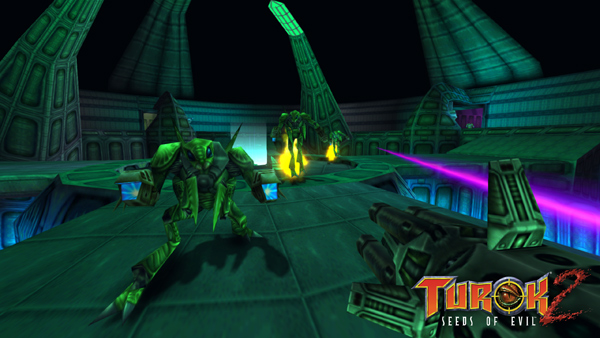 As per usual, Nightdive Studios has released a new trailer to kick off the game’s announcement. Check it out below:

In addition including the entire original campaign, this remaster of Turok 2: Seeds of Evil also adds a multiplayer game mode in “Last Turok Standing” where players can battle with friends for an even more visceral gaming experience.

Stephen Kick, CEO and Founder of Nightdive Studios, explains, “Turok 2: Seeds of Evil does more than just continue the series. From the moment that a player first begins their quest in the Port of Adia, they will face a whole new series of challenges and puzzles to solve. Players will also get to use a whole new series of weapons to overcome these challenges. And best of all, players will get to use these weapons against their friends in multiplayer mode!”

Stephen Kick added, “When restoring these classic games, it is important to ensure that they will play on as many different computer hardware configurations as possible. Working with Intel allows our developers to tune the game’s performance to achieve those results.”

There’s still no word if we’ll see the oft-overlooked Turok 3: Shadow of Oblivion make the jump to Steam next, but here’s hoping.

So, are you looking forward to dusting off your trusty cerebral bore and plowing through hordes of mercenaries and bloodthirsty dinos in Turok 2: Seeds of Evil when it lands on the PC next month? Let us know in the comments.