Live to Ride, Ride to Live?

I miss good old fashioned arcade racing games. Granted, it’s also been a while since I’ve played one, mostly because I feel that the more advanced games get the more desire there is for the genre to become more technical. The last foray into these style games that I recall having was during the PlayStation 1 era with titles like Ridge Racer and Jet Moto. These games were loads of fun (sans any necessary nostalgia) and did not have a high bar of entry, which made them easy to pick up casually whenever I was in the mood to run a few laps here and there. I was excited to try Ride 2 under the same pretenses, but soon learned I wasn’t quite ready for the challenge ahead of me.

The Ride series is for the motorcycle aficionado; that was my first impression of the game as I started up the second entry and was met with a medley of showroom style presentations of the bikes offered throughout play. That didn’t deter me too much. I don’t know anything about motorcycles or cars, but it’s never been an issue before. Truth be told, it’s not really an issue for anyone wanting to play Ride 2 now, but if you don’t pay attention when selecting your first bike you might be in for some disappointments during your first ten to twenty races. Yes, that’s right, ten to twenty, because that’s how many you’ll have to play and get a decent placing in so as to make enough money to buy a better bike, or upgrades to what you already have, making the whole experience about as grinding as the first few levels in an RPG.

Remember what I said before about a low bar of entry? Well, Ride 2 doesn’t have that, so if you’re looking for a quick racing game fix, this won’t offer it for you. The aspect of realistic driving mechanics reigns supreme within the game, which may be appealing to the big Moto Racing fans, but not for the average gamer. In retrospect, and in my not so humble opinion, realism killed the racing game star.

When you’re done finding all of the add-ons of the game that you can’t access because you haven’t yet qualified for them, there’s the unforgivable issue of loading screens. You get them all of the time. I’ve played open world games that had fewer and shorter loading screens than Ride 2, averaging about three every single track I started. One might think that it’s simply a graphical reason, but no. Here’s the thing, going back to what I said earlier about realism within the game, it’s very detailed in that aspect. The surrounding environments, the spectators, the banners all look amazing. I almost feel like I should feel the wind hitting my face, but that being said I’m still going around a map that spans less than a fraction of any Bethesda map I’ve ever traversed, and at an up close look the surrounding environment betrays any sense of detail one might have assumed was present. What on earth needs to keep loading after every menu, then? No, seriously, I’m asking because I don’t know. The majority of the game takes place in the World Tour mode, but different portions of World Tour aren’t available based on the bike you purchased at the beginning of the game. For example, I started with one of the Naked series bikes because it had a lot of horsepower (see, I know some things!) however, I failed to take into account its weight (162kg – 357 lbs for Americans) and found that I had almost no acceleration at clutch points in the race. Once I was lapped there was almost no catching up, which is pretty disheartening when it’s, you know, a race. Essentially I found that you have to gain your position and hold it for as long as possible which isn’t too difficult barring any collisions, wipe outs, or AI that simply choke right in front of you and cause a pile up.

At the end of each race you get credits which serves as the game’s currency. The better you do in a race, the more you get upon completion, with 1st through 3rd being the ideal and most lucrative finishing positions. However, don’t expect to get there often. Even with AI geared towards the simplest settings (you can alter the complexity of the AI on the maps which might be nice if you’re a masochist) you’re going to have a hard time getting to those spots, and since there’s no concise difficulty ranking with maps you’re going to have to be really touch and go with the maps you play in order to ensure eventual progress.

Weather is another difficulty component added to certain maps, adding rain and slick conditions to tracks. I only played one of these tracks and, I’m going to be honest, I didn’t feel much of a difference. Perhaps it was due to the weight of my bike? Is that how those things work? My second bike was a lot more rewarding to play because of how it controlled, yet I somehow found myself doing worse competitively with it despite the easier handling. It weighed significantly less, but I still couldn’t ramp up the acceleration with the base model. I’m assuming you have to keep grinding through races in order to upgrade what you purchase in the show, but when some placements give you only a few hundred credits per track, you’re talking about some major grinding, and only for a racing game!

As for gameplay, I’d say Ride 2 falls short of what a fun racing game could be, although perhaps what I said before is true. Maybe the appeal of the series is realism, and although I’ve never ridden a motorcycle, mechanically I’m assuming what Ride 2 has going for it is very satisfying. The breaking and turning system operates much how I imagine a stick shift would in real life, requiring the left bumper button for breaking while the right accelerates. Now while this is more or less utilizing the typical formula for racing in any game, because of how intense the driving can get, this  still manages to feel a bit more lifelike. However, at the end of the day when you’re also contending with terrain and AI, I find myself falling back to the ideology of “I just want to go fast” and “this isn’t very much fun.” I hate to give Ride 2 a bad review because it offers up so much to the player, but because it asks so much for you to ever enjoy the facets of that game I feel that it shoots itself in the foot too early on to merit being worth the chance. I lend the game some credence that it’s for the motorcycle fanatic and not the everyday gamer, or for the Moto Racing fan which largely ostracizes North American audiences.

At the end of the day if you want to knock out a few solid hours of grinding races for currency so as to buy bulkier, heftier racing bikes, this is the game for you. However, if you’re looking for some casual races to burn some time either solo or with some friends, Ride 2 will not be your cup of tea. I strongly advise getting this unless the motorcycle racing circuit is your thing, because you’ll probably be disappointed once you get started.

Full disclosure: This review is based on a PlayStation 4 review copy of Ride 2 given to HeyPoorPlayer by the publisher. 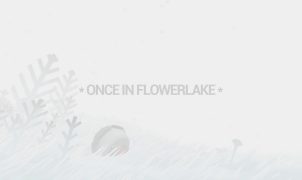