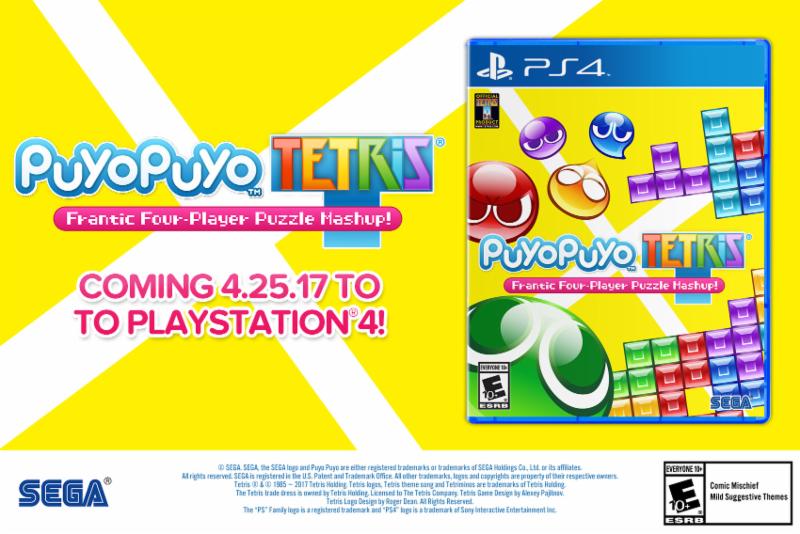 The trailer, dubbed “Back to Basics”, is geared towards getting dusty puzzle game aficionados up to speed ahead of the game’s April release. Lasting just under two minutes, the trailer teaches players the best ways to pop colorful Puyos or clear those blocky Tetriminos. Of course, nothing compares to some good old fashioned hands-on practice. Thankfully, Puyo Puyo Tetris’ allows players to master their skills in various tutorials will have you initiating Puyo chains in Endless Fever and Endless Puyo modes, as well as mastering your Tetris stacking skills in Sprint and Ultra modes.

Check out the Back to Basics trailer below:

Puyo Puyo Tetris will be be releasing in the Americas on April 25, with the European release to follow on April 28 for the PS4 and Nintendo Switch. The PlayStation 4 version will be available only in a physical format for $29.99, but the Nintendo Switch version will be available digitally for $29.99 and physically for $39.99, with a special launch edition that includes two Puyo Puyo- and Tetris-themed keychains while supplies last.

So, puzzle game fans, will you be picking up this mash-up when Puyo Puyo Tetris  releases in April? If so, be sure to let us know in the comments section.