Bulletstorm. AKA: Shooting People In The Dick!

I have never once touched the original Bulletstorm since it’s 2011 launch. I may have heard of it back in the day, but I was not as heavily invested into video games as I am now. A few days ago I had the pleasure of playing a demo of Bulletstorm: Full Clip Edition, and boy did I not know what I was missing. What I got to play of the game was a menagerie of kicking, sliding, explosions and dick jokes – boy was it great! Before I talk about my personal experience with the demo, let’s talk about the what makes this version of the game the ultimate experience for those who are new and returning players.

After my playthrough demo Elliot Hamilton from Gearbox Software, who was very nice by the way, proceeded to show me a visual comparison of the original game vs Full Clip Edition. The difference was very much night and day. There were very noticeable upgrades in texture quality, field of view, color saturation and – most importantly to me – the obvious jump from 30 to 60 fps. Those who pre-order the game will receive the option to play through the entire campaign as Duke Nukem, featuring brand-new lines from the original voice of Duke, Jon St. John. All these changes are super promising and are sure to delight those who have played the game, or those like me who have never played the game. I mean wow: Duke Nukem in a good game for a change! Hail to the king baby!

Now that we got that good information out of the way, let’s talk about my experience with the game. I have never played the original Bulletstorm, so I came into this with neutral expectations. The game that they had presented me and that I got to play is one of the most bombastic shooter I’ve played in a while. It’s a shocker that I have never played this game considering how much of a Nathan-game this truly is. The abundance of weapons, exploding hot dog carts, and dick jokes- this truly is a game for me.

From what I know of the story you play as Grayson Hunt, a sort of badass mercenary-type gentleman who is stranded on a planet with his former friend and comrade Ishi; also it’s important to note that Ishi is an edgelord cybernetic man. The basic plot is that you have to find your old corrupt commanding officer General Serrano and find your way off the planet. Now the story is very derivative, but the charm is in how the doesn’t take itself too seriously. While they may play it straight at times, the game is fully self aware of the fact that it is kind of a wacky violence adventure. This is shown in the funny dialogue, multitude of over-the-top badassery notifications, and the many ways to destroy every living thing you come across. I think that’s the thing that surprised me the most about the game, the level of focus is shown in how both gameplay and story elements fit thematically together. There are points for everything involving shooting.

The actual gameplay is really fun. The game could have been called Dicksplosion and that title would have been just as accurate as Bulletstorm. The biggest comparison I could make is that the game plays very similar to Doom (2016), which is weird because this game came out in 2011 originally. They are both modern fps games the hearken to the olden days of crazy fast paced corridor fps games from the 90s, emphasizing lightspeed action. Although I will say that the amount of open space I got to experience in Bulletstorm made me enjoy the game’s setting slightly more than Doom, of course I say this with a grain of salt. The big selling point of Bulletstorm is the crazy multitude of ways you can kill dudes, all being tied to an achievement system that rewards you in killing people in the most ludicrous ways. Every weapon has two fire options, that makes things I would normally never use like a pistol one of the coolest weapons in a game ever. However, even without the different firing options the guns still function with a sense of bombastic spectacle that makes it hard to put down your controller/mouse. And it’s all complimented with a cool Metroid-esque energy leash that allows you to grapple enemies from long range and do cool, violent things to do them (I’m starting to worry about you, Nathan – Deputy Editor). It’s all insanely fun. Honestly I wanted to play more.

Bulletstorm is a game that is completely focused on high octane action, and both its writing and game design compliment that very well. After playing it, I feel that Bulletstorm came out at a time when it couldn’t really be appreciated. With the new trend of fast-paced, twitch-movement-based sci-fi shooters eclipsing the once predominant gritty modern fps of the past decade, I think this game can definitely be more appreciated now than six years ago. I had a blast with what I got to play, and I hope this sparked some interest in this title, which is being released April 7, 2017. Last thing: shooting people in the dick is a type of kill with its own set of animations, just thought you should all know. 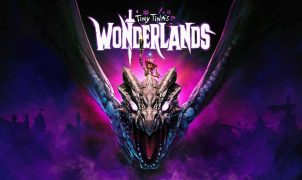