When it comes to Princess Maker games, the first is the worst. 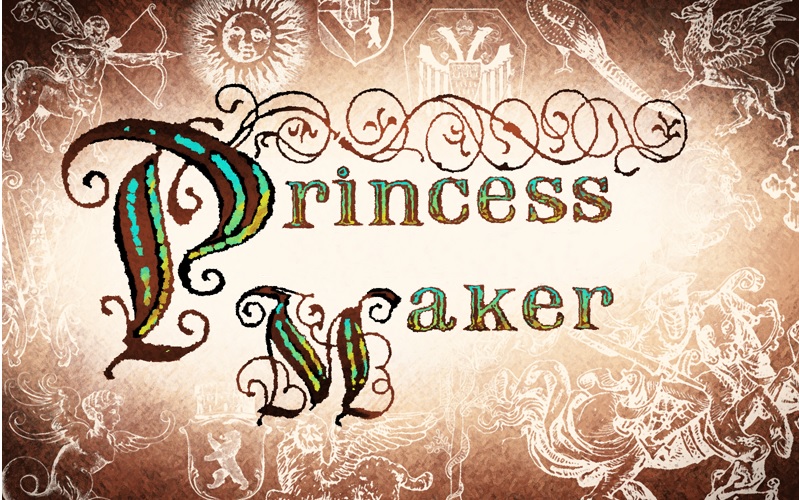 When the “Refine” edition of Princess Maker 2 came out last October, it inspired a lot of buzz. While the Steam port itself may have been lacking in substantial improvements, fans of the regal stat-em-up were glad to see its return to modern PCs, in all its ridiculous, complex, making-your-15-year-old-daughter-work-in-a-Cabaret-you-monster glory.

The recent re-release of the original Princess Maker, however, hasn’t received as much press, probably because it’s nowhere near as good. In fact, I was half-tempted to simply copy Jonathan’s review of PM2 and just append “but worse” to every sentence, because that’s really all the original Princess Maker was – a less-polished prototype of its superior sequel. There might be something for you here if you’re a die-hard fan of the series and you’d like to see how it all began, but otherwise, there’s really no reason why you wouldn’t get the sequel, or any of the many games that took the same formula and did it better. 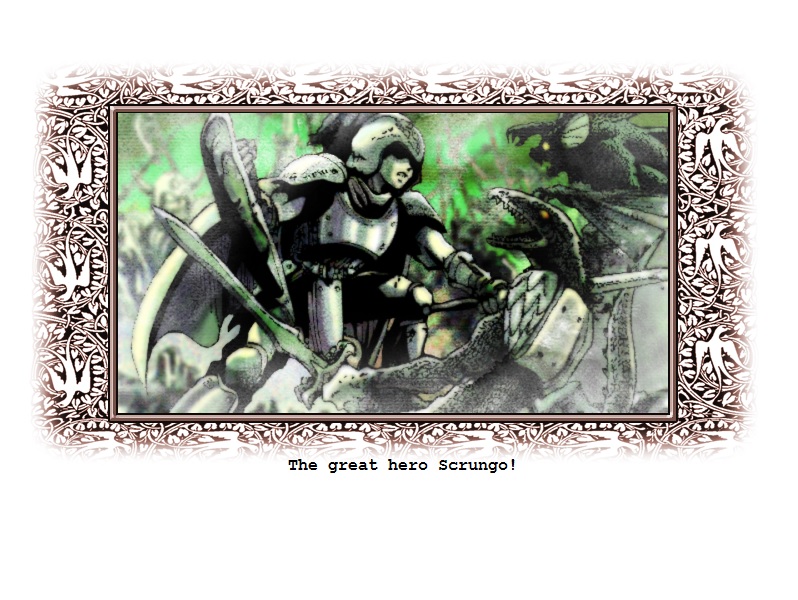 So, then. Princess Maker. You play as a noble hero (see above) who after a lifetime of battling demons has decided to settle down and care for a young orphan girl, who comes to you at the age of 10 and who you will raise until she reaches the age of 18, whereupon the game ends. The game has multiple endings (though nowhere near the 70+ boasted by its sequel), and as such Princess Maker is less about trying to “win” and more about setting your own goals for what you want your daughter to be. She could become a general, or a priest, or a bandit chief…or, yes, if you let her stray too far down the path of sin, a high-class harlot. For my first playthrough I decided to buck tradition and try to make the most moral character possible, eventually landing her the position of Archbishop.

But while living vicariously (vicar-iously?) through my fictional child was fun for a little while, the lack of any real focus makes everything you do in Princess Maker feel kinda pointless. It doesn’t help that your daughter is quite possibly the most stupid child ever to live, guaranteed to randomly fail activities or get scared and run from combats she could easily win. Keeping her stress low and her morale and spirit high will help prevent these random acts of stupid, but you’ll never get rid of them completely. I don’t think I’ve ever played an RPG before where your character will occasionally just refuse to fight, and it’s especially frustrating when she flees from fights she could win in her sleep and runs straight into some invincible boss monster instead.

To be fair, Princess Maker 2 is arguably just as pointless, but the mechanics of that game have enough depth to them to keep things feeling fresh. Princess Maker only has 16 stats to manage, several of which you have no direct control over. And while that’s just about the perfect number for a standard RPG, in a game that’s all about micromanaging stats, that’s not nearly enough. Each stat has one or two activities related to it, so basically the game consists of picking the one you want to max out and doing the single thing related to that for eight years. So for example, in my quest to raise a daughter with the highest possible morality rating, almost all she ever did was work in the church, with occasional vacations to reduce her stress and trips to school to make sure her other stats stayed relatively stable. And while, again, I could have chosen to do other things, they’d all have been more or less variations on the same theme, as I learned on a couple subsequent playthroughs.

The closest thing Princess Maker has to traditional “gameplay” is errantry, a school of learning where you go on short RPG adventures for a week at a time. Again, this is a much more simplified version of the same game found in Princess Maker 2, with fewer enemies and extremely limited areas to explore. Plus, as I said before, your daughter might just choose not to fight anyone. In terms of actual mechanics, you’d be better off grinding for XP and money by working a few thousand shifts at the weapons shop. Or you can do whatever you want! Because nothing matters in this game.

Now with Princess Maker out of the way, it’s time to look at the other part of the title: “Refine.” This would seem to suggest that this was a somehow remastered version of the original Princess Maker, but don’t be fooled. CFK Co. put in the work to make a game from 1991 work without technical issues on modern computers, but they didn’t bother putting in the work to actually improve the experience in any substantial way. The menus (and remember that this game is 99% about navigating through windows) are still clunky and hideous, with text that dangles off the UI and an initially incomprehensible suite of unlabeled buttons. There’s two resolutions: 800×600 and 800×600 hideously stretched to cover the entirety of your monitor. They couldn’t even bother to implement changes that existed in Princess Maker 2, like replacing the still images that pop up whenever your daughter’s at school or work with the cuter chibi animations.

It should be noted that they’ve made some changes, like replacing the original pixel art with art that actually looks worse. Instead of the bricky charm of the original pixels, whose low-fi depths suggested greater detail lurking beneath, the new hand-drawn art looks flat and washed-out – technically an accurate approximation of the original images, but with no life to them. It looks like someone on DeviantArt’s first attempt at a sprite trace. They’ve also added voice acting, but only in Japanese, and bit-crushed to within an inch of its life. If there was anything good in the actors’ performances, it’s been completely lost in translation, and you’ll find the audio experience a lot more pleasant if you just mute the game entirely.

Sure, the Princess Maker formula has enough charm that you might be able to find entertainment in this game for an hour, maybe two, before you realize how repetitive and meaningless everything is. But why you would bother getting this game when there’s better examples of the genre in the same series is absolutely beyond me. If anything I described in the last thousand words of text sounds interesting to you, just get Princess Maker 2 Refine, which is exactly the same game in terms of style and presentation but is better in every conceivable way.

In fact, you might even say that it’s the much more…refined experience.

Full disclosure: This review is based on a review copy of Princess Maker Refine given to HeyPoorPlayer by the publisher.

A Smashing (and Slashing) Good Time     I’ll cut straight to the chase, here; Croixleur Sigma is one of the most cliché games that I’ve played in a…