Imagine a Call Of Duty game that worked like a retrospective on previous American conflicts up until now. We go from Independence, to Civil War, to the grit of the World War 1, to the righteous battle against Fascism in World War 2, through Vietnam, the Gulf and the war on terror. We travel through each conflicts as a snapshot of how and why they came to be. The game would be a meditation on not just war, but America’s relationship with it.

The game would deliver ‘classic’ Call Of Duty gameplay that would shift and change as the themes of each conflict challenged ideas of intervention, liberation and conquest. As we progress through chronologically from one war to the next, we are forced to question how we got here, are we repeating the same mistakes? Is each conflict any more or less righteous than the one that came before it?

Maybe it raises the question: What do we expect from Call Of Duty? Broadly speaking, the expectation of a Call Of Duty game is a bombastic scripted campaign and extensively supported multiplayer suite. While Call Of Duty games each tell their own story, they’re often remembered by their setpieces – the airport massacre, the drone sequence, the betrayal. This kind of vignette structure could tie perfectly into a game spanning wars over history, with each chapter designed as a memorable setpiece that feeds into a cohesive message or idea that the game is built around. If that sounds a bit abstract, well it is. Countless words and images have been contributed to understanding war – could one of pop culture’s most high-selling entertainment products bring something else to that discourse?

Call Of Duty’s cultural relevance (even if it is arguably on the wane) puts it in a unique position as a mainstream entertainment product exploring war. While it will likely never happen, imagine the reach and appeal of that game being used as an interactive exhibition of the United States and war. Imagine if Call Of Duty sold $30 million copies and actually had something to say. 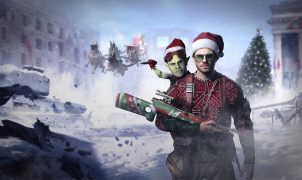 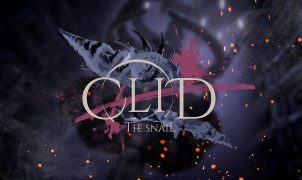 Clid The Snail Review: Shell Shocked   Set in the distant future, where humans have long since passed, and mutated animals roam the world, Clid The Snail puts players…