In the wake of the Year of the Rooster, what does Blizzard have up their sleeves next? 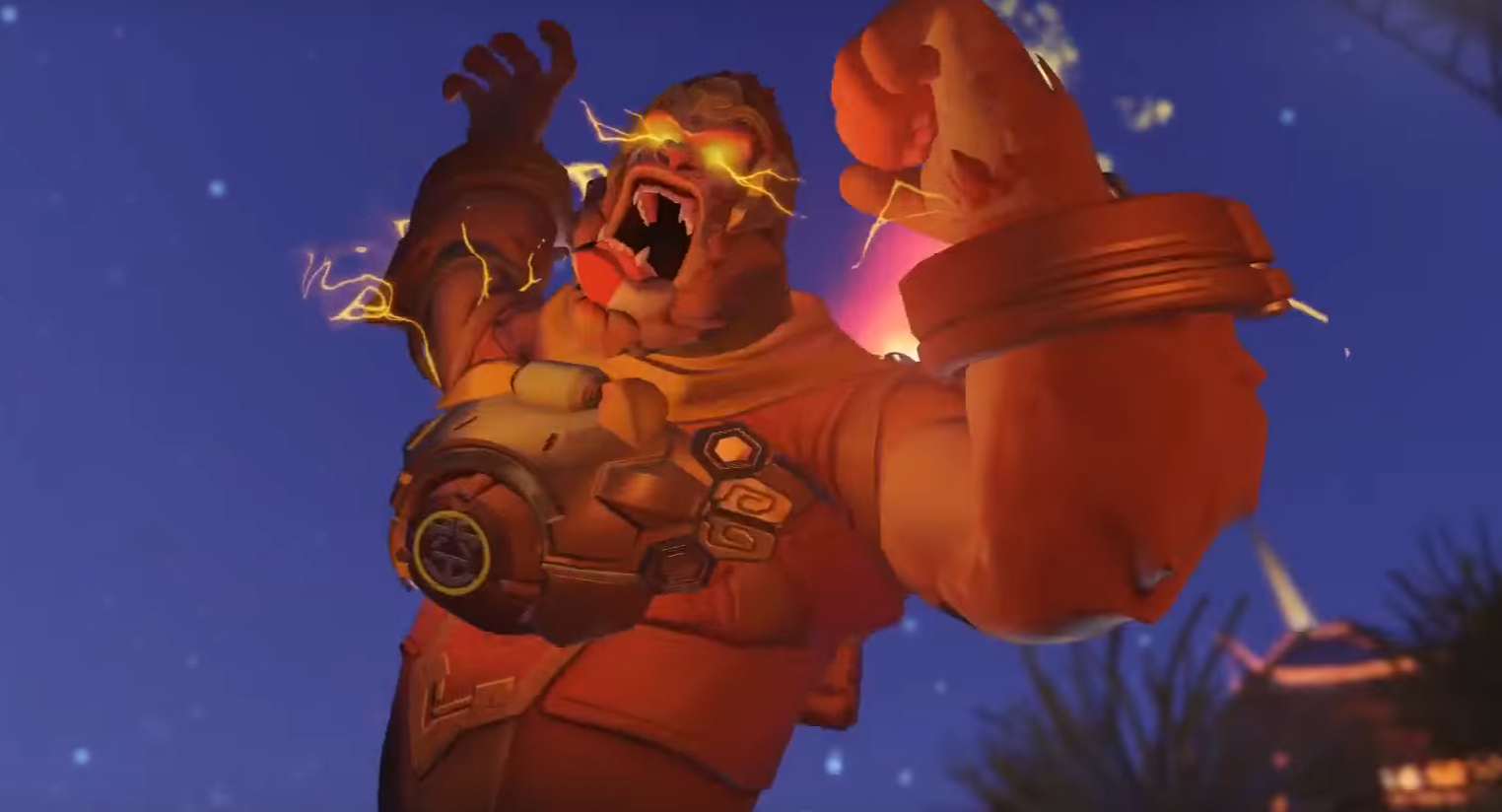 Overwatch. How about that Overwatch? With hundreds of accolades since its launch last June, including a high spot on our own Game of the Year list, the oft-tweaked and well-loved character-based shooter became an iconic game within an overall incredible year for games in general. Recently, Overwatch held a special “Year of the Rooster” event in honor of the Chinese new year. The event not only included some damn stylish and festive skins – looking at you, Handsome Zenyatta – but a whole new game mode as well, becoming one of the game’s many special event brawls.

Capture the Rooster was not only a success, but has been largely celebrated as one of the best new modes Blizzard has tried out so far. This comes following last October’s hit with Junkenstein’s Revenge, a co-op AI horde mode Halloween event that left players hoping for more. Not long after that, the long-awaited Sombra, the game’s second post-launch new character, finally entered the fray. After initially being everyone’s favorite to play, and then suddenly disappearing from everyone’s roster for a few weeks, Sombra has fit nicely into the game for many players (personally, she was the first attack character I found myself actively wanting to play). Between all of this and a few much-needed modifications to existing characters, Blizzard has been doing a red letter job of feeding new and dynamic content to its player base. The question then becomes, of course: what next?

In a recent update log, Blizzard announced a new volley of small tweaks and changes to the game, as they are so oft to do. It’s a lot of minor stuff, mostly; Torbjorn can now build his turrets one or two places he couldn’t before, and D.Va’s Defense Matrix has gotten a bit of a tune-up. Bastion is getting some horrifying power-ups, balanced out with some slight downgrades in other areas. With Sombra having now stealthed (and poorly RNGed) her way into our lives a few months ago, the question becomes who will be next to join Overwatch’s roster, now 23 characters strong.

Except, oh wait, there’s actually very little question. It’s pretty much certainly going to be a big legend of a dude by the name of Doomfist. 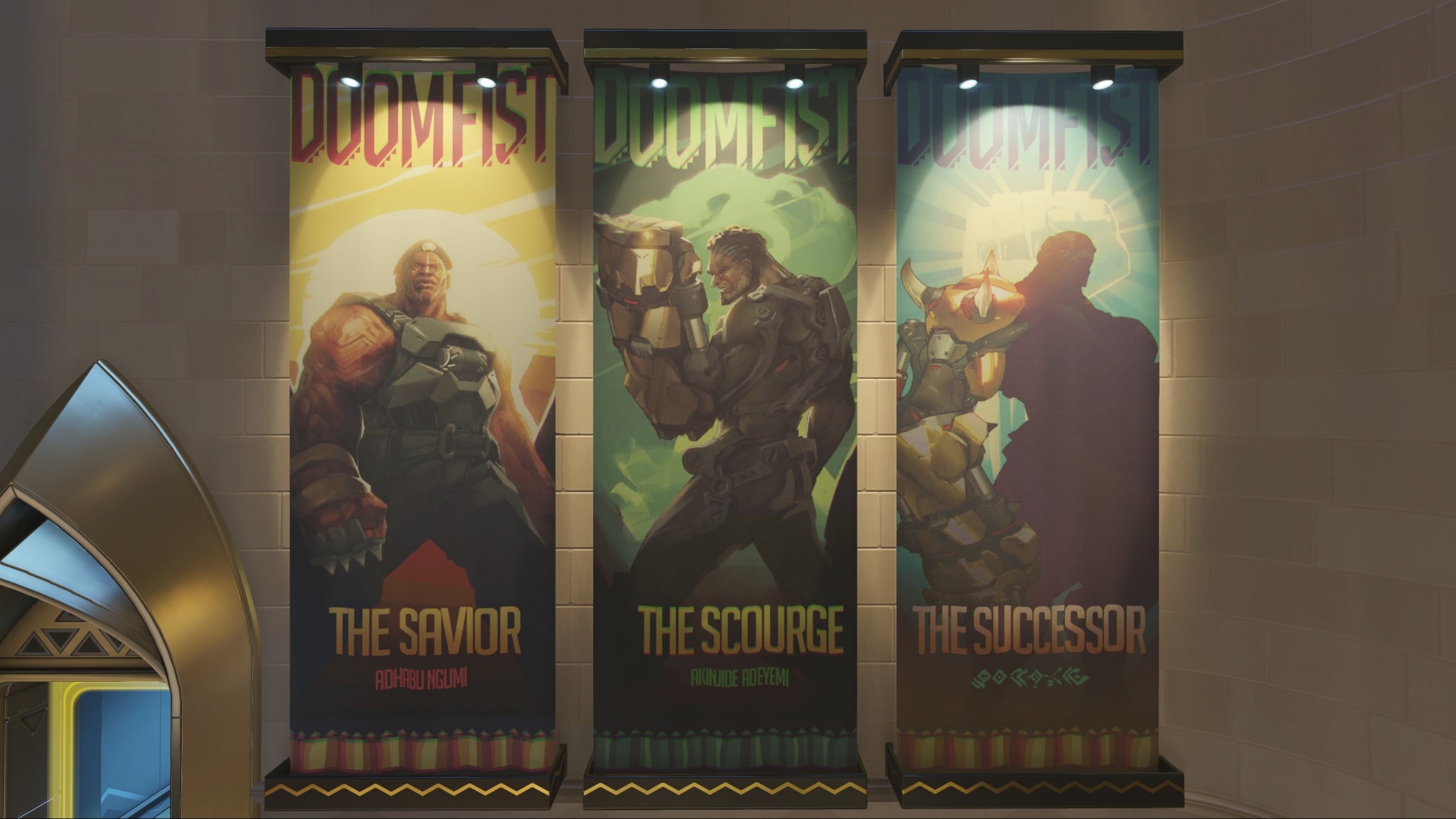 Doomfist has been a name in the minds of Overwatch fans since before the game’s initial release. The legendary hero has some history in the game’s universe, with his gauntlet sitting pretty behind the glass of a museum exhibit dedicated to the heroic exploits of the Overwatch squad. The Overwatch PTR, the game’s player-fueled testing grounds, has recently come to boast a variety of new hints to Doomfist’s imminent emergence, such as a set of posters showing what appear to be multiple different characters bearing the iconic gauntlet. That very same gauntlet was previously part of the payload on the game’s Numbani map, but reportedly now appears as missing from its broken glass container.

If his name implies what we would all assume it does, Doomfist could make a huge splash as one of Overwatch‘s first completely melee-focused characters. We could speculate all day about what that could be like. In a game full of everything from fast-shooting runners like Tracer and McCree to explosive one-character firing squads like Pharah and Junkrat, the closest thing we have right now would have to be Reinhardt, whose shield and hammer make for a battlefield-shaking defensive combo. If Doomfist plays the same immediate range from a more directly offensive standpoint, he would most likely have to be designed around leaping in, causing a huge five-finger death punch of damage, and getting out of dodge fast. Maybe we’ll even see a greater emphasis on battlefield damage going forward. I, for one, would love to make some dents in the walls of Hollywood.

Doomfist is far from the only possibility, though, especially given this recent forum statement from Overwatch director Jeff Kaplan. If Kaplan is suggesting that Doomfist won’t be the next colorful character to set foot on the payload, that certainly doesn’t leave us in the dark as far as alternative possibilities. There’s plenty unmet friends in early promotional art alone:

If we’re to believe that at least some of the unknowns among this early illustration are characters who might still show up in the game (which seems inevitable, frankly), there’s plenty to work with. There’s even a couple that appear to be of Omnic descent, the same robotic entities which waged war on humanity long before the game takes place. The Omnic Crisis theme plays at one point in the PTR, suggesting that maybe another character with origins similar to Bastion’s is in our future. Whatever the truth, the first two post-release characters have been a support class and an attack class. Personally, I’d love to see the next new slot be a new defensively-oriented character that can guard against some of Bastion’s new firepower, as well as the stealth threats posed by players willing to get devious with Sombra. There have been rumors since shortly after Sombra’s release that some sort of Pyro could be in the game’s future as a Mei counter. What I’m saying, really, is that the future is limitless.

In the meantime, here’s hoping we see some more experimentation with the more successful game modes Overwatch has rolled out. Although not without some flaws, including a limited character roster, Junkenstein’s Revenge was an awesome little arena-based Left 4 Dead-like Horde Mode, and it would be really stellar if some kind of more permanent wave survival mode of the like became a regular facet of the game’s increasingly wild Arcade. Just because that mode is a few months old doesn’t mean players should lose heart, either; to tie it all back to the Year of the Rooster, the Capture the Rooster event was popular and praised enough that Blizzard has confirmed that a Capture the Flag mode will become a permanent game mode in rotation. So what kinds of future modes should Blizzard create next? Is it time for a straight-up Team Deathmatch mode to work its way into the game, or is that inviting something a little too generic? The weekly brawls have been full of surprises for some time now, and will most likely continue to be where new ideas get played with.

What do you want the next character to be? Is it time to put on the Doomfist gauntlet, or are there other things we need first in order to better balance things out? What about new modes and challenges to keep things fresh? Let us know in the comments below, and join us in anxiously waiting for more news on who will be next to run around the map and not spend enough time getting on the dang payload.

An amusing and artistic adventure, but one cycle was enough I’m sure that most of you out there who have been playing video games for a while have heard…