What is Semispheres, you ask? 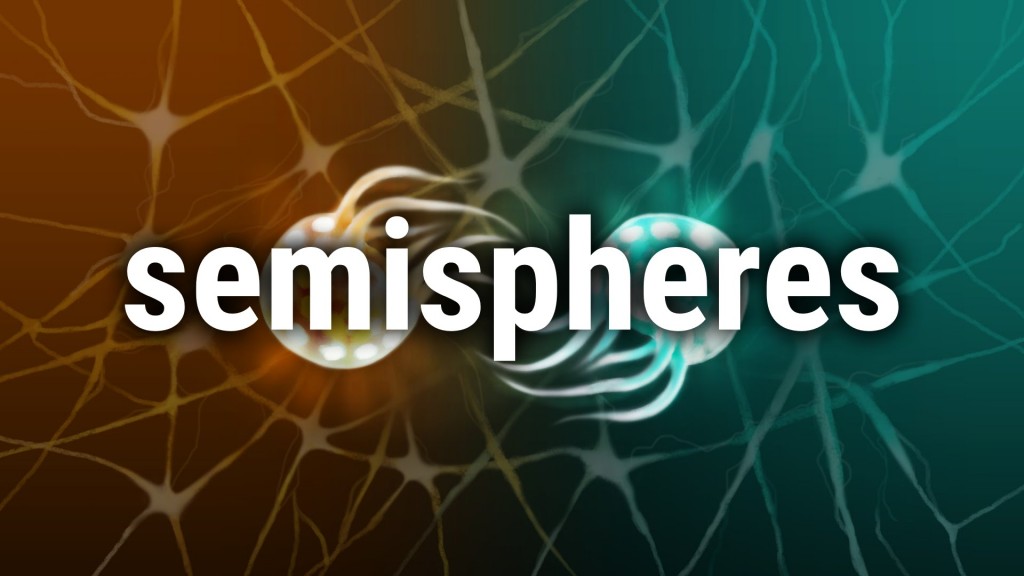 Well let me quickly summarise this neat little game for you.

Semispheres is a intuitive puzzle game in which you control two small brains (to make life easier, I’ll just be referring to them as brains throughout this review). The aim is to complete a variety of different levels to reveal short comic strips that explain a story.

Just a quick side note here; I’ve never played Portal in my life (yes, very criminal of me) but without a shadow of doubt, I can happily assume that Semispheres’ creator Radu Muresan definitely took some inspiration from that series. I don’t need to explain my thought process behind this, just check out the image below and see for yourself. 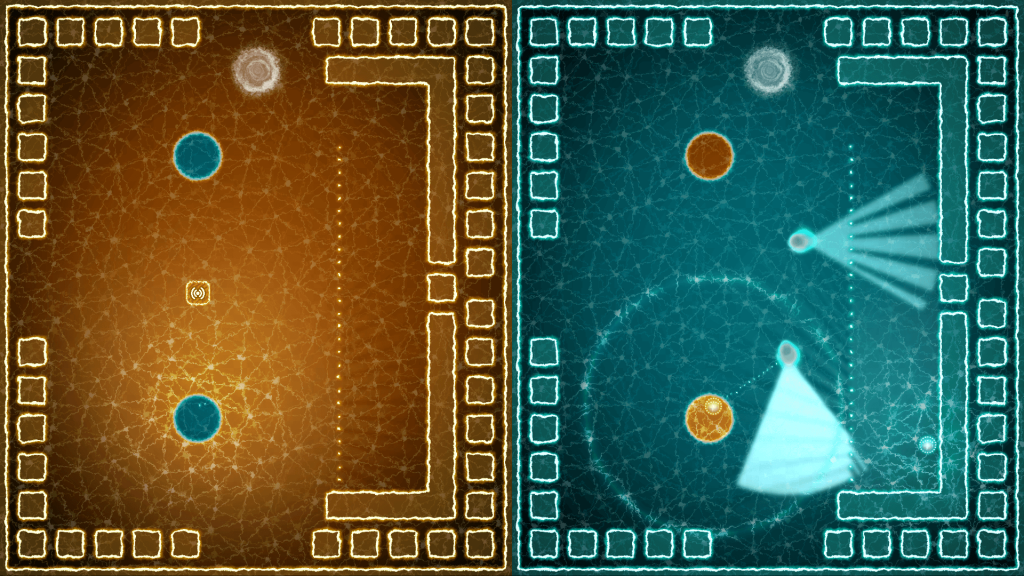 As you can see, the screen is split into two different obstacles on either side. You will slowly be introduced to different methods and items you can use to unlock the key to the puzzle but ultimately, the aim of each level is to get both the blue and orange brain to the finish points simultaneously.

I played this game with a controller so I can only describe my experience from that perspective (if anyone plays it a different way, let me know if your thoughts differ from mine on this). There were times during the game where I felt like breaking my controller in half… but it wasn’t for the level of challenge in the puzzles. It wasn’t even the physics or the movement of your little brain things – in fact they were pretty responsive and fluid. It was the fact that I couldn’t split my brain in half and play both sides at one time. The very premise of Semispheres confounded me. Never has such a seemingly straightforward game left me feeling so inadequate, yet my frustration doesn’t shed much light onto my overall impression of Semispheres.

I’m not going to lie here, I’ve never been a fan of puzzle games – I find them boring, tedious and mostly frustrating, probably due to a lack of attention. Yet after putting down Semispheres, I had an odd sense of satisfaction, different to the relief of overcoming puzzles in every other aspect of gaming.

Levels didn’t feel tedious or repetitive. Each stage was a new challenge – just something else I was happy to contemplate and figure out to achieve my goal of completion. I wouldn’t use the word unique to describe each challenge along the way but it never felt like one stage was exactly like the other, even if it had similar restrictions. While I found some portions of the game easy and manageable, others left me confounded, which all developed my understanding of the game better as it became more difficult.

One particular example of this that I found during the game was when I was given two items on either side of the screen, which up until this point meant the item was only applicable to the side of the screen it spawn on, or so I thought.

I was left scratching my head, wondering what on Earth to do. I could see the layout, I could see what needed to be done but I hadn’t been explained how to do it at any point during the game. I was left with the correct tools without any instructions. Eventually I came to the realisation that weapons were interchangeable between the parallel sides, simply by process of elimination. Faced with a portal on either side and both brains being restricted by enemies (imagine the cone shapes that represent the enemies in the Metal Gear Solid mini map), I only had one option of movement, it wasn’t until exhausting what I thought were all my options that I realised not only could I move between both sides, but I could apply the items available to me in a similar way. 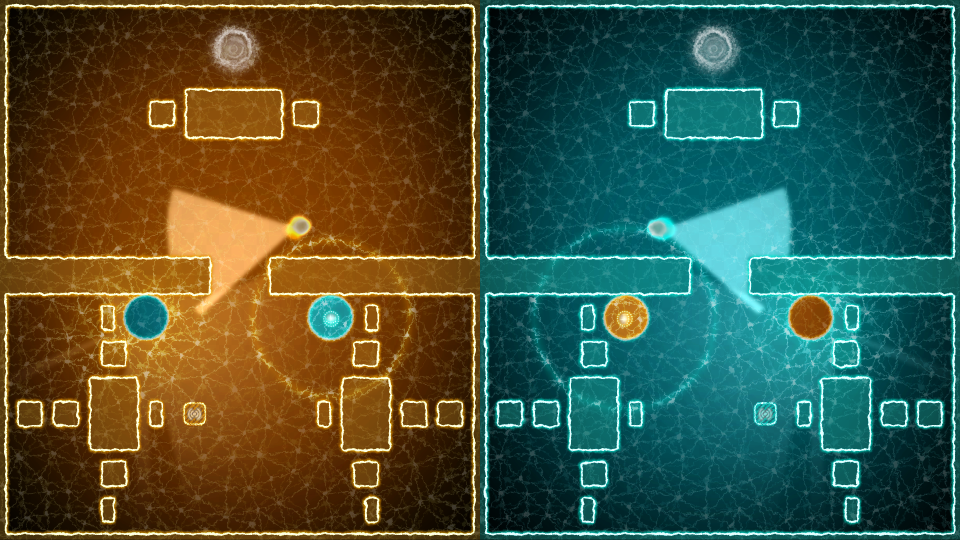 Credit to the games creator Radu Muresan…literally just him, he was the sole creator of Semispheres. The development process of this game had a lot of thought behind it and the progression of the player was made vital to the experience of the game. When I mentioned that one level never felt the same as another, it was because of this understanding. Like I said, even with levels that had similar restrictions or constraints, each one gave the player something new, you’d be learning from what you had previously done and applying it to new situations. One thing I can say while I was playing Semispheres is that it gave me a lot of light bulb moments. You know when you have that sudden epiphany or perhaps a flashback to something you’ve done in that past and all of a sudden it is applicable to what you’re doing and everything makes sense? That’s what the level progression in this game made me feel.

As far as my experience with puzzle games go, Semispheres gets my praise. However, after a glowing review thusfar, it’s time to take a trip down negativity lane.

My biggest gripe with the game was its lack of atmosphere. I know that sounds odd after having nothing but positivity to express about it to this point but hear me out.

When I talk about atmosphere, I’m talking about the lack of distinctive ambience. Graphically, there isn’t much to distinguish Semispheres. For an indie puzzle game, it’s vibrant and aesthetically pleasing but nothing worth shouting about. Again, the music and sound effects are subtle and suitable for the game’s style, but there’s nothing to really immerse you in a unique world.

The puzzles, though sometimes satisfying, are simply run-of-the-mill.  I never found myself struggling to put the controller down. Yes, Semispheres is intended to be more of a casual game but it’s the overall lack of a unique atmosphere and any really distinctive puzzles that let it down. Individually it has some nice qualities, but as a package, it was average. I feel harsh for being too critical of Semispheres considering its development was a solo effort but when you take a step back and look at the bigger picture, it just isn’t all that.