Your assignment, should you choose to accept it, has lots of guns and boobs. Well, of course you’ll accept it! Being a hitman isn’t a glamorous life – it’s lonely, dingy and full of fear. That’s the message that the first issue of The Assignment conveys with great gusto. The protagonist of the piece is a killer for hire named Frank Kitchen. I use the term protagonist quite deliberately here, because Frank, by his own admission, is no hero. We first see him calmly gunning down an indebted fashion designer who is pleading and begging for his life. Frank’s no vigilante or avenging angel – he kills people for a paycheque. He knows he’s going to hell and his reckoning is coming, but he never could’ve predicted quite how it would come. Frank may not leave his heart in San Francisco, but he does leave behind another important body part!

The Assignment is drawn by talented French artist, simply known as Jef. There’s also a movie, which was released last year, featuring Sigourney Weaver and Michelle Rodriguez. Both the movie and comic are adapted from a script by Denis Hamill that’s been kicking around since 1978. The fact that the story comes from the seventies seems apt, as the art style of Jef reminds me a little of a younger Milo Manara, with its lighter colours and well rounded women whose clothes just seem to fly off a panel or two after they’re introduced. The backgrounds and landscapes are even more stunning than the bodacious ladies though. There’s one panel with an immaculately detailed cityscape of downtown San Francisco, and it’s really staggering in the amount of effort the artist must have put into it. The proceeding panels then swoop down onto the bus station where Frank is stepping off, following him into a wide angle panel showing a lampshade dappled street in Chinatown. The artwork undeniably captures the diverse, rich beauty of San Francisco, even as the art style gives it a slightly more muted, noirish twist.

She only looks so pissed off because she can’t find a comb.

The dialogue is The Assignment is just what you’d expect from a taut thriller, and we really get a showcase of this as Frank is in his dingy hotel room, hearing the offer for a suspiciously well-paid job. Like a typical alpha male, he butts heads with one of his contacts, an insidious Triad member called Jin Tao. Seeing them bounce pithy one-liners and veiled threats off eachother is like watching a tennis match of zingers! However, Frank puts his suspicions and dislike of Jin aside in the interests of a big payday. He just has to spend a week in San Francisco, hanging out and waiting for his target to arrive in the city. What could possibly go wrong?

Frank’s fun week in the Bay Area naturally starts with him drinking whiskey in a bar (because he’s too gosh-darned hard-boiled to go on a sightseeing tour). Here he meets Johnnie, a sexy lady who likes low-cut tops, skin-tight pants, red hair dye and looking irritated. She exchanges a couple sentences with Frank before dragging him off to a nearby hotel so the comic can squeeze in its requisite sex scene. She explains she just wants a sexy romp to forget her mysterious and apparently tragic past. Johnnie’s post-coital character development reveals that she’s a free-spirited girl who always ends up falling for jerks. Clearly what she needs is a romance with an amoral hitman. Johnnie’s character feels like a vehicle for crowbarring in some more boobs into the comic. Still, I did enjoy her coquettishly offering Frank her number while claiming it’s better if he never calls, playing every inch the intriguing femme fetale. It’s especially interesting to think what might happen in their relationship given the twist at the end of the issue.

Talking of which, the end of the first issue (which I’ll spoil because it’s telegraphed so heavily it’s hard not to see it coming) sees Frank being incapacitated, waking up months later to discover he’s now a woman. We see in a cutaway that the forcible gender reassignment is down to a mad but brilliant surgeon, whose brother was killed by Frank. The surgeon even provides a sexy red dress and heels for Frank to wear, as if to taunt the virulent alpha male.

Despite Frank having to live as a woman being protrayed as a terrible revenge, let’s get this straight: I don’t think The Assignment is intended as a transphobic or misogynist work. In an interview included at the end of the comic, Walter Hill (who adapted the original story for the comic and movie versions) even notes that Frank’s experience is actually analogous to many trans people: feeling trapped in a body you don’t identify with. However, this shock and terror isn’t conveyed particularly well. Frank just strips off his (or her) clothes, calmly looking in the mirror, checking out his curvaceous new bod, before smashing a chair in rage. I was a bit disappointed that there wasn’t any “phantom pain” of altered body parts and appendages. There’s not thought Frank gives to the implications of having to live as an entirely different sex. The gender-bending doesn’t do much more than give Frank a motivation to go on what will surely be a blood-soaked revenge spree (for the tragic loss of Frank Jr.) Hopefully there will be more interesting exploration of the topic in future issues.

Sometimes it’s hard to be a woman… especially when you have no experience!

Then again, the basic premise of The Assignment is pretty contrived, and it undermines the more gritty, realistic tone the piece is going for. If the mad plastic surgeon wanted revenge, why not go for the person who ordered the hit rather than the middleman? Why make the female version of Frank stunningly beautiful? How is it even possible to alter Frank’s entire build and physique so completely using present day technology? Luckily, I quickly dropped my illusions about The Assignment being a down-to-earth, coherent comic quicker than Frank’s obligatory love interest drops her skin-tight jeans. The Assignment is littered with enough beautiful women, gorgeous artwork and pleasantly pulpy noir overtones to make me wonder how its deliciously absurd plot rolls forward.

Full disclosure: This review is based on a review comic given to Hey Poor Player byt the publisher. 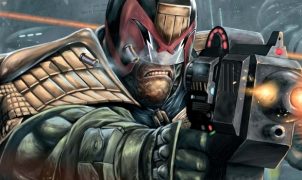